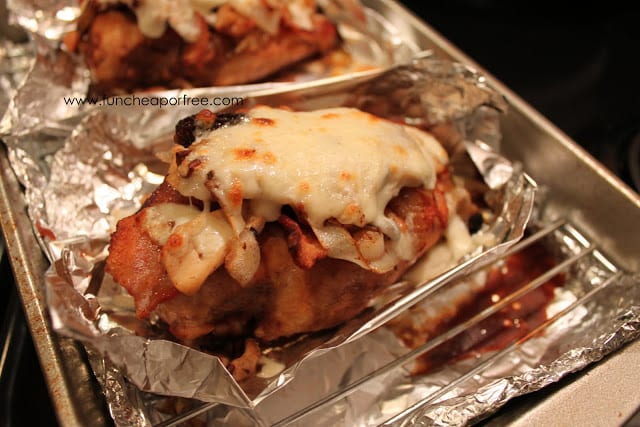 Today I'm sharing a SUPER DELISH recipe with you that I tried this week.

**NOTE** it's NOT the healthiest recipe in the world, but we had eaten pretty healthy the rest of the week so I thought it was time to indulge a little.
You could certainly make this healthier by using turkey bacon, adding more veggies, using fat-free mayo or omitting the mayo, etc…but like I said, a little indulgence once in a while never hurt anyone. 😉

I found the original recipe here and made my own changes to it. Now presenting…

Cheesy Bacon Chicken with Honey Mustard Dipping Sauce
You need:
Chicken breasts (I used two large ones…we only ate 1/2 each and ate the other 1/2 the next day!)
Worcestershire sauce
Bacon
Mushrooms
Onion
Cheese (I did mozzarella, you could really use any type you like)
Honey mustard
Mayo

Here's how I did it: 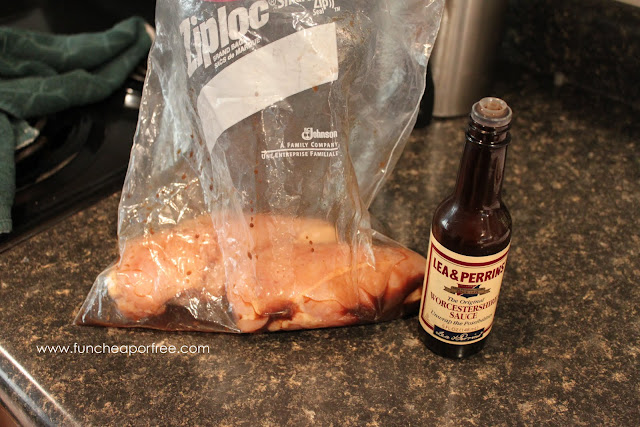 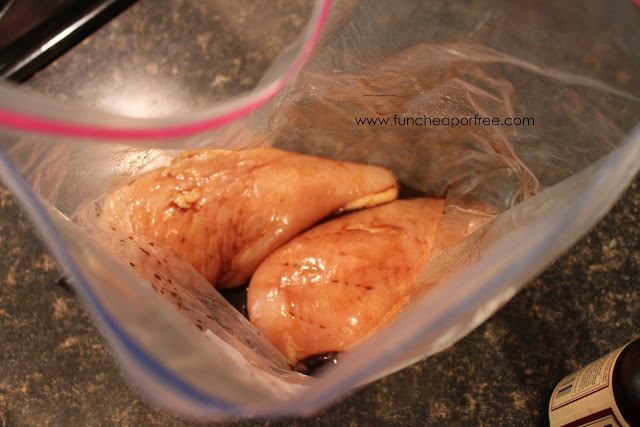 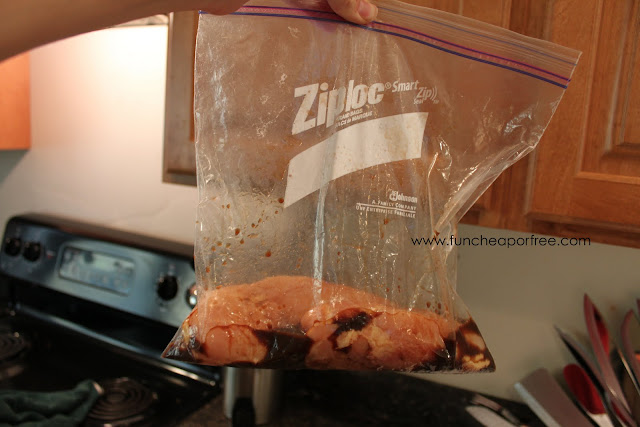 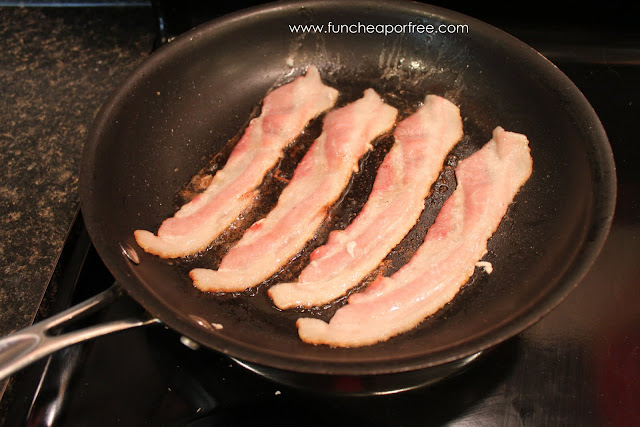 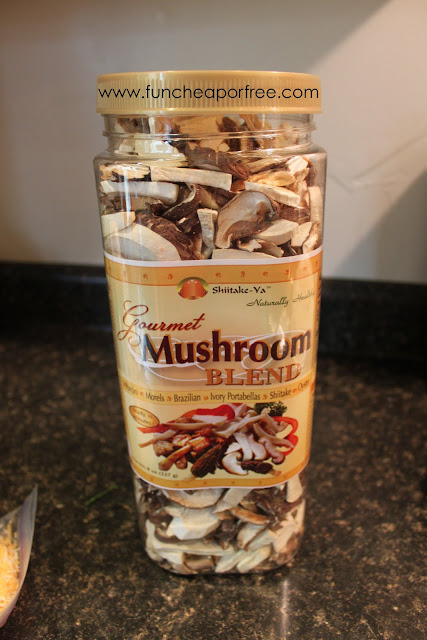 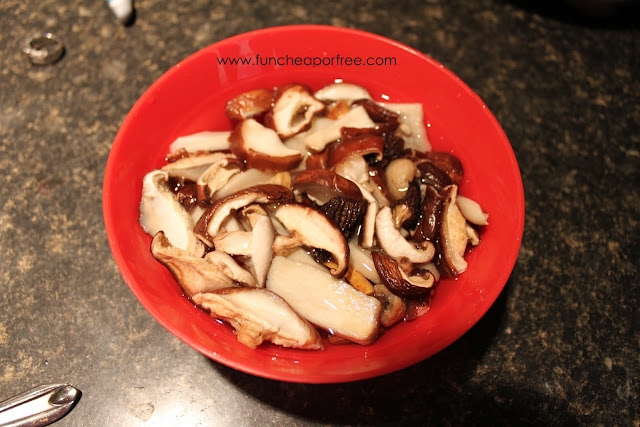 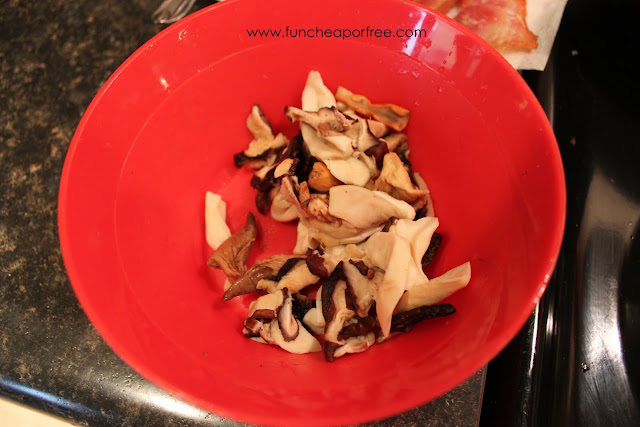 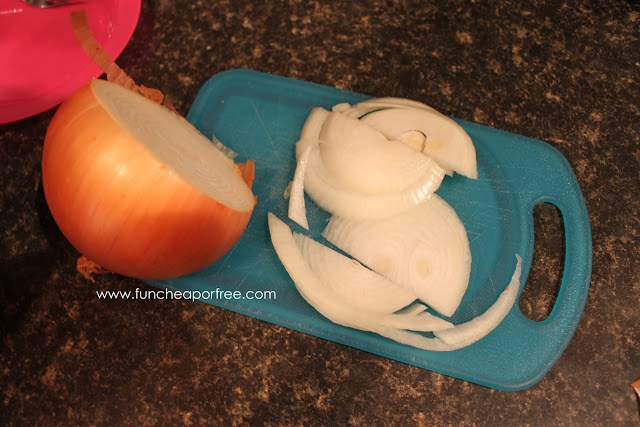 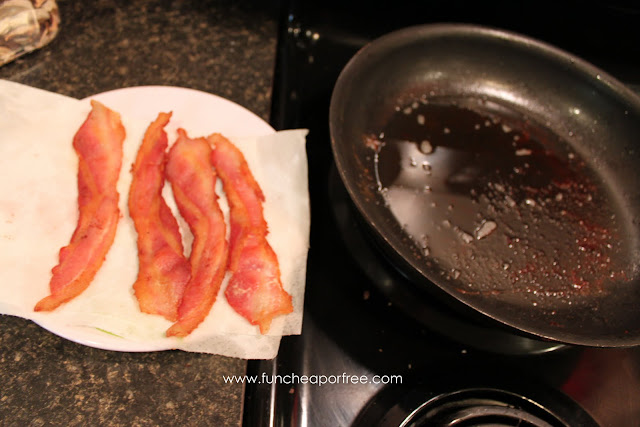 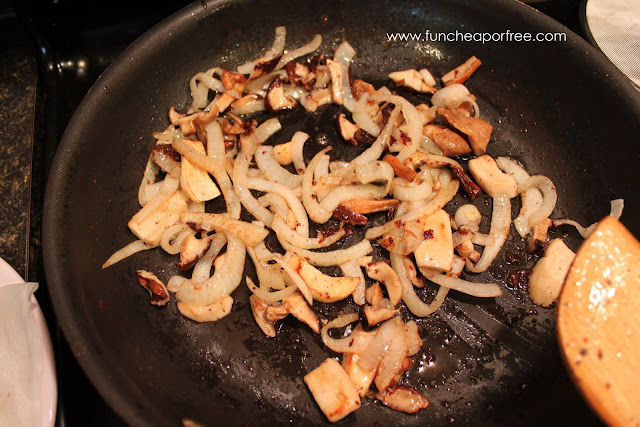 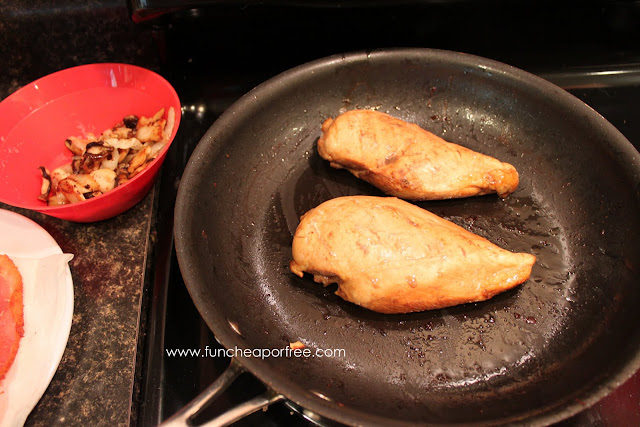 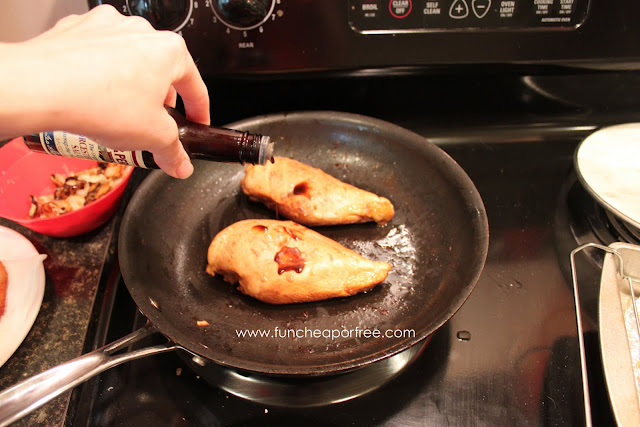 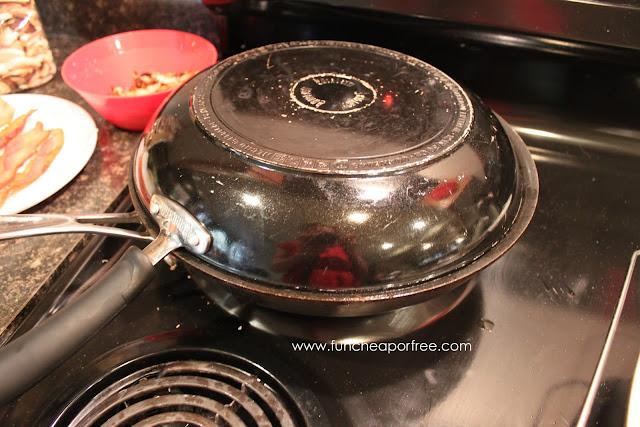 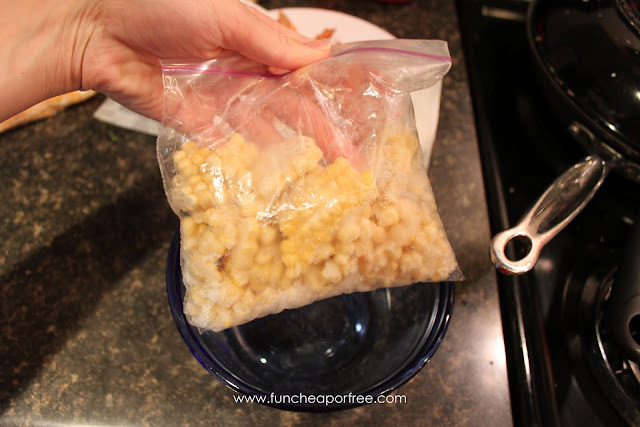 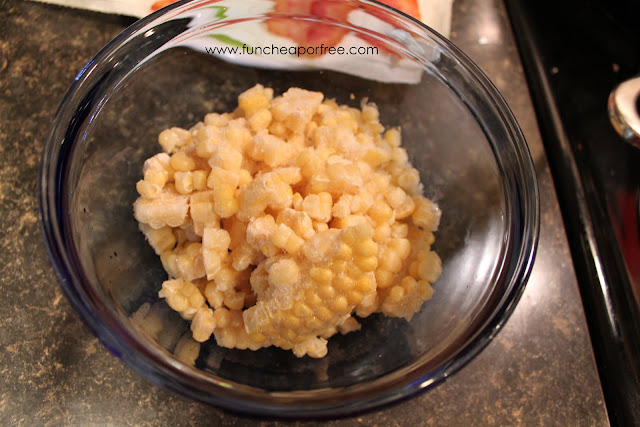 When your chicken is golden delicious… 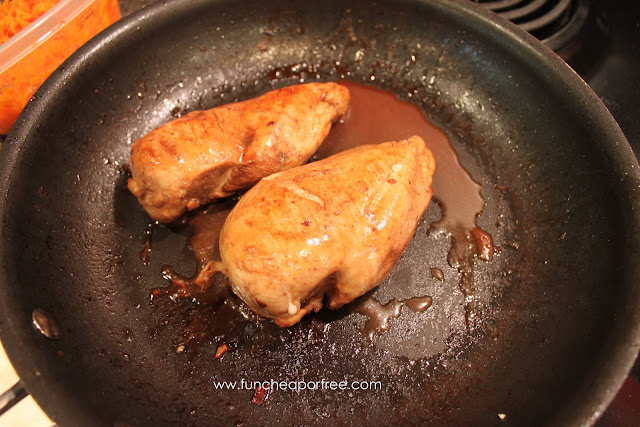 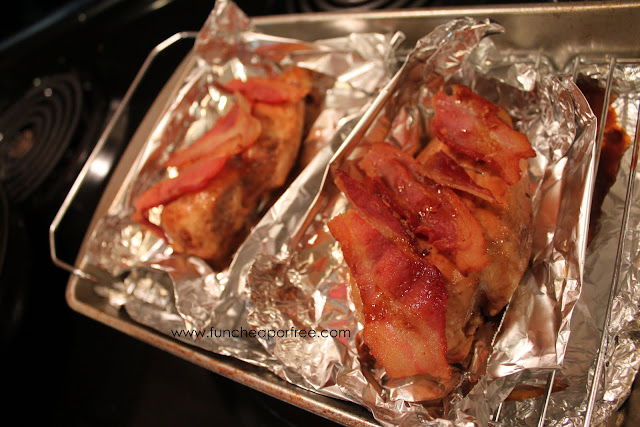 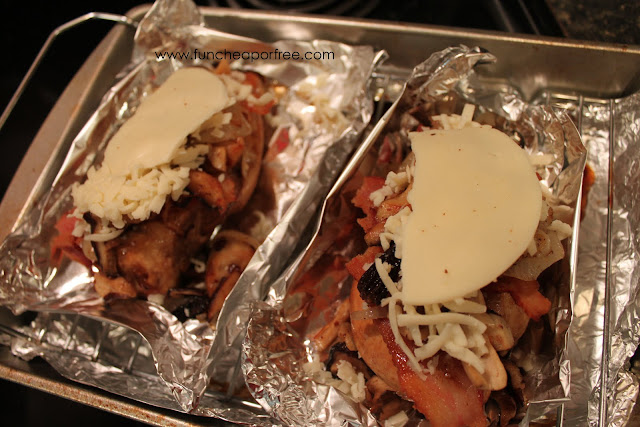 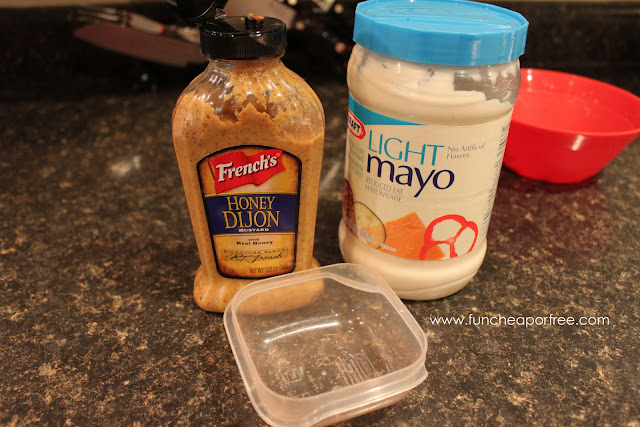 …and mix a little honey dijon mustard with a little light mayo. Mix it together and it's really delish. Totally makes the meal! 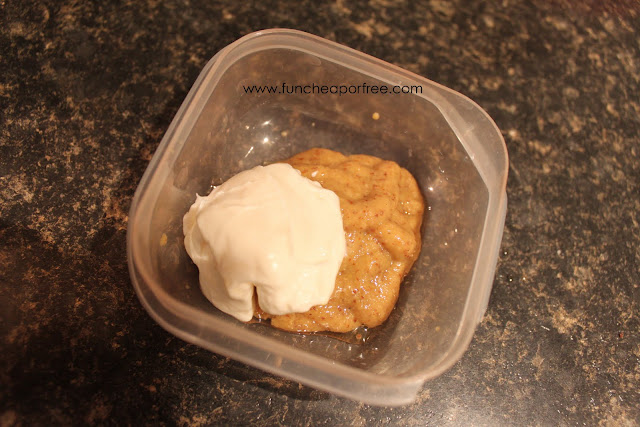 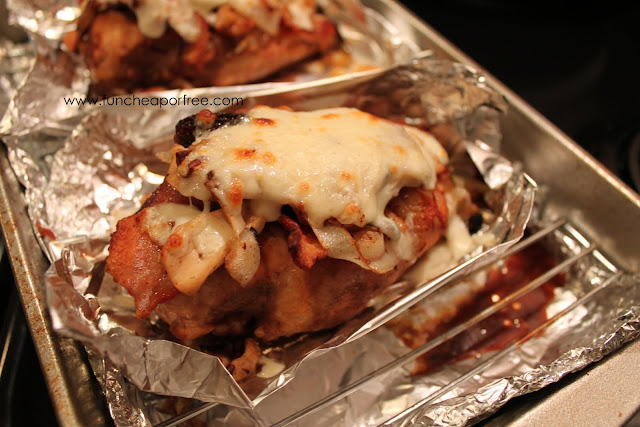 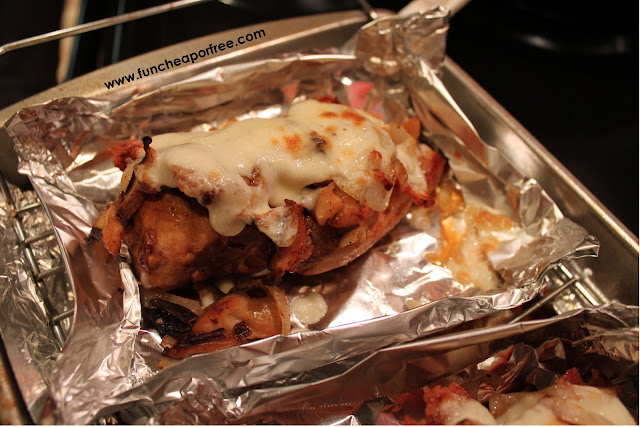