You know the best thing about getting together with a group of people – party games! Yep… that's right! Party games are a great way to get people feeling comfortable and having fun. 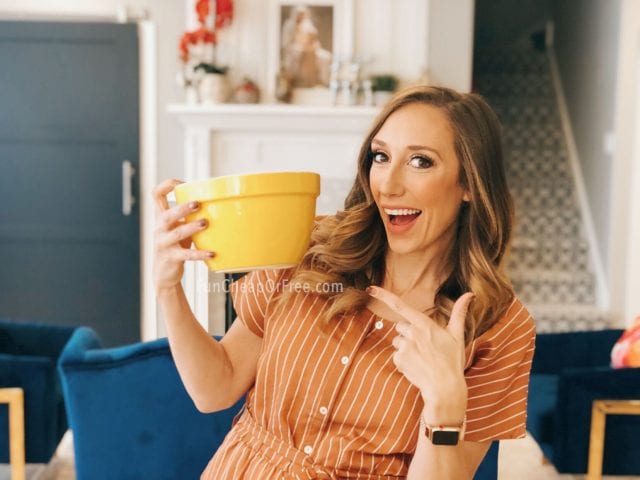 You want an unforgettable party? You need some fun party games up your sleeve – or at least ONE killer party game. I'm about to share with you the BEST party game ever!

If you follow me on Instagram (um…you should, it's a great time over there…) then you've probably seen several IG Stories from parties I have thrown, with people laughing so hard, tears are often shed. That, my friends, is the result of my infamous Bowl Game: THE BEST, funniest, most amazing party game you will ever play.

And I don't say that lightly.

What makes the Bowl Game a Great Party Game?

The Bowl Game is a party game like no other. It is an ice-breaker/get-to-know-you/guessing game that will have you laugh-crying. Guaranteed or your money back! (wink.) Whether you know everyone in the group incredibly well (like family), or whether you hardly know the group at all (like at work, or neighborhood), it does. not. matter. We have played this game at every party we have thrown for almost 3 years now, and we have never had a fail on it yet! It's always a hit. You want to give yourself a good hour to play it, because once the stories start flowing, they just don't stop! So we typically choose this as our one and only game…and it's usually all you need.

After teasing it for over a year now, I thought it high time to teach you how to play, so you can enjoy as well! Let's just jump right into it, shall we?

Read on to find out everything about this infamous party game that we are absolutely obsessed with. 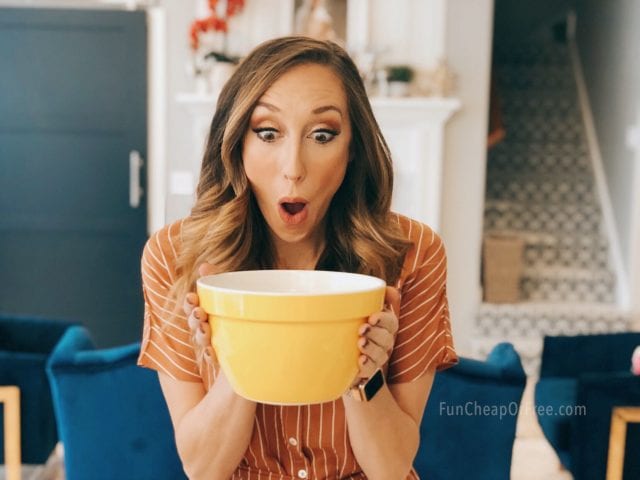 How to Play the Bowl Game:

If you've never played before, here are some tips to make the game a little more fun right off the bat!

You can always have a grand prize for the winner, but the laughs and stories really are the grand prize.

*Note, you can really play this at any party, but we have found it to work best at adult/couple parties.

So there you have it…

The Best Party Game Ever!

Quite possibly the best game in the universe. Try it, let me know what you think! And be sure to share YOUR favorite party games below. 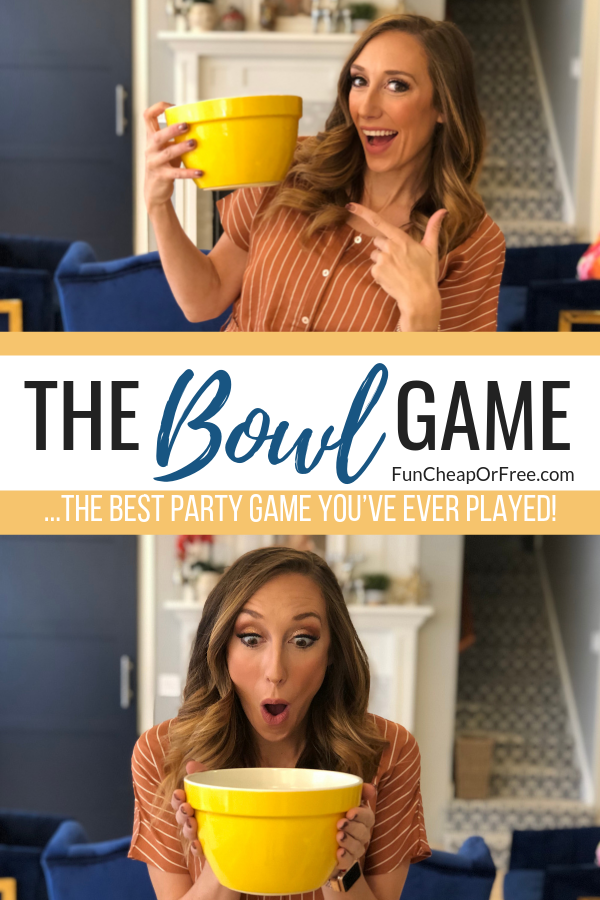 Looking for more party tips? We've got you covered! Check out these Cheap Party Food Ideas – cause you know every good party needs some delicious food.

Want some more genius ideas to really up your game? We're talking the game of life, here, folks! You gotta try out my Block Schedule System for a more productive life!

Don't forget about my Secret Sauce online budgeting program, Budget Boot Camp! Super fun video program that makes money easy to understand. All you need is a screen and you're set!
And don't forget, if you don't save at LEAST what you paid for the program, I'll refund every dime. You've got nothing to lose! Use the code FCFBLOG to get an extra 10% off, because I love you 😉
entertain Fun game laugh party
Comments: 25
Share:

7 Ways to Save Money When Hosting a BBQ

Baby and Kids, Entertain, Holidays, How To Save Money, Lifestyle, Party, Video