Follow us
About Jordan, Finances, How To Save Money, Inside FCF, Inspire, Motivation, Shopping Tips

I may be cheap, but I am no cheapskate. 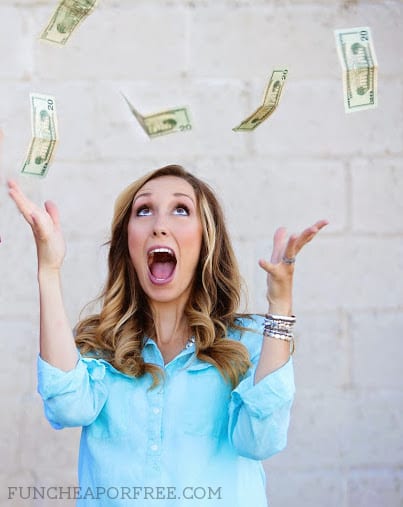 Part of my mission with FunCheapOrFree is to give “frugal” as we know it a big, fat, slap-in-the-face facelift. Often times people think of frugal or cheap as having a negative connotation: leaving a miserly tip, borrowing things or money and not giving/paying it back, giving crappy gifts to people, wearing outdated ratty clothes, being stingy in basically every aspect of life.

What I – hopefully – am accomplishing with this blog is to teach the world that “frugal” gives you the power to be the exact opposite of “cheapskate”! Being frugal allows you to do more in life; to buy better things for people than you would be able to otherwise, to seek and find more opportunities to stretch your dollars, thereby giving you more opportunities to bless people.

By being frugal Bubba and I are able to feed more people and entertain more in our home, give better gifts, create incredible memories with our kids, strengthen our marriage and go on regular dates, offer 10% of every dime we make to tithing for our church, offer to pay for people at dinner or lunch, sponsor families at Christmas, and, be honest (as annoying as it is) in Kmart shoe debacles.

I somehow failed to pack closed-toe shoes for Beck on our last-minute trip to Oregon to visit my family for 2 weeks. I ran over to Kmart (basically the only store in my parent's small town) one day to see if I could find something on sale for him, so he wouldn't be miserable in flip flops (which he despises) the whole trip.

I found THESE cute shoes that not only fit his wide feet, but were also on clearance for around $7. BINGO. 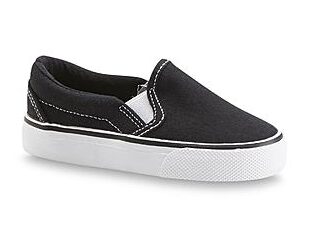 The shoes were so cute and such a great price, I got one pair for each of my 3 kids (don't worry they were all different styles…I'm not that matchy-matchy). I also found a jackpot of summer t-shirts and shorts on clearance and bought a whole stack (they were all $3 or less! I couldn't resist! Plus, I didn't have to grocery shop that week so it was a good opportunity to use my grocery money for the week on back-to-school clothes).

When I got home I looked over my receipt (which I always recommend doing, by the way. Often times clearance items ring up incorrectly, I hate to say it, but especially at Kmart. They are known for register errors).

They failed to charge me for the 3 pairs of shoes.

All sorts of justifications ran through my head, tempting me to ignore the error: “it's on the other side of town”…”I don't have time to go back, even if I wanted to”…”it's their fault they didn't charge me for them”…”I bought so much other stuff it all works out in the end”…

But…though I am cheap, I am NO cheapskate.

The next day I rushed back to Kmart amidst the crazy scramble to get things packed and ready for the week-long trip to the beach we were taking the next day. I had all 3 (tired, cranky) kids with me because my parents were busy. While there, I picked up a few additional things we needed for the beach, then headed to the register. I lucked out and got the world's nicest, but slowest, most error-prone cashier on the planet. You had to feel bad for the guy…What should've taken 3 minutes took 10 or 15. Everything he rang up seemed to beep with an error or problem.

Oh great, this shoe thing is going to go over well…

Again, I was tempted to keep my mouth shut and ignore the shoe thing…But I am no cheapskate.

So as he finished ringing up my new items, I explained to the nice but clueless cashier, “I was here yesterday and you forgot to charge me for 3 pairs of shoes, so how do I go about fixing that?”

He looked at me like I had just spoken in Gaelic. I explained myself again, thinking he didn't hear me. Again, nothing. Finally he mumbled something to the effect of, “oh wow, yeah, not sure what to do about that…um…yeah that's interesting….” And trailed off.

Yup, this is going reeeeeeally well… (as Hutch falls off the railing he was climbing on, and Beck and Priya start fighting over my phone and crying in the cart).

I'm going to spare you the pain. But let's just say that 35 additional miserable minutes later, I finally found someone in the store who could figure out how to charge me for the dang shoes (after the cashier tried and messing it up 3 times, getting stuck on the phone with another customer, chit-chatting with the worker on break next to her, and hand-writing down numbers instead of typing them in directly…still not sure what the logic was on that one). FINALLY I was sent on my grumpy way, $21 poorer for it. 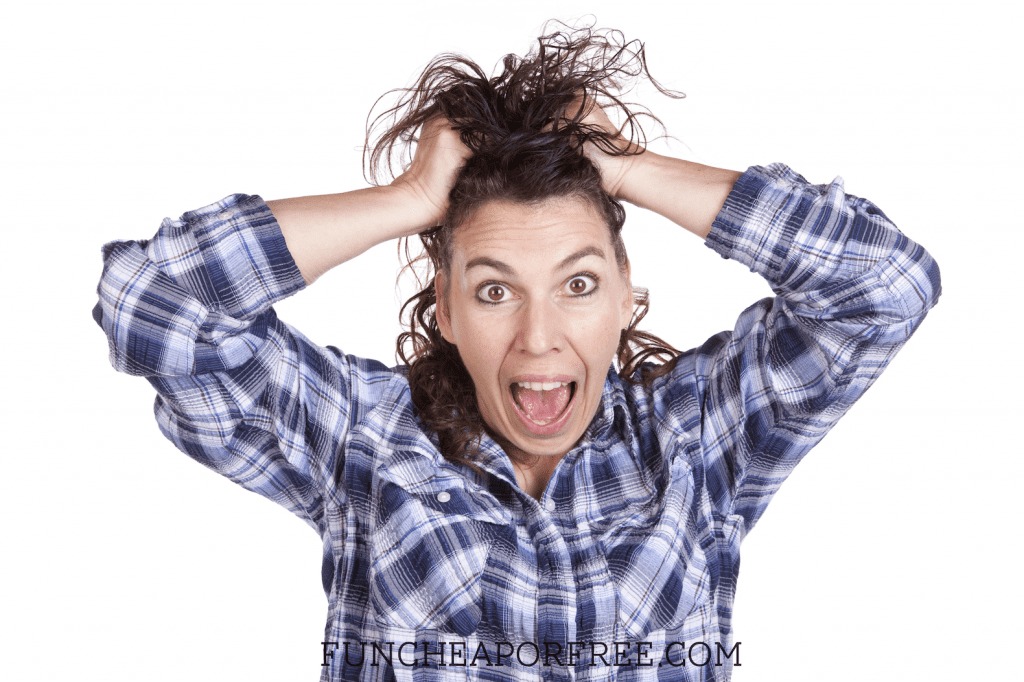 As I was turning to leave the lady who helped me made a comment. She said, “I think you win the award for the most honest shopper.” She said it in a joking manner, but it made me smile inwardly. I looked at her and said,

“I may be cheap, but I am no cheapskate” and walked out of the store with my head held high.

…and my kids bawling, bored, and emotional wrecks in the cart.

I talk about the difference between being cheap and being a cheapskate in my “Being frugal vs being a cheapskate” post. But again, I want to remind and encourage all of us frugalistias in the world to set the standard high; to be the example of what generosity, honesty, and classiness looks like.

I take pride in the fact that I am cheap; that I will take time to find a good deal. I carry coupons with me in my car. I wear yard-sale clothes and get giddy over hand-me-downs for my kids. I don't care about name-brands. I get no joy out of hoity-toity overpriced meals. I feel no desire to shop at expensive department stores. I will find a shortcut or trick to save me a buck, because those bucks add up.

…and allow my kids to wear cute shoes. Even if they were on clearance. 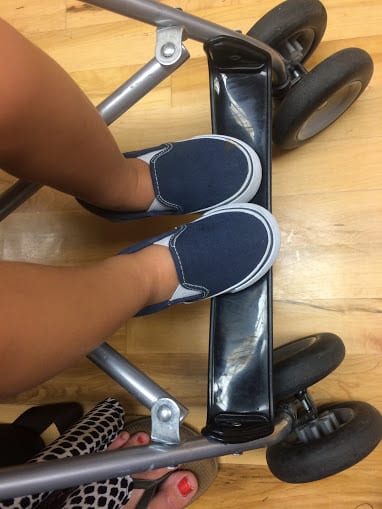 Inexpensive Meals for Large Groups - Feed Friends on a Dime!

How to Remove Sticker Residue - 7 Tried and True Hacks!

20+ Halloween Activities for Kids at Home