Follow us
Baby and Kids, Family Time, Finances, Freebies & Deals, How To Save Money, Lifestyle, Relationships

You don’t have to spend money to have fun, you know. 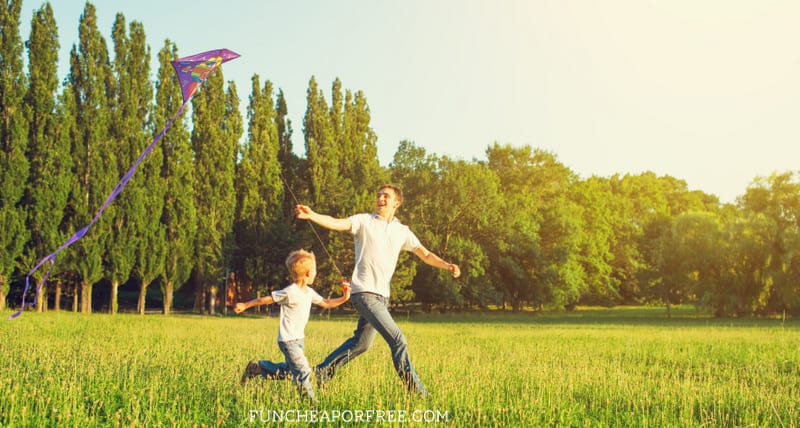 Being back in my tiny, rural home-town with no memberships to bail me out of a long day with bored kids, I've been reminded that you don't have to spend money to have fun! (And the fun you have that is FREE is probably more meaningful, anyway.)

As I mentioned yesterday, there were two things that came to mind as I've been on on my spontaneous trip to Oregon. The first is that NOW is the time to use as much of your weekly budget as you can spare to start buying ahead for Christmas, back-to-school for next year, and even next Summer if you can.

Since being back in my teeny tiny hometown in Oregon for the last week, I'm reminded that…

You don't HAVE to spend money to have fun.

No brainer, right? I've always known this, preached it, and even lived by it…or so I thought. But since being here and not even having a swimming pool in this town, let alone my aquarium membership, gym membership, children's museum membership, pool pass, fun centers, play groups, bouncy houses, trampoline gyms, zoo, summer camps, amusement parks, and discounted movie theaters to take the kids to, I found myself getting worried. I have actually thought to myself, “What am I going to do with the kids in this town of nothing to do?”

Shame on you, Jordan! This is exactly the kind of mentality that got us into our rough financial situation in the first place;

the false notion that MONEY is what allows you to have FUN.

Now, don't get me wrong…we've learned how to work these memberships and activities into our budget, and I always try to find a deal (of course). BUT…

When Bubba and I decided to stop getting by and start getting ahead, we buckled down. We call it “going to ‘the Ranch'” (comparing it to the show The Biggest Loser and the fact that they go to “The Biggest Loser Ranch” to give up life, work out 6-8 hours per day, and eat basically water and lettuce for months at a time in order to lose as much weight as they can, as fast as they can and kickstart the rest of their lives).

We sold our car. We stopped eating out. We stopped spending money on entertainment. We stopped shopping. We focused every dime we could on getting out of debt (which, we had $10K on just ONE credit card. ONE! And yes, we had several.) Oh and just for the record, we got out of debt in just 14 months, while making a $30K salary that year and having $0 in savings.

Did we give up lots of things? Um, you bet your bacon we did. (No, literally. We gave up bacon because it was too expensive.) Was it hard? Yes, it was DANG hard…

Then an interesting thing happened.

We grew closer. We talked more. We spent more time at home. We got creative. We didn't have cable TV and lightening fast internet to distract us any more. We planned cute, creative dates for each other instead of just going to dinner and a movie every weekend. We started making gifts for each other instead of buying them…making for some INCREDIBLY thoughtful gifts. And the most surprising…

We started having an insane amount of FUN.

That's right. Without spending a single dime most of the time, we started having SO. MUCH. FUN. It's amazing how much of our world was suddenly opened to us when we were forced to start taking notice!

Flash forward 4 years later, we are still debt-free except for our mortgage, and Bubba is now taking a steady, solid paycheck (glory Alleluia!).

…and we've started getting lazy.

Being here in Oregon, the kids and I have been forced to get creative. To look for things to do that don't involve having a membership somewhere. It has been such a refreshing reminder that you really don't need to spend money to have fun!

Here are some of the fun FREE things we have been up to:

Playing with buckets, hoses, and toys in the front yard instead of paying to go to a pool: 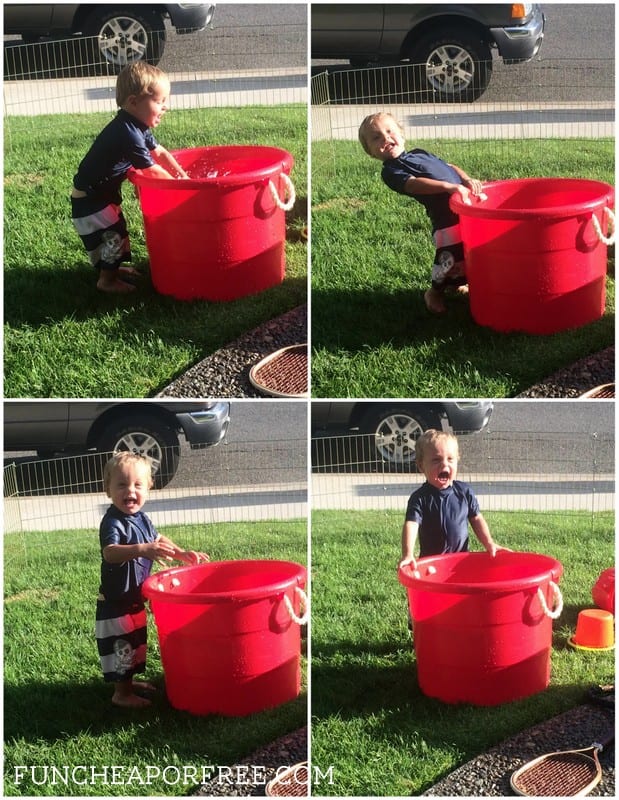 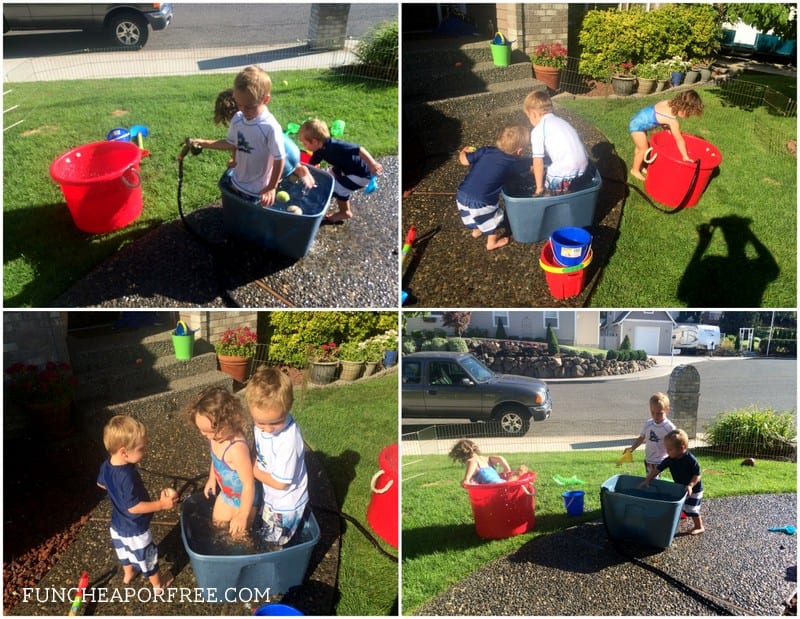 We drove through the a local wild animal farm to see the animals being raised there (free!): 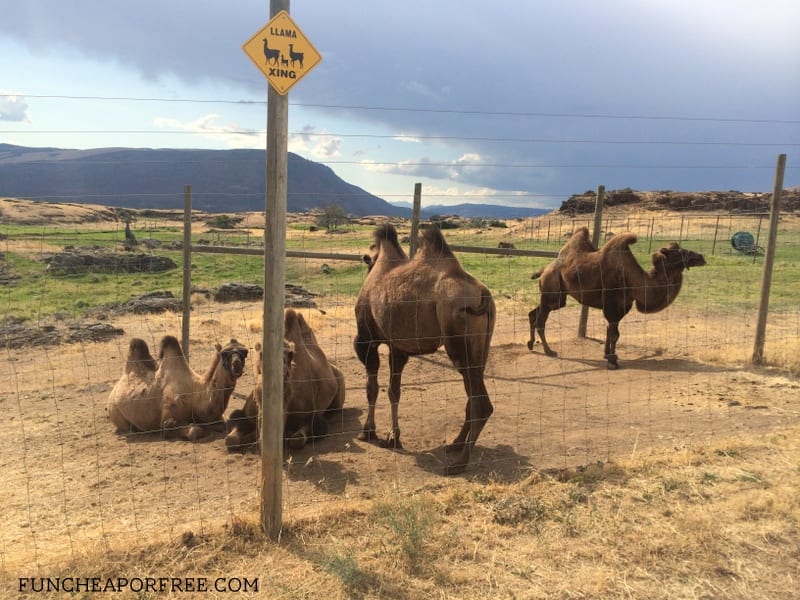 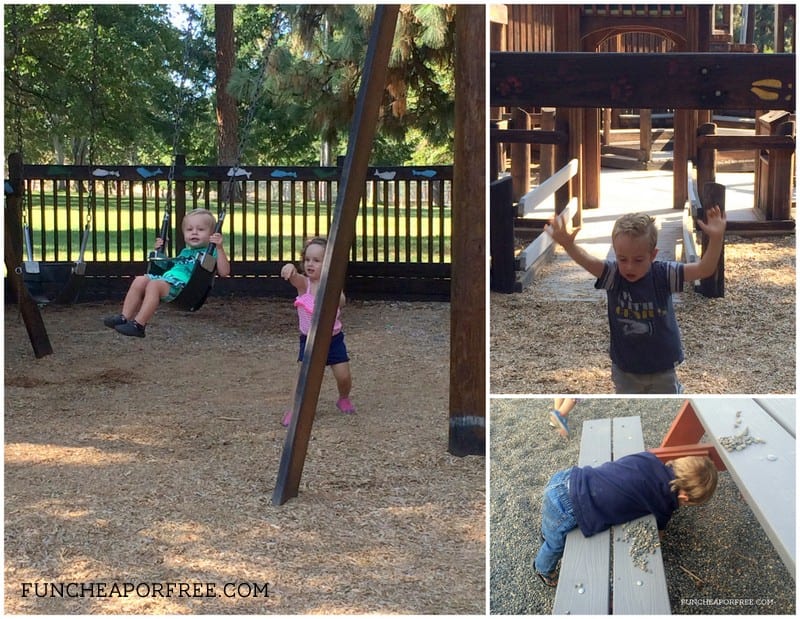 We took advantage of a local free arts & crafts day: 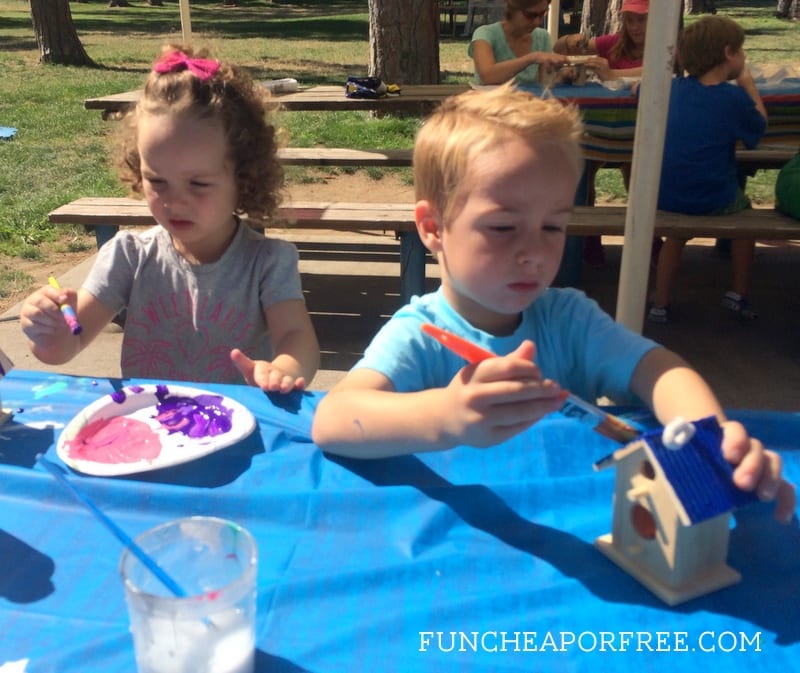 We played at the river (and even borrowed the free life jackets provided there) and collected dozens of shells, which we plan to hot-glue to the bird houses the kids painted: 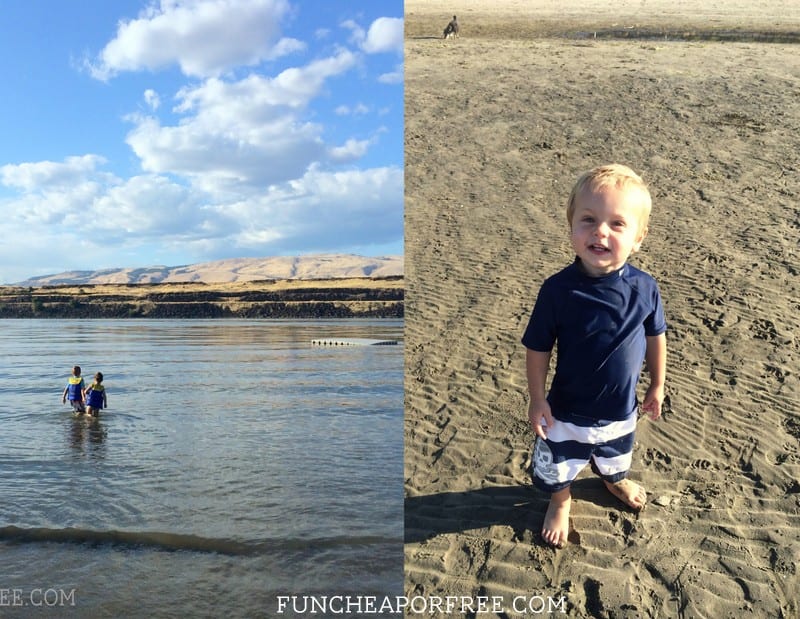 We went on walks…wearing coordinating outfits, of course (ok so the coordinating wasn't actually on purpose, but it's still pretty funny…) 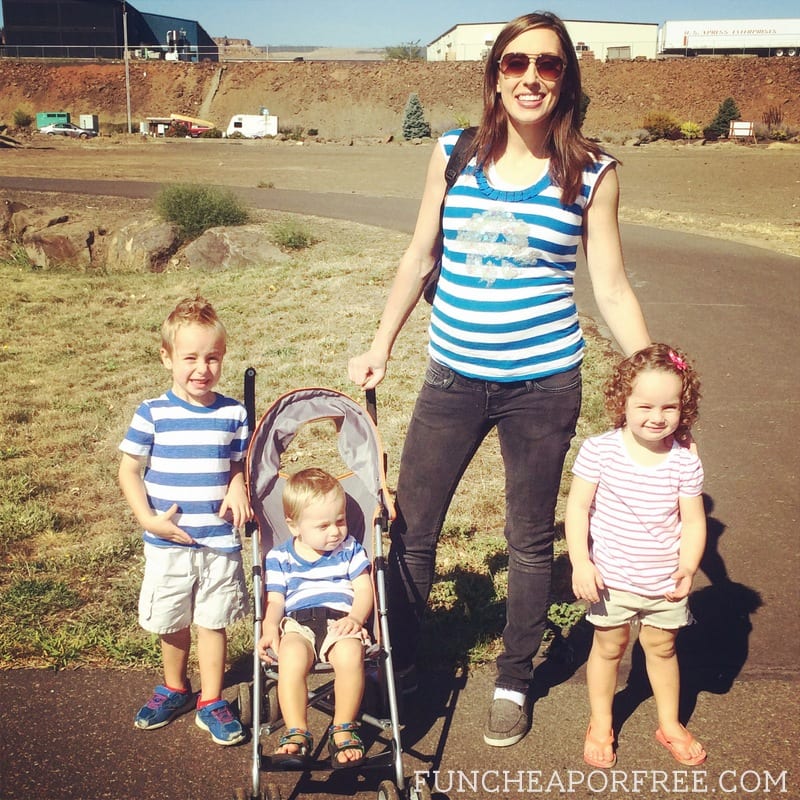 We had a pizza and movie party at home instead of giving in to the temptation of paying $10 per ticket to go to a movie theater,

And have enjoyed countless good conversations, back scratching episodes, and stories together – especially with Mimi and Grandpa. 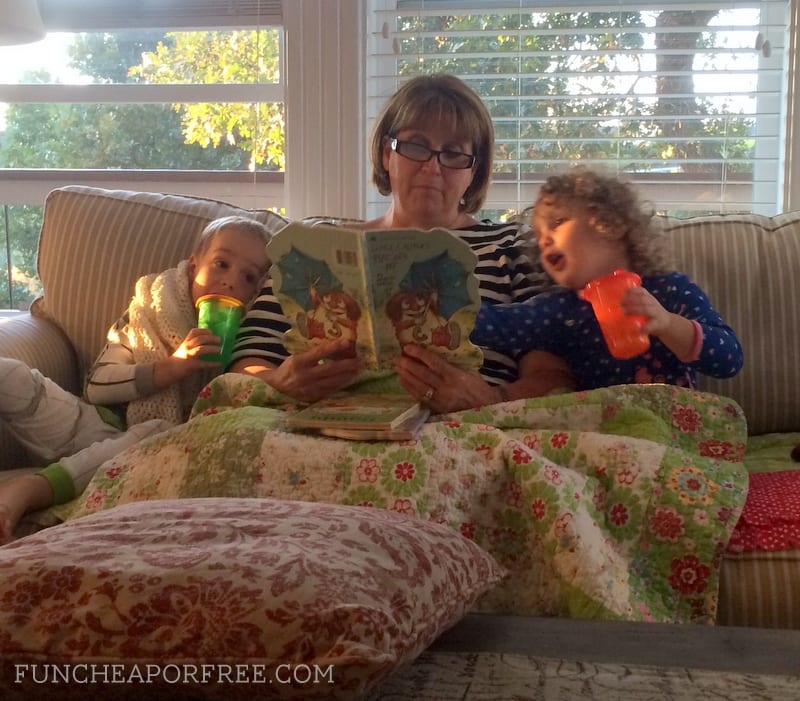 I'm grateful for my sleepy, tiny, “boring”, rural home town and for the reminder it gives me to stop, slow down, put the wallet away, and enjoy some FUN together.

Enjoy that food for thought!