When a box of granola changes your life. Like, literally. 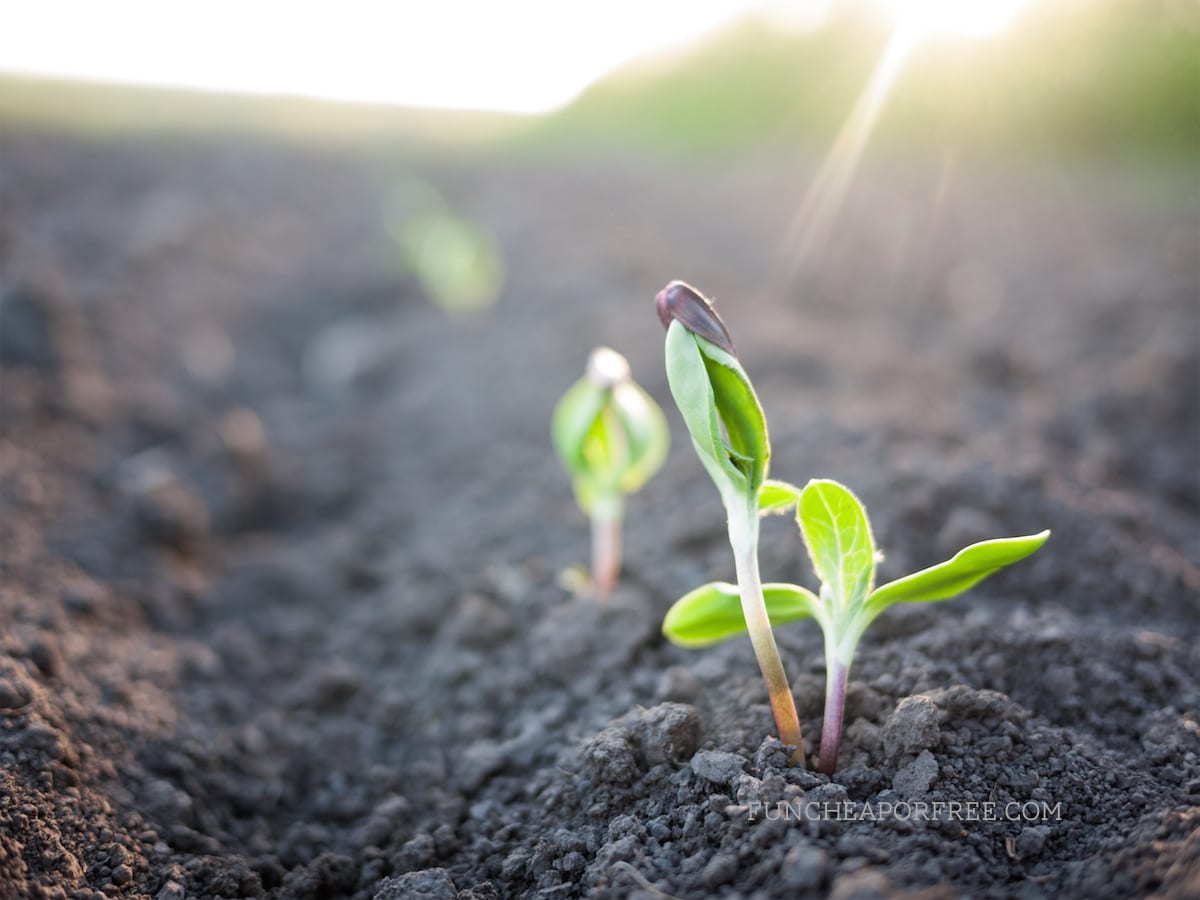 Do you ever find yourself comparing how you do something, to how you “should be” doing something…and as a result, whether you realize it or not, you end up doing nothing at all?

Say that 10x fast. Let me see if I can explain better.

I hate to bake. Like, super hate it. (Which, I'm sure, is no surprise to anyone who's been following me for longer than 2.3 seconds.)

I'm terrible at it, I don't enjoy it, I don't like cleaning up after it, and I don't get why people like it so much (other than to eat the goodness, I guess). However, I should bake. I need to bake. I want my kids to enjoy homemade goodies, smell the smells, eat the eats, and learn the skills for themselves so they can hopefully conquer the baking world waaaaaaay better than I have. Because everyone should bake and love to bake, right? My mom loves to cook and just so happens to bake pretty darn well. I grew up learning to avoid using boxes or mixes, and to bake make things from scratch instead.

Flash forward to my life now.

I've got little kids everywhere, no desire or interest in baking, and certainly not much time to do so. Yet…it's on my “I really need to get my act together and do this someday soon” list. Which, there is no problem with overcoming obstacles and improving practical skills! A goal of mine over the next few years is to redo the kitchen in the house we are buying, and to make more time to bake. But I can't. Not yet. I don't have the picturesque kitchen in the next house. And I don't have time to bake from scratch. And I don't really want to bake from scratch. Too many dishes and too many things going on. So I'll push it off just a little longer, and will do it in a few years when I have more time. And a better kitchen, of course. So until then, I choose to not bake. At all.

The other day I had Bubba stop in the store on his way home to meet me and the kids for lunch, and grab me a can of biscuit dough I needed for a recipe. He came home, biscuit dough in hand, and proceeded to pre-heat the oven.

Me: “Oh not yet, we're using those in a recipe for dinner so no need to bake them.”

Bubba: “To go with lunch, yeah. Why not? They looked good. And they were like, a buck.”

As I stare at him like he had suddenly sprouted a set of baby arms, he opens the grocery bag and pulls out a can of pre-made cinnamon roll dough (complete with frosting) pops it open on the edge of the counter, lays them out on a tray, and 8 minutes later we had hot, delicious cinnamon rolls to enjoy with our lunch.

My initial thoughts included: “But, cinnamon rolls? In the middle of the day? That's breaking the rules of some kind. But, wait, they are from a can! We don't bake from a can! We bake from scratch. Someday. When our kids are older and our kitchen is redone and I make time for baking and such. This isn't how you're supposed to do it!”

No joke, this was a serious slap-in-the-face, AHA moment for me. It's embarrassing how affected I was by it.

So let me ask this again…

Do you ever find yourself comparing how you do something, to how you “should be” doing something…and as a result, whether you realize it or not, you end up doing nothing at all?

Today I tossing out an empty granola box. I've opened the box a hundred times before, but today something caught my eye. On the inside flap of the box was a printed quote that struck me, and perfectly goes along with my eye-opening realization for the week: 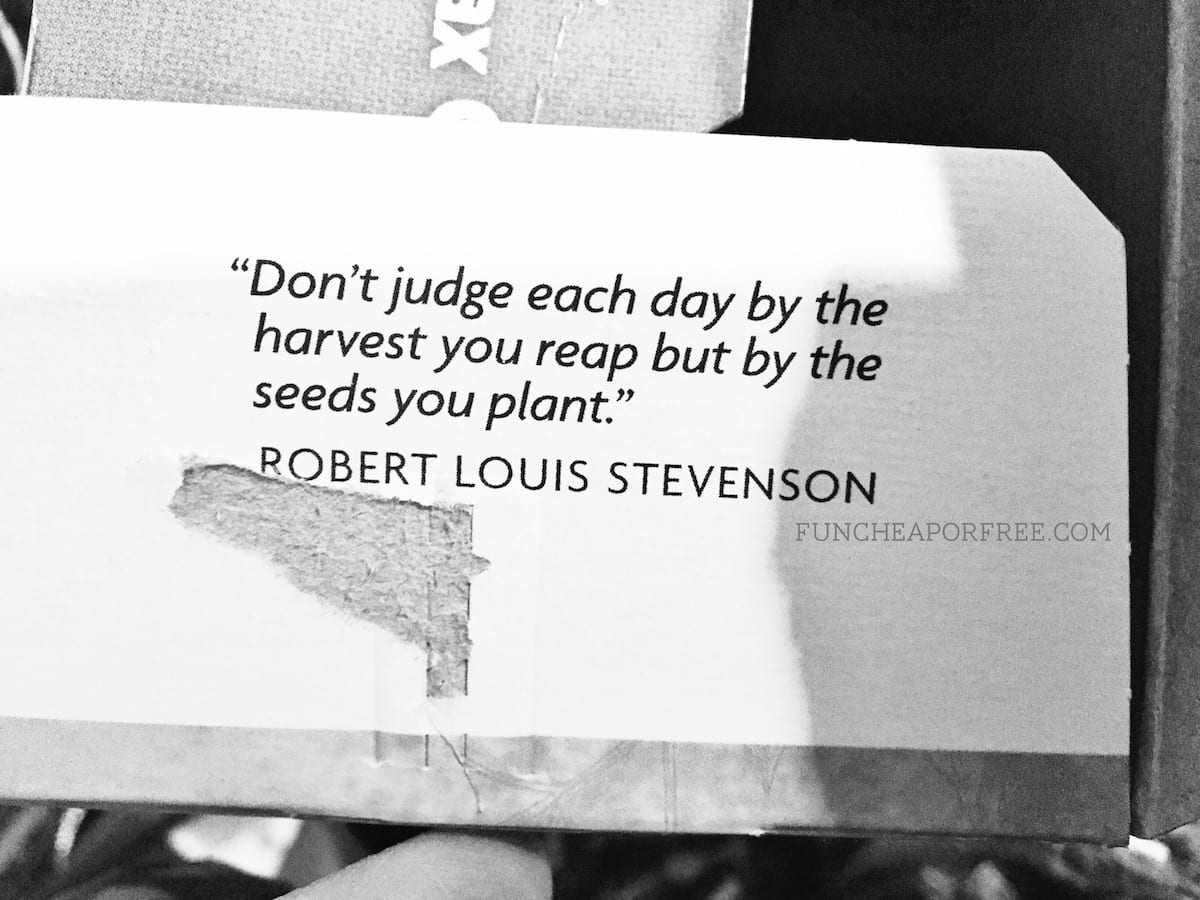 Don't judge each day by the harvest you reap but by the seeds you plant. – Robert Louis Stevenson

Oh how right you are, little box of granola!

Without realizing it, I was choosing to do absolutely nothing, simply because I wasn't doing it “right“.

I'm unable (and most days uninterested) to bake the way I pictured I needed to be baking…the way my mom did it, the way I see cute moms doing it on Instagram with their happy family gathered around their bright white kitchen…the way it's supposed to be in the cookbooks and on trendy websites.

The ironic thing is that I take pride in the fact that I truly don't really care what other people think! I make a defined effort to focus mainly on the opinions of my God, my family, and my close friends, and not let the world distract me from that. Yet somehow this “nothing is better than something” (false) mindset had seeped in over the years.

I'm not going to fuss about how I should be doing things any more – subconsciously or otherwise. I'm going to just do what I can, because I can, because I want to, and because at the end of the day…it's better than nothing…and something is ok with me right now.

I challenge us all to work on not fussing over the harvest so much that we fail to plant the seeds in the first place.

What will be your “SOMETHING” this week??

Let me know in the comments below!

Hope you all have a fabulous week filled with processed cinnamon roll dough! XO

The gift of self-reliance

The reality of our dreams.

Freebs Night Out: Ladies Night Recap...+ join us for the next one!