Someone tried to BREAK IN!! How to keep your family safe! 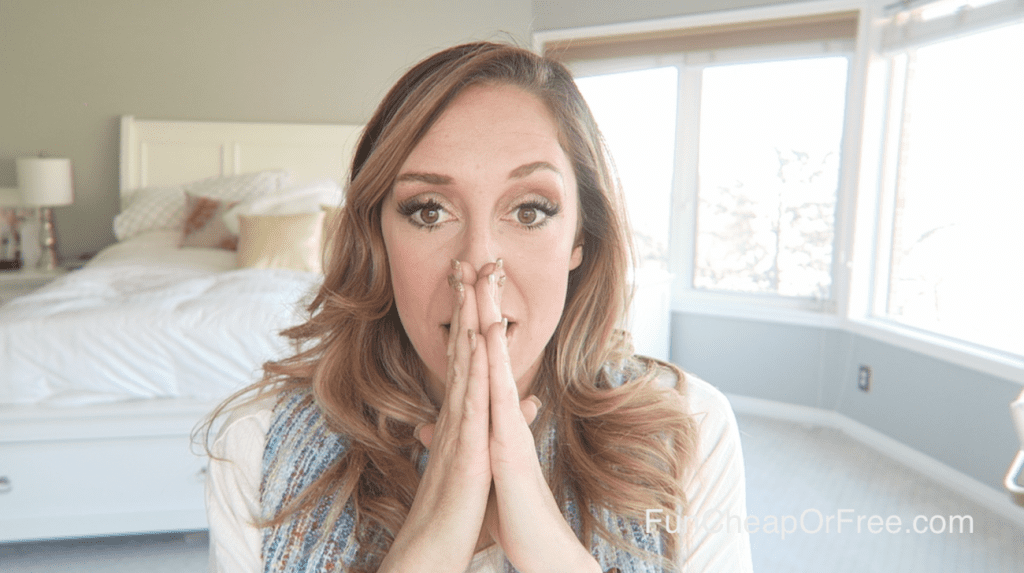 If any of you have followed me for a while (especially on IG stories…) then you know I LOVE a good, dramatic story.

Well, apparently, you do too!

About 6 months ago during a Q&A Tuesday live video, we shared that someone had tried to break into our house the night before. I didn't go into too much detail because, firstly, I was still pretty shaken by the whole situation. But also, because I was extremely frustrated and disappointed with our security cameras that (regardless of the fact that they were facing DIRECTLY at the perpetrator) captured NOTHING of the ordeal and left us with a lot of questions. *Enter whiny voice and foot stomping*. I knew I couldn't go into much detail at the time until I had found a security solution I felt good about sharing (since I'm VERY protective over what I promote to my Freebs family!), and promised y'all that when I DID find a solution, I would not stop until I got you the BEST deal on it.

But first, the dramatic tale I PROMISED to tell you about!

Watch the video online or click and watch below, then head back here for the deal you've all been waiting for!

Again, as explained in the video, I'm not typically a fear-based person, and I'm not looking to scare anyone into making any rash decisions. But, burglars aside, we love the peace of mind and close calls that our security system, cameras, smart thermostats, and doorbell camera have given us (see my additional list of stories below! You won't believe some of them…) and I'll never NOT have a security system again.

Why I hunted Vivint down like a rabid dog…

It took me months (and a crazy story of how I FINALLY got in touch with the right person, and it might have involved an airport security line, believe it or not…), but here's why I was so insistent on working with Vivint on providing this deal for you:

Now, since I didn't want my video to be 8,000 minutes long but I have SO MANY juicy stories to tell, here are a few good ones for anyone who's curious…

Too many situations to count, I'm just grateful for the peace of mind and confidence.

So there you go!

There are my crazy stories, and the hope that this one post and video helps SOMEONE, somewhere, prevent a potentially scary situation. Either way, hopefully it appeased your curiosity about what happened that night.

Either way, stay safe out there, Freebs!!

Ps…Robbers, if you're reading this, don't even bother coming to the Page household. We are locked and loaded, more prepared than Macaulay Culkin. Go waste your time on someone else.

My Varicose Veins Story: ALL Your Questions Answered + Video

Emergency Preparedness + Food Storage - How to Keep Your Family Safe on a Budget!

Packing Tips GALORE! How We Pack for Trips (with Kids!)