Can you feel the Super Bowl energy in the air?? I sure can! So I'm having one of my favorite bloggers, Shandra from Deals to Meals, share the all-star lineup of perfect Super Bowl foods…all using the same Best Basic French Bread recipe! Talk about a touchdown.  In this recipe she'll share her tried and tested best ever Pizza Benders (Calzone) recipe. Take it away Shandra!

We have a favorite pizza joint that we don't get to nearly as often as we would like. It is a 30-40 minute trip to this restaurant, but it is well worth the drive! It is a little whole in the wall pizza dive called The Italian Village. They make the most amazing ‘pizza benders'. I have been going there since I was a teenager in high school and have loved it ever since! The place is not much to look at, and in reality there is not much on their menu I like other than the benders. They are the only thing we ever order and they are all around fabulous. I was craving them tonight and thought I would try a few tricks to see if I could get the dough texture right, the filling and the sauce down. I think we did it! I even used our White Bean Pizza Dough which added a lot of nutrients to an otherwise somewhat unhealthy meal. I hope your family enjoys these as much as we did tonight. They were a HUGE hit! 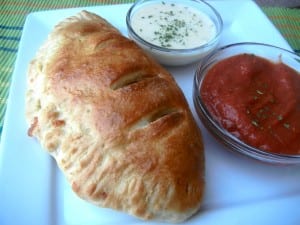 Get a printable version of this recipe HERE, see step-by-step pictures on Shandra's blog HERE.

Step 1: Make up a batch of your favorite pizza dough recipe. Let the dough rise for about 30-60 minutes or until it grows to the top of the bowl.

Step 2: Cut the vegetables and meat that you would like used in your bender. Shred the cheese if it is not shredded already.

Step 3: Place the dough onto a lightly floured counter top. Divide the dough into equal parts depending how many benders you would like to make. Cover the dough you will not be rolling out so it doesn't dry out.

Step 4: Place one portion of dough onto the floured counter and roll into a circle about 8-10 inches wide. If you like thin crust, roll the dough out as thin as you can. If you prefer a thicker crust, roll it out a little less.

Step 5: Use a 8-10 inch bowl (or any size) and place it face down onto the dough circle. Trim with a knife the excess dough away from around the bowl.

Step 6: Fill half of the dough circle with your desired ingredients. Do NOT add any sauce to the bender on the inside or it will get too soggy.

Step 7: Sprinkle the inside of the bender with lots of cheese (any cheese or combination of cheeses would do).

Step 8: Fold half of the dough onto the other half. Bring the bottom edge up on top of the top portion of dough to try and seal shut the bender. With a fork, firmly press the fork all the way around the bender half that is open. Cut two or three slits with a sharp knife on the top of the dough.

Step 9: With a large spatula, pick up the bender and place on a greased cookie sheet or baking stone.

Step 10: Beat one egg in a bowl and brush a thin layer of egg all over each bender.

Step 11: Bake on the bottom shelf of the oven at 450 degrees for about 10-15 minutes, or until benders are golden brown.

Serve benders with marinara and alfredo sauce for dipping. Enjoy!!

Get a printable version of this recipe HERE, see step-by-step pictures HERE. 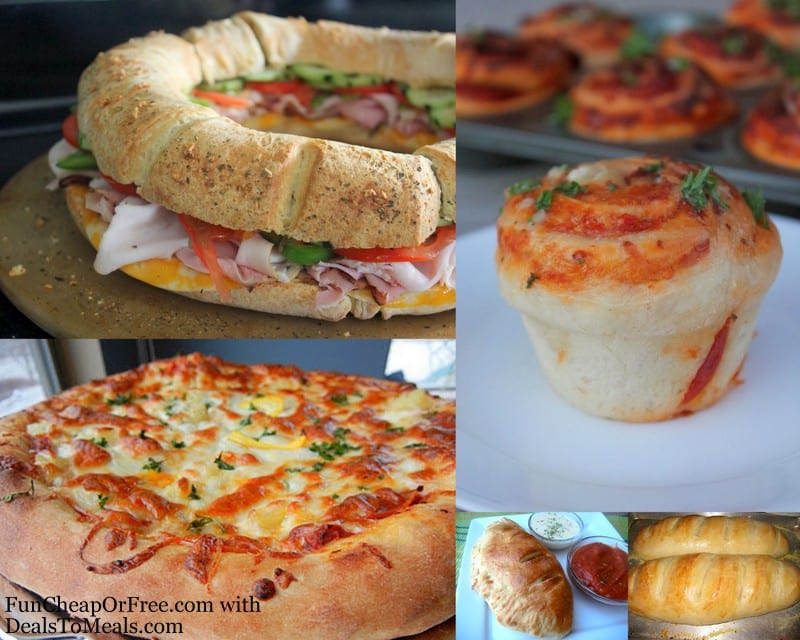