Follow us
Family Time, How To Save Money, Lifestyle, Restaurant Deals

The weekend before last my mom was in town to celebrate our birthdays (poor dad had to stay and work. boo.). We did a lot of eating out, and a lot of shopping…both were fabulous.

Though this is now two weeks late, I still want to share with you some of the FCF things we did/ate/bought!

First of all, we REALLY took advantage of my gigantic birthday freebies list. WE. ATE. LIKE. KINGS all week long.
We got our free Souper Salad buffets and enjoyed a big soup/salad bar for lunch.
They have great deals on Tuesdays, just FYI. 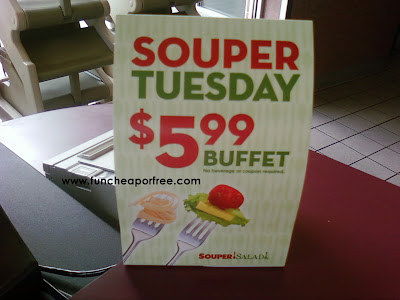 I know signing up for freebies can seem like a drag because you get junk mail, but it's worth it to sign up for stuff, I promise!
Case and point?
I wanted an ipad for Christmas…SO BAD. I didn't save enough in time, though, and gave up on the idea but was super sad. My husband said, “I'll just have to win you an ipad then.”
So guess what?
HE DID. 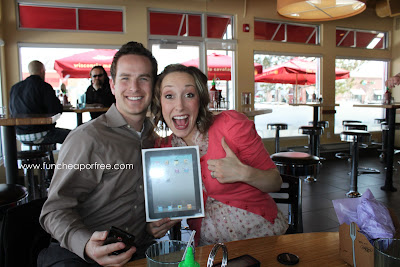 He surprised me with it when we were all enjoying our free Noodles & Company birthday lunch.
I cried, I was so excited.
He went to a business trade show and dropped his business card in every fishbowl he could find. Many of the prizes were ipads. I was able to trade it in for the new ipad 2. It just needs to hurry up and get here, I'm getting VERY impatient… 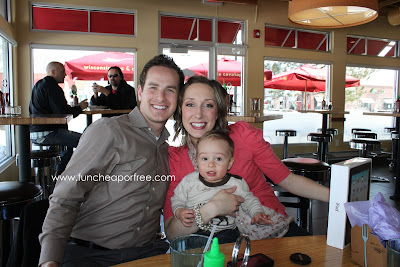 Please ignore the horrible pics of me and just focus on my two handsome men. Thank you.
REMEMBER: You enter enough contests and giveaways, you're bound to win sometime!
There is no reason not to. Sure, it takes a few minutes sometimes. Sure, you might get junk mail.
SO WHAT?? It won't kill you! Just sign up!
So while I'm at it, sign up for our giveaway while you're fired up about winning!
Moving on.
Another fun free meal we took advantage of was Benihana. You get a $30 certificate to use during your birthday month. Me, my mom, and my brother's GF all have birthdays in the same week, so 1/2 of us got our meals…FREE! 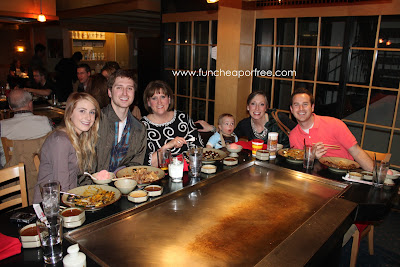 The food was delish as well as entertaining to watch be cooked. 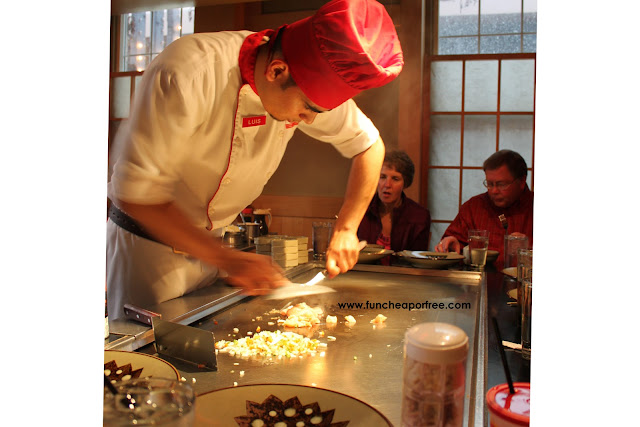 After dinner we went to see “A Tale of Two Cities” musical at Hale Center Theater. It was phenomenal. I really recommend it!
My husband worked his connections and got us 4 free tickets, so we only had to buy one. Yay! Remember to be assertive and ASK YOUR NETWORK for deals! Take advantage of Facebook, LinkedIn, and Twitter to ask people for favors. They will come through, I promise.
On my actual birthday (a Tuesday) we took advantage of my free unlimited Boondocks Fun Center pass and…well…went to Boondocks!
It was great that my bday was on a Tuesday, because everyone else got an unlimited pass for $12 rather than $26! 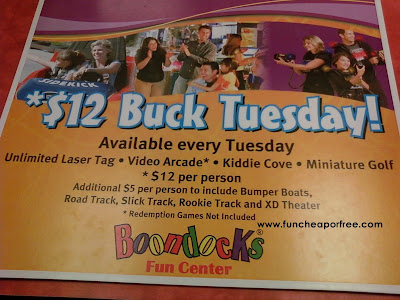 We had a blast. We…
Rode some go carts, 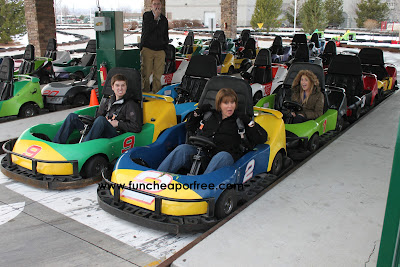 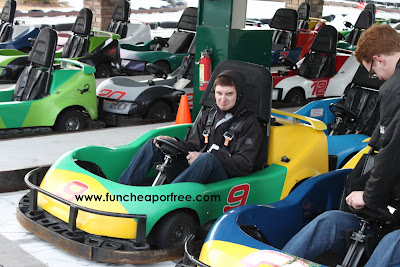 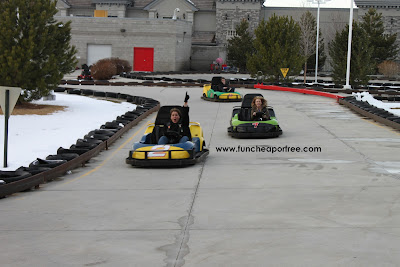 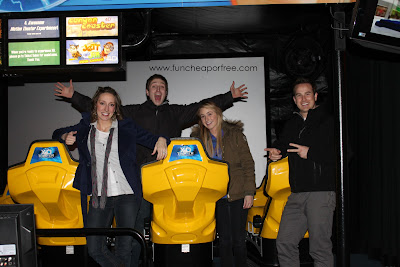 Shot some hoops
(I nearly beat the boys, btw…) 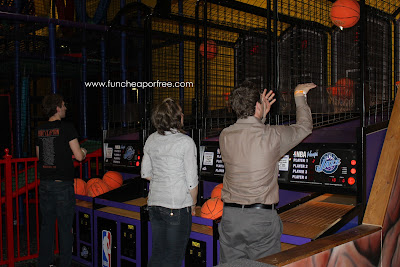 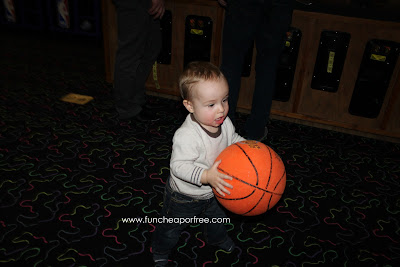 And just all-around had a great time.
See? Isn't it great to take advantage of stuff? I'll never tire of saying it.
Never I say.
Among eating out and having a blast we, of course, got in some good shopping.
We hit up the outlets in Park City.
Remember my tips about shopping at outlets and shopping sales? I'm not blowing hot air here people, these tips really work!
I hit the jackpot at The Children's Place. 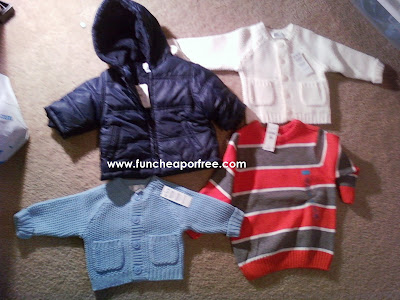 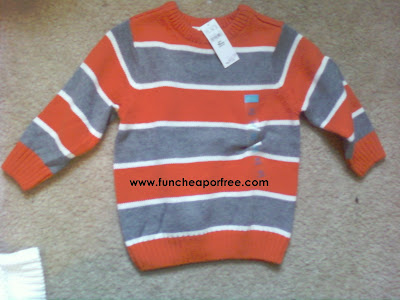 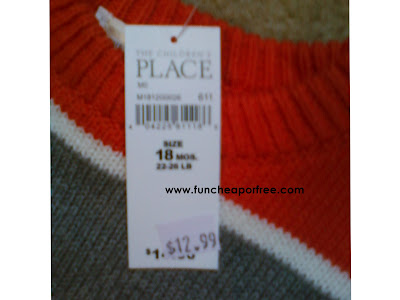 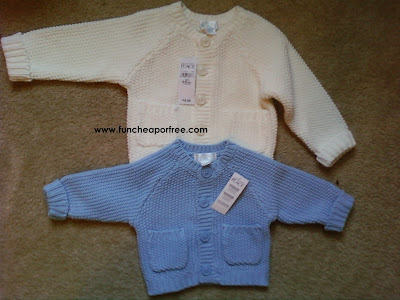 They were recently on sale for $14.99
I bought the two above for my little-girl-to-be and bought a few more for gifts.
My favorite find of the day, though?
This super nice, super fluffy, super soft interior coat. 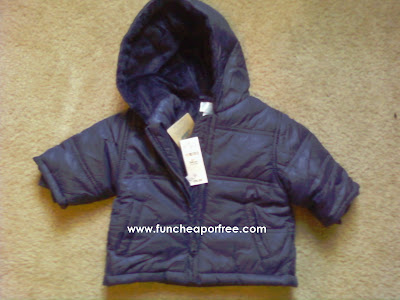 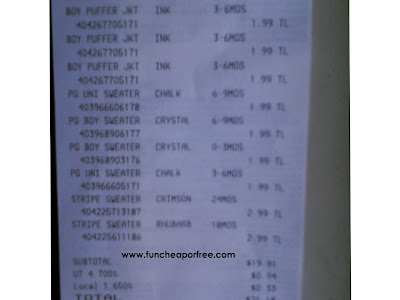 P.S…would all of my friends who are having babies please forget you ever read this? Because you will probably be getting some of these as gifts. Thank you.
Those are just a few of the ways I saved over my birthday week, as well as all this stuff I mentioned before.
My summarized tips for you?
Wheew! I'm tired just thinking about all the fun we had. Hope some of this helps!
Comments: 1
Share: