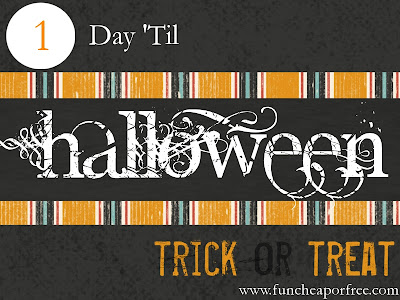 To commemorate the fact that Halloween is TOMORROW, I thought I'd end our countdown with the grand finale, the mother of all mother Halloween posts!  Sharing my spooktacular ideas to make your halloween party fun cheap and free!
Let me preface this by saying…
I need a nap.
We had our big, huge, looking-forward-to-this-all-year, 3rd annual Halloween party on Saturday.
It was wild.
It was crazy.
And it was really, really fun to throw…
So fun, in fact, I got sick from it.
So, sorry this is delayed! I've been sick as a dog all week.
Lovely. I hate colds.
I'm calling it my “Halloween Party Hangover” (even though there wasn't a drop of alcohol involved).
I got tired of sitting in bed, sick, all day, so I thought I'd take a break and reveal what we did this year! Enjoy 🙂 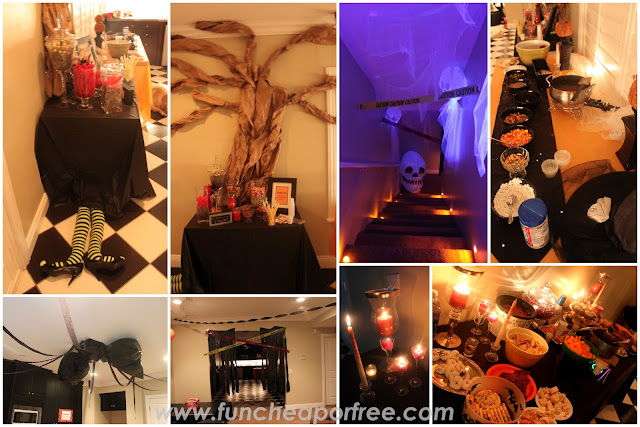 First off, I made the invite through evite.com. It's free, they have tons of cute designs, it's easy for people to RSVP (which is a MUST!!!!), easy for you to see the guest list, and easy for you to message your guests.

I made a sign for the front door to let people know they could just walk on in. Of course, I always have to add a little flair to it 🙂 I will teach you how to make these paper pinwheels sometime this week, they look so cool in person! 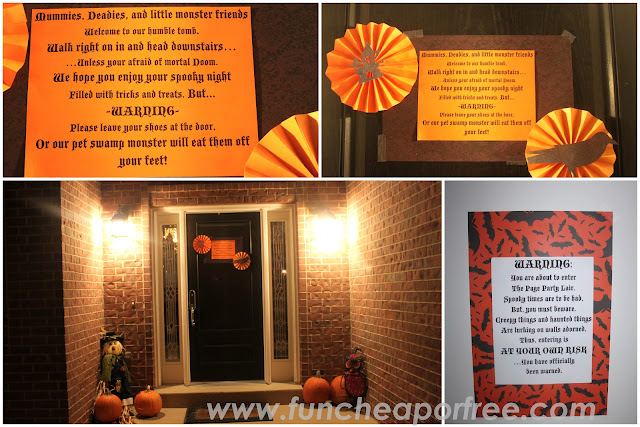 The sign on the bottom right of the collage was put on the door leading to our basement so people knew where to go.
These cute guys greeted our guests as they came in. Made by my amazing neighbor, Rebecca! Can you believe that? 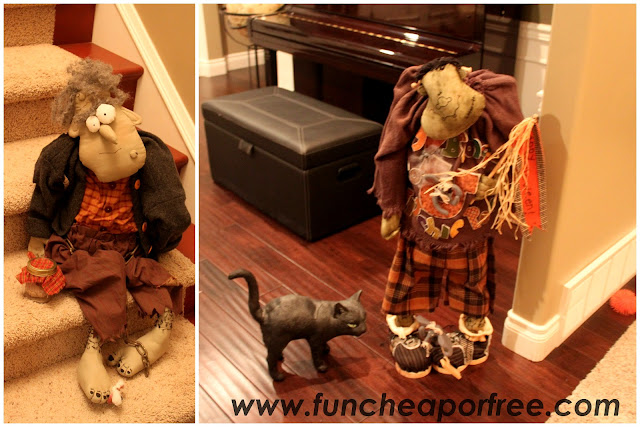 I made a haunted staircase for people to walk down to get to the party. 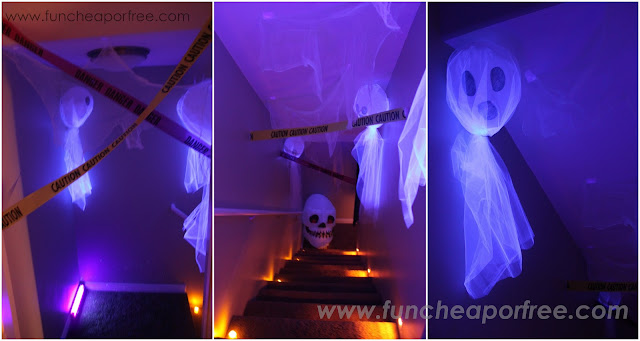 At the bottom of the stairs, once you walked through the garbage bags, I had a photo booth set up. 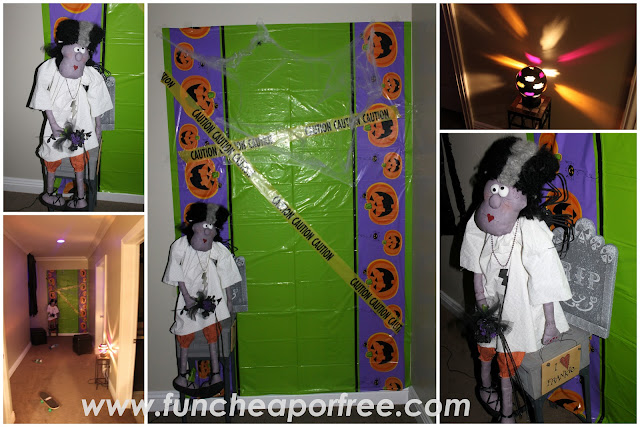 The photo booth was a fun way to capture the creative costumes of our guests, and I always make an online photo album for people to come and grab the photos of themselves. It's a fun “take-home” gift for people.
Thor, Katniss Everdeen, Forest Gump/Jenny/and their Shrimp 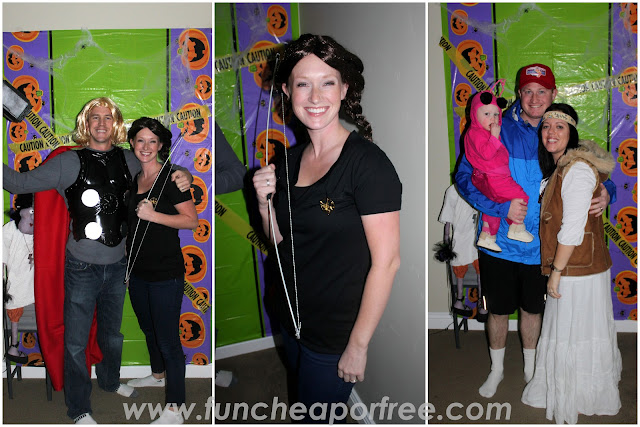 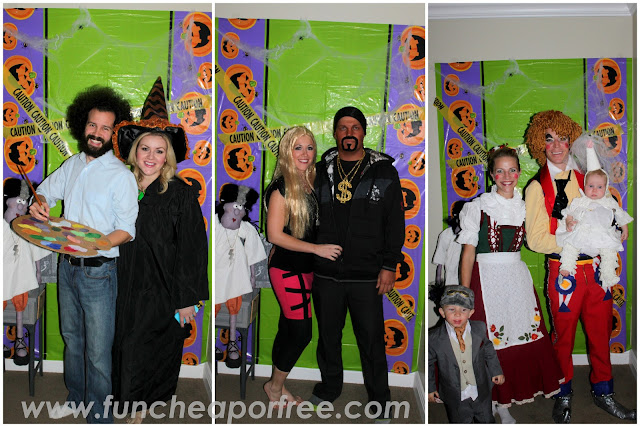 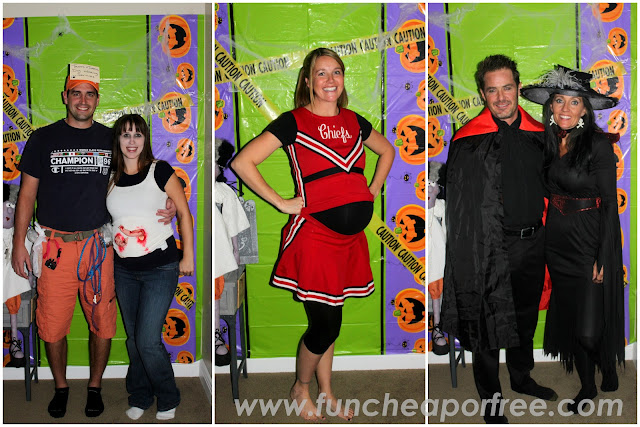 This year we were supposed to be an 80's rock band. But…my son (the guitarist) and my daughter (the drummer) went to bed before the party, and we never ended up dressing my dog up in his outfit (yes, even the dog participates!) so we were really a disbanded 80's band by the end of the night 🙂 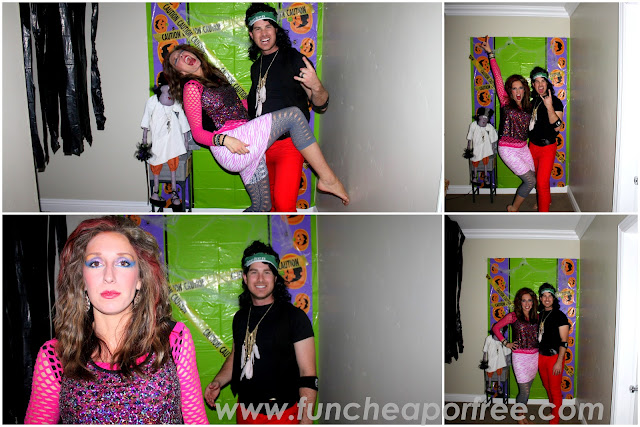 I decorated our “Party Lair” with simple decorations. 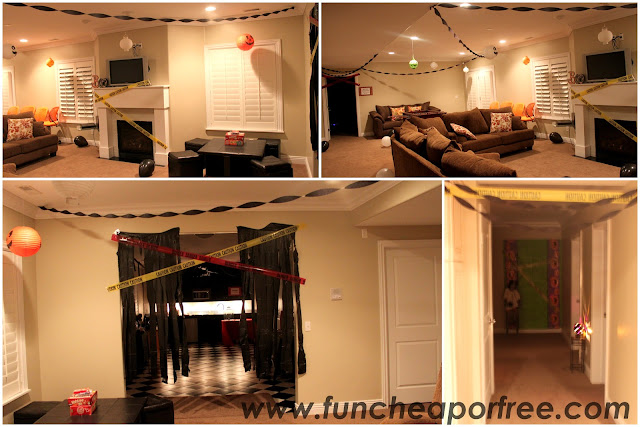 Unlike our Party Lair, in our kitchen I went ALL OUT.
I made a candy bar for guests to make a bag to take home, or fill a cup to enjoy during the party. 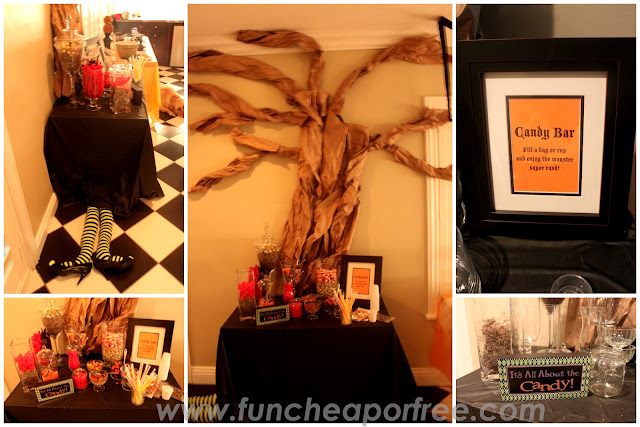 For the food table… 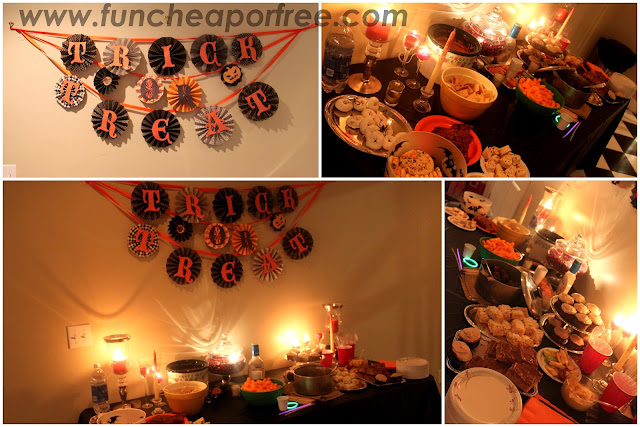 And, of course, we had a caramel apple bar.
(caramel recipe HERE) 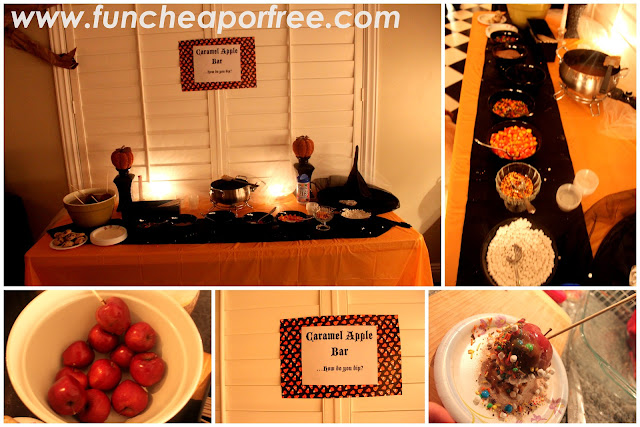 And, of course, somehow I managed to not even take a SINGLE picture of the drink table! But it was a small table with a vinyl table cloth on it and two huge glass drink dispensers (one was mine from Costco, one I borrowed from a neighbor). I made my party punch in one, and had ice water in the other. And of course…there was lots of dry ice involved in both 🙂

*Note: I learned the hard way that when you add dry ice to plain water, it makes it carbonated, like Perrier water. YUCK! So either just keep the dry ice in the already carbonated punch, or have it in a container the floats on top of the water so it doesn't carbonate it.

I tried to have extra touches throughout the party. Here's a breakdown of them… 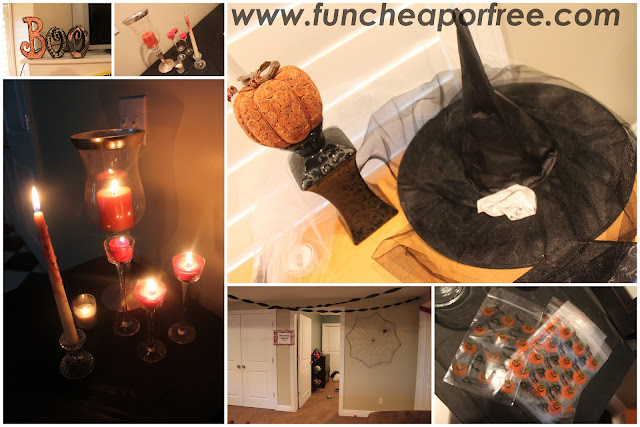 To make it darker in my kitchen, I made a garbage bag spider to cover the light. 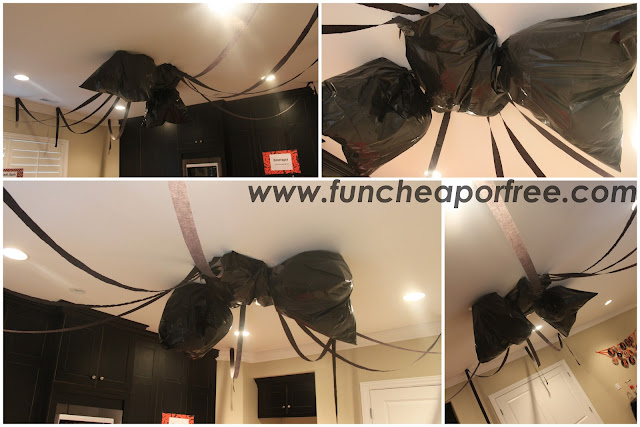 And, of course, you have to have activities at your party! 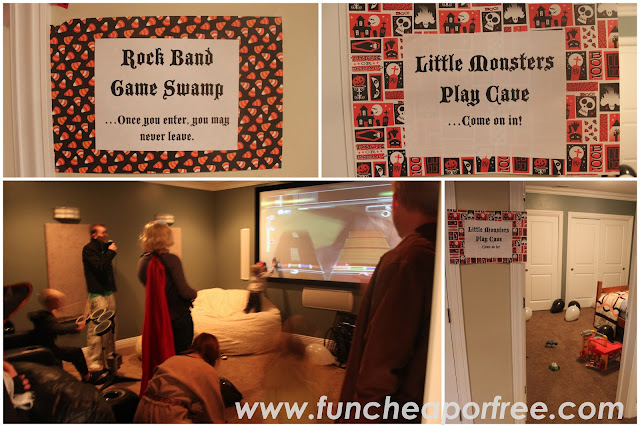 It was a wild, fun night, with TONS of people! 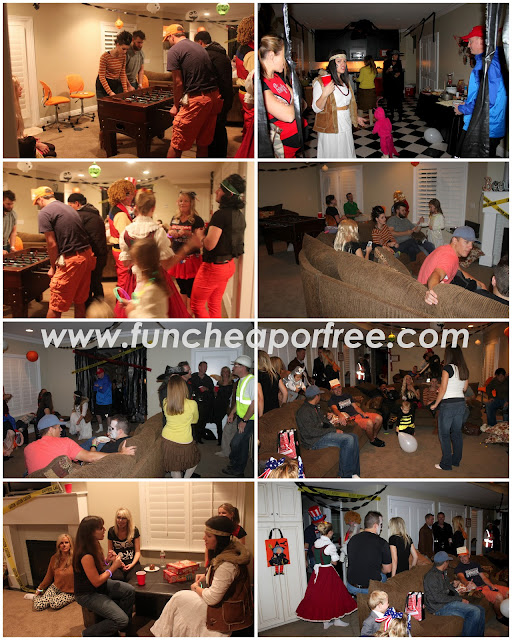 It was a ton of fun…but my poor dog was glad to see everyone go. It's a bit overwhelming for a big pup sometimes! 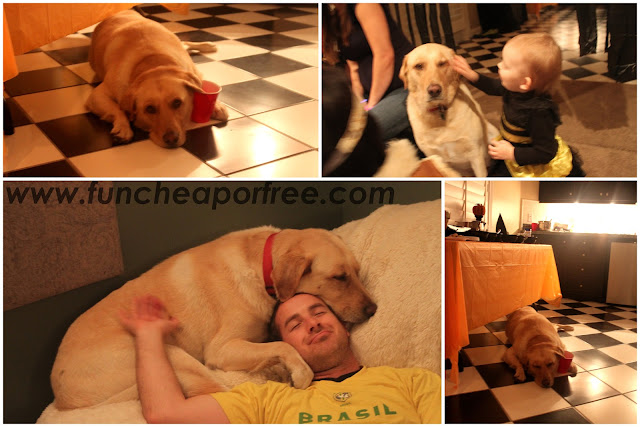 WHEEW!
So now we all need a nap. What did you do for YOUR Halloween party??