Give More Good…and Look Good While Doing It! 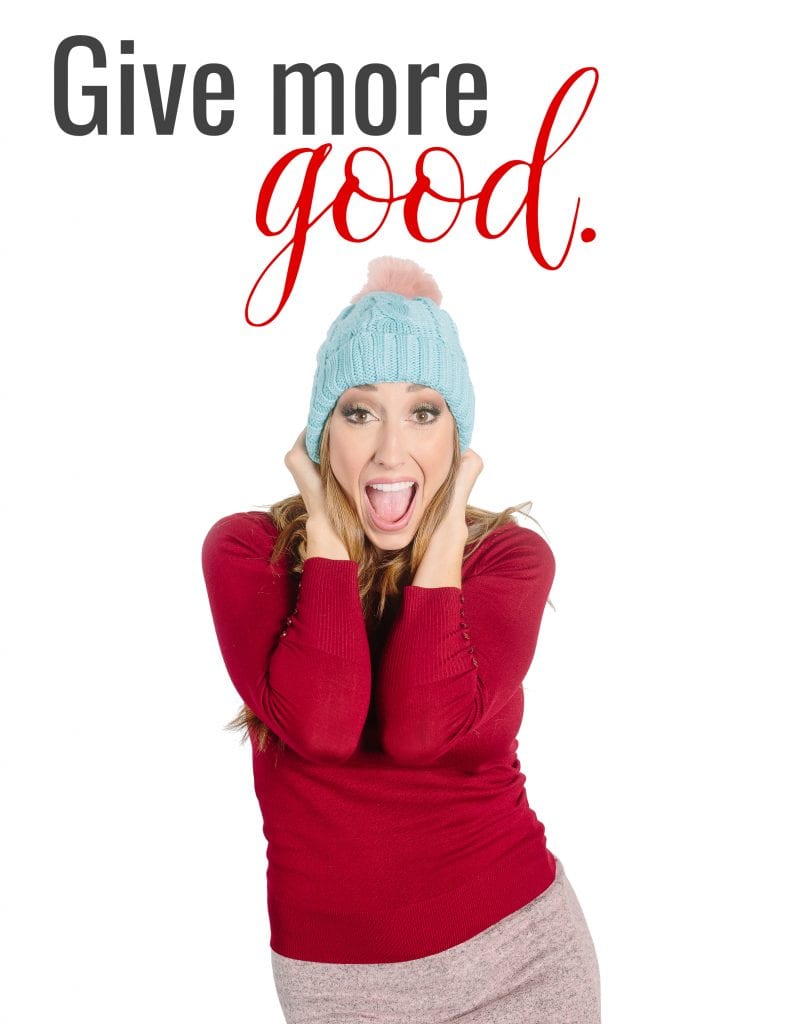 Truth: there's almost nothing that makes me feel more awkward than having my picture taken. Aside from yoga. I'm terribly awkward at yoga. But recently my good friend Courtney, owner of Cents of Style (one of my favorite online clothing boutiques), asked me to help represent their Give More Good holiday collection. As much as I hate having my picture taken, I gave a resounding OH-MY-HECK-YES because not only is the collection to die for adorable (more on that below!), but 10% of the proceeds go to Rising Star Outreach, which is an organization that completely altered the course of my life. 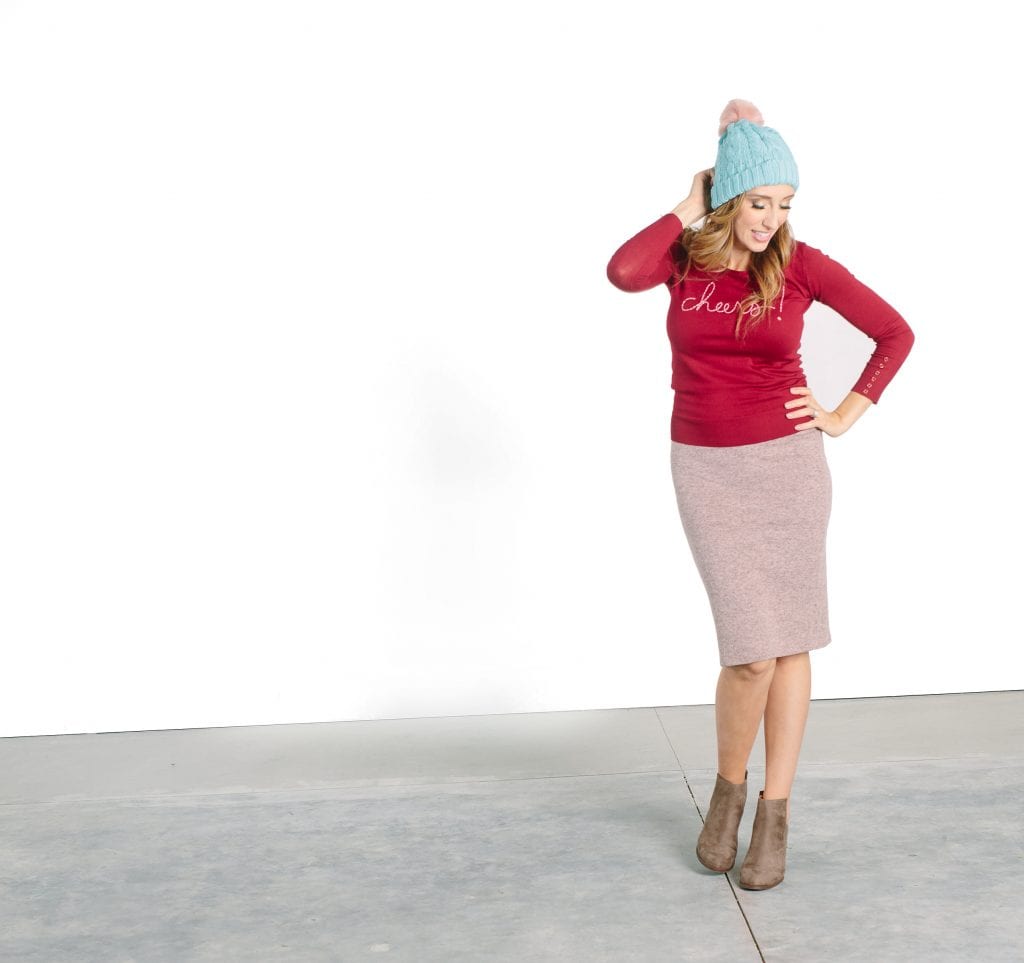 Let me give you a little background on why this is important to me.

When I was in college, I was an idiot.

Well, not as much of an idiot as I could have been I guess, but I was an idiot nonetheless. I spent my time focusing embarrassingly hard on superficial things.  I had no substance, constantly dated the wrong guy, skipped class, and flitted around campus essentially caught up in looking good, acting cool, and being getting attention in all the wrong ways. By the world's standards, you could have considered a “good girl” (never drank alcohol and have only ever “been with” my husband)…but was definitely doing nothing to move forward in life and was only focused on impressing people…rather than doing good in the world. 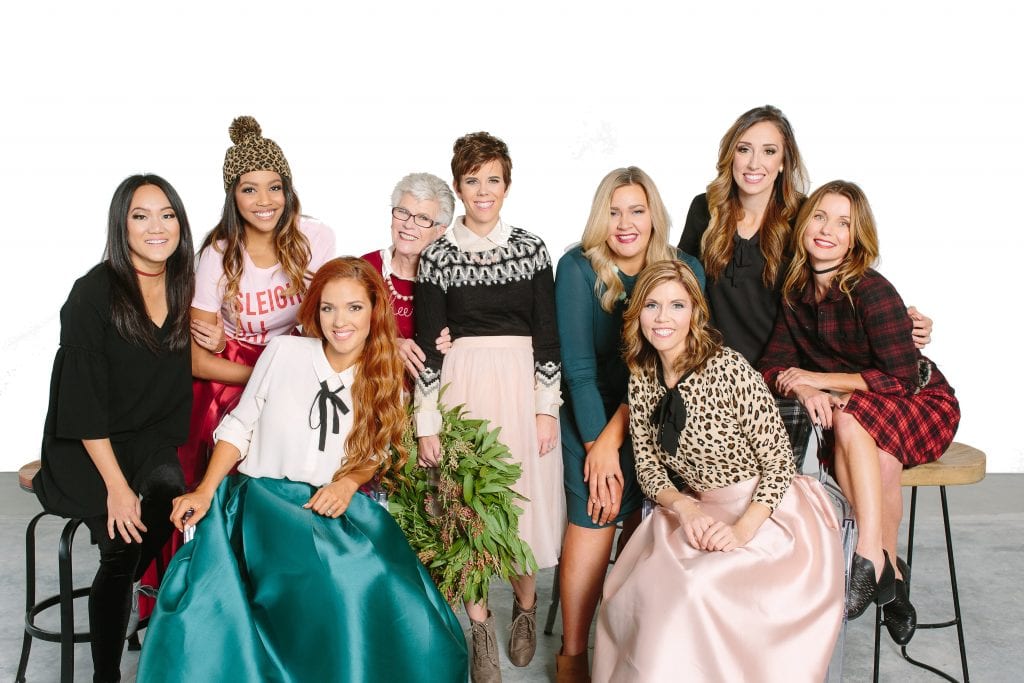 On a whim, I agreed to head to India with my roommate. I didn't really know why we were going, I just knew it sounded cool and by calling it a “humanitarian trip” was a good excuse for my parents to pay for it. (Shallow, remember?) Not to mention, it was like the ultimate international Girls Trip – sign me up!

Boy, was I clueless.

That month I spent in India completely changed me, in ways I'll never quite be able to articulate.

We spent half our time there working in leprosy colonies, teaching hygiene and life skills to the colonists, and giving them medicine to cure their leprosy (which only costs $1.50, by the way…), 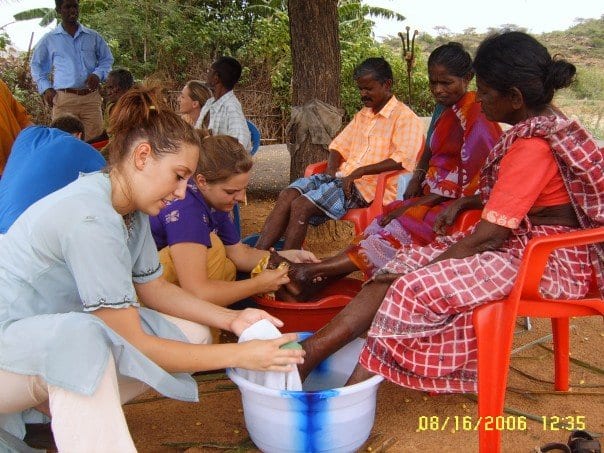 But more importantly, we taught the colonists – especially the women – the power of starting businesses, rather than begging on the streets.

Those with Leprosy have been exiled for centuries. They are “untouchables” and until the 90's, could be publicly stoned to death. All these women ever knew was begging, or sending their children to beg…because what other options did they have? 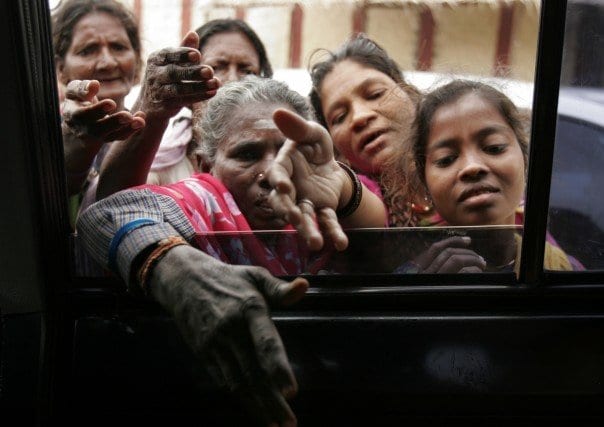 A stay-at-home mom named Becky Douglas lost her daughter tragically and unexpectedly. When going through her daughter's things, she discovered her daughter had been donating money to an orphanage in India for years. Becky flew to India to see for herself what she could to do further help the orphanage, and while visiting, was disturbed by how many people – women and children – were begging in the streets. She realized something needed to be done. Not just to give them fish, but to teach them to fish.

She went home, started Rising Star Outreach, and because of the micro-loan program she started, these lepers and beggars are now using their loans to buy art supplies, and make gorgeous paintings that are sold all over the world. 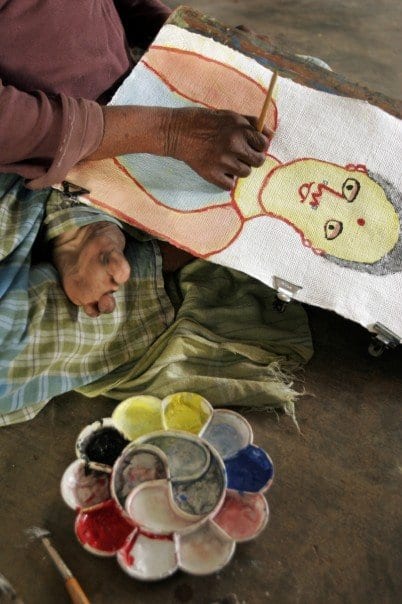 The micro businesses have ranged from starting a tea business, to ironing and laundering clothes, one woman even asked for a micro-loan so she could buy an impregnated cow, and created a business of providing milk and cheese to others. 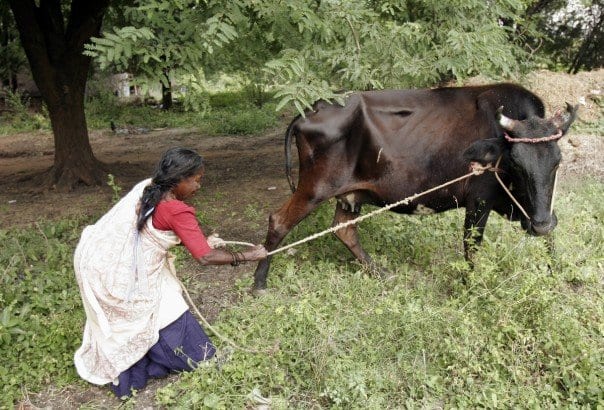 These micro-businesses have completely eradicated begging in that area, all because one stay-at-home mom saw the need for more good in India.

The other half of our time we spent teaching the children of the Leprosy-affected. Most women in that part of India were castoff “untouchables”, or were destined to be married off (as young as a teenager!) to someone of their parents' choosing and start having babies, instead of receiving a formal education.

We were able to teach these adorable children English and life skills that are now sending these kids, especially the girls, on a fast-track ride to success. Many of the kids I taught back in college have since graduated and are moving on to impressive careers that are – literally – helping to change India from the inside out.

I was so touched by my experience in India, we named our first daughter Priya after one of the gorgeous girls I worked with there, that is now awarded a second chance on life. 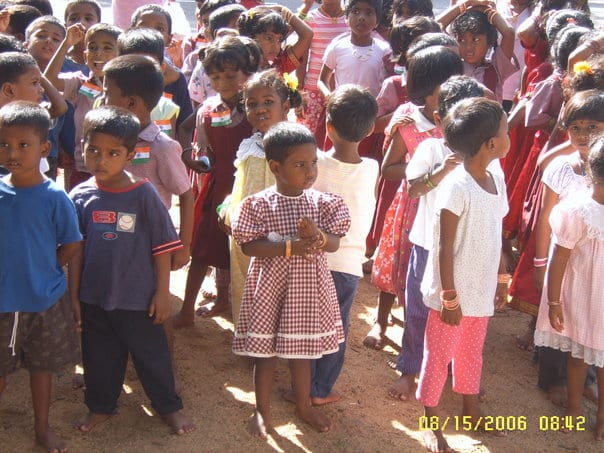 This is exactly why I LOVE Cents of Style in general, but am especially supportive of their Give More Good Holiday campaign. Cents of Style employs women, and helps them reach a greater potential and live a more bold and beautiful life.

This Holiday collection is exactly that..

It's bold and beautiful, but also gives back SO MUCH GOOD to women in need! 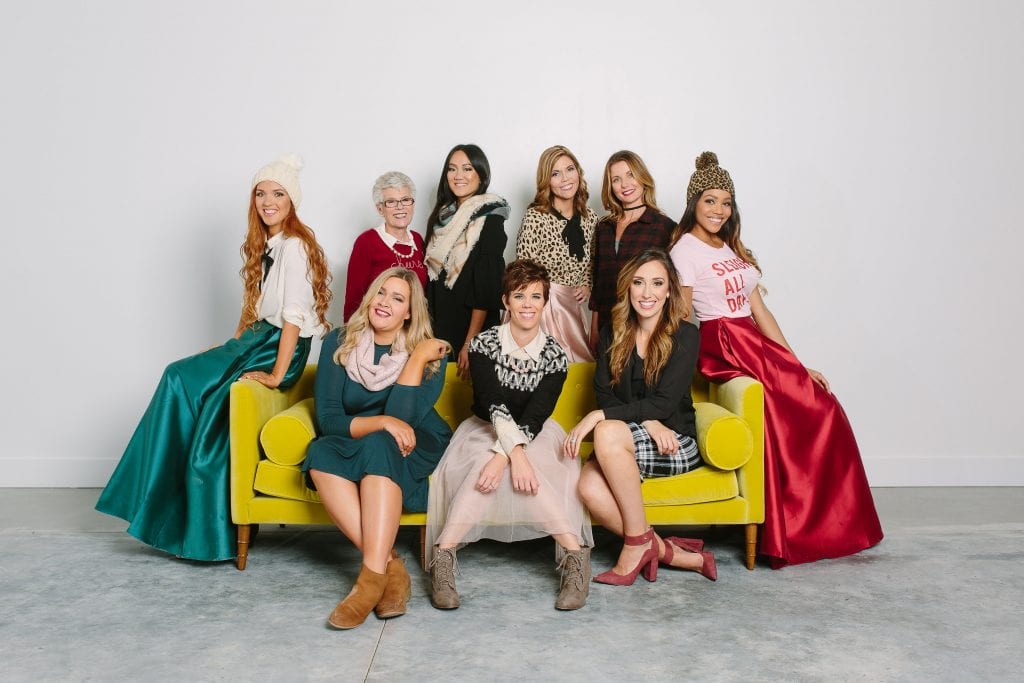 Speaking strictly from a fashion-perspective, I'm obsessed because it covers it all – glam to cozy, and everything is under $50. 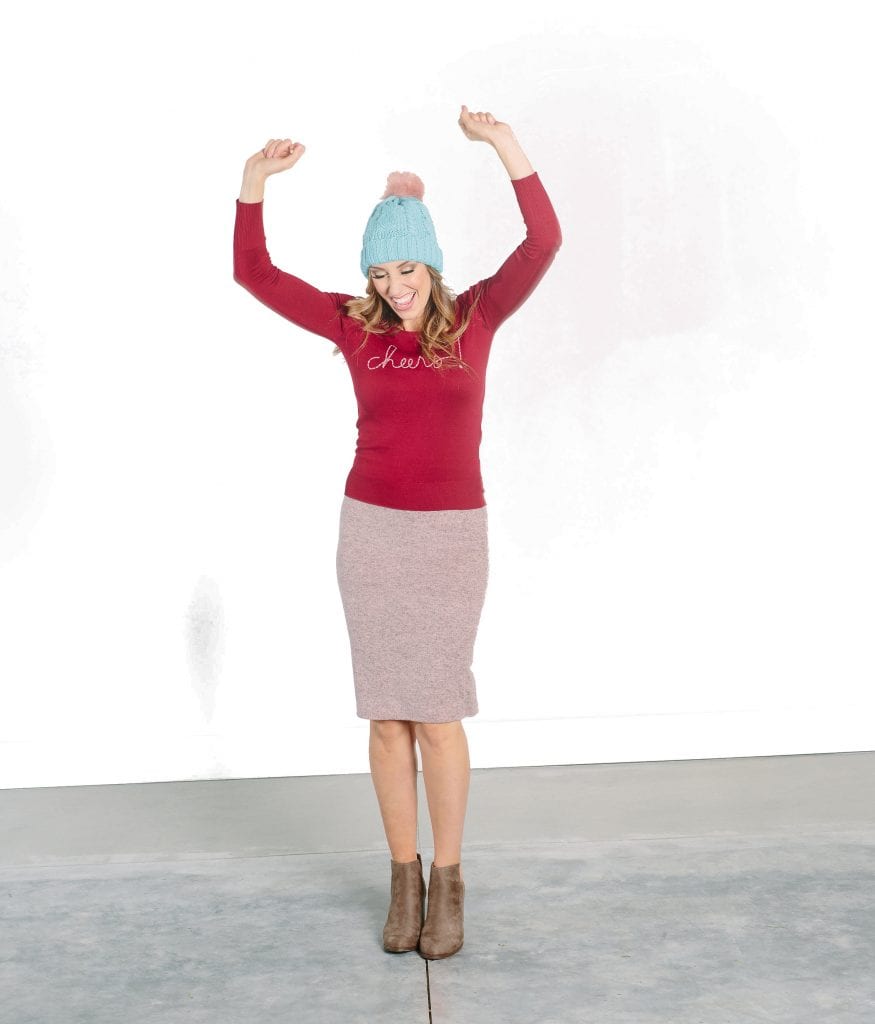 I encourage you all to look at this collection and nab anything that fits into your budget and speaks to you. It will not only bring a smile to your face, but will help Rising Star Outreach continue to bless my dear babies and Indian women by getting them off the streets and into productive society.

I don't know about you, but I can give some serious CHEERS for that!

Snort. See what I did there? 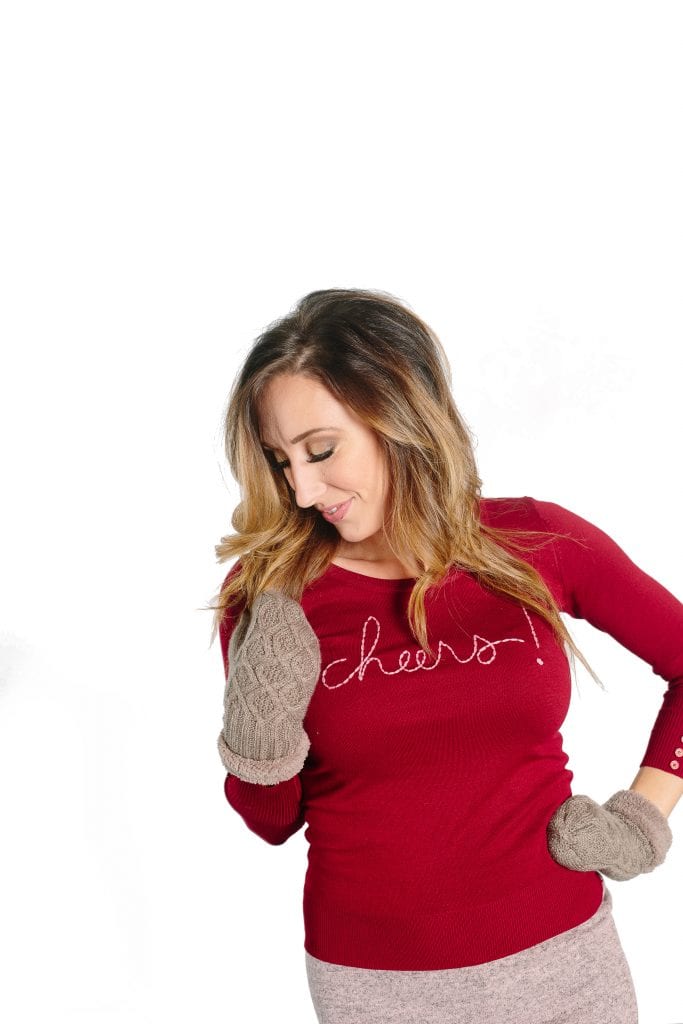 I hope you enjoy this Holiday line as much as I do!

BONUS – here's a behind the scenes look of what a photo shoot is like!

Hope you all have a bold and beautiful week –

Freebs Secret Santa Project 2020: Donate to a Family in Need This Christmas!

How to dress your bump WITHOUT buying maternity clothes!