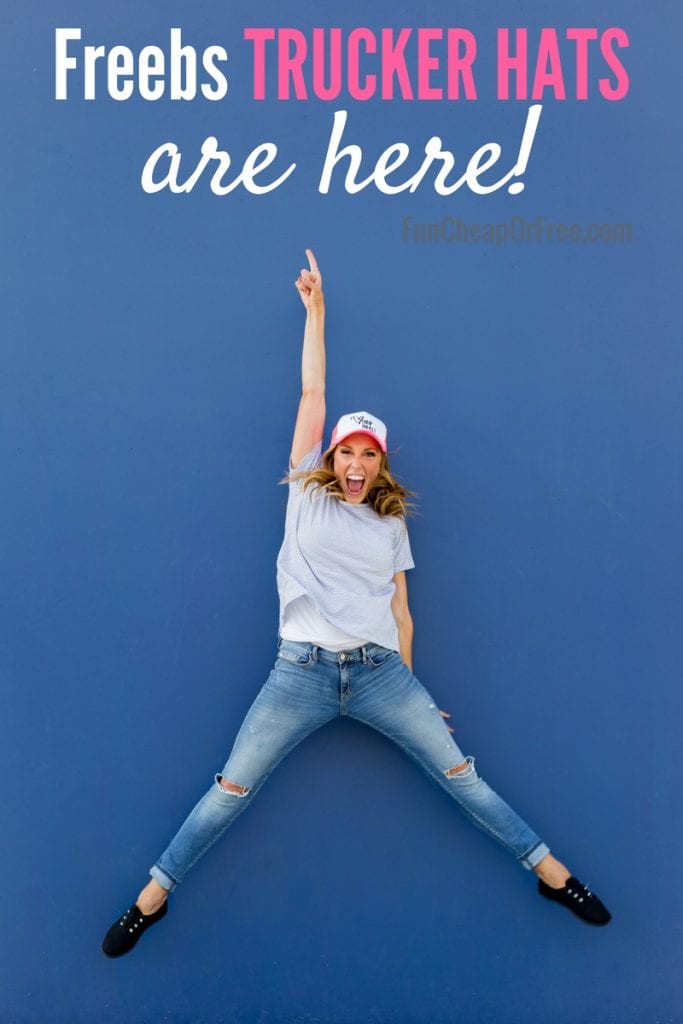 You've been so patient…and the patience has paid off. My all-new, custom, designed-by-YOU, Freebs TRUCKER HAT LINE IS HERE!!!!

This has been a brain child of mine for a long time. As you probably have noticed, I have a love for cute, cheeky trucker hats. Every time I would wear one, I'd get blown up on social media asking 1) where I got it, and 2) where you could get one! I always wanted to make my OWN line of adorable/affordable trucker hats, and finally made it happen thanks to my besties at Cents of Style!

We have 4 different styles to choose from, and they were designed with help from YOU! (more about that below)

You need to hurry and grab these ASAP though! We only ordered 144 of each saying, and those are going to go FAST. Not only that,

That's a great deal so PLEASE order yours before they are gone!

Now, time to give credit to the Freebs who helped come up with the designs!

I asked for your design ideas, and you delivered! After thousands of entries and waaaaaaaay too much time laughing and smiling and agonizing over all of them, here are the final designs and the people who helped come up with the saying, or inspired the idea behind the saying: 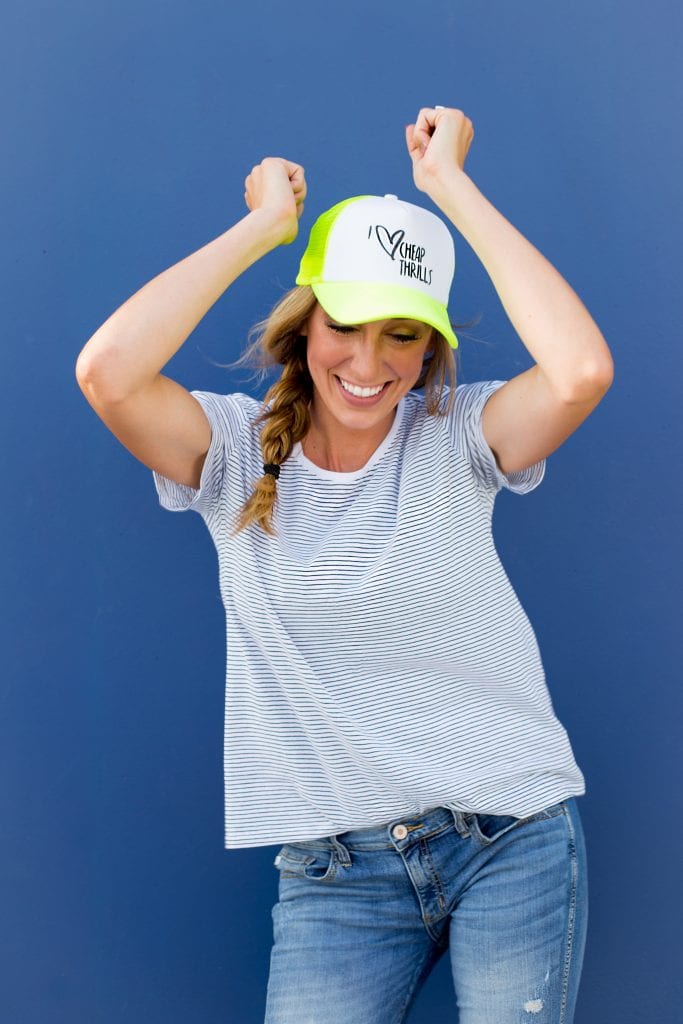 This was my personal design. I wanted a hat that was from me, and meant something to us Freebs. I wanted an official “Freebs Squad” hat that bonds us as Freebs sistahs and lets the world know that we are frugal and proud! So, as you can imagine, this is my favorite hat. My goal is for every Freeb in the world to have one, so we can all recognize each other on the streets and run up and hug and become magical besties with fireworks and sparkles like in the movies.

Regardless, NAB YOURS and – officially – join the squad!

When in doubt, dance it out 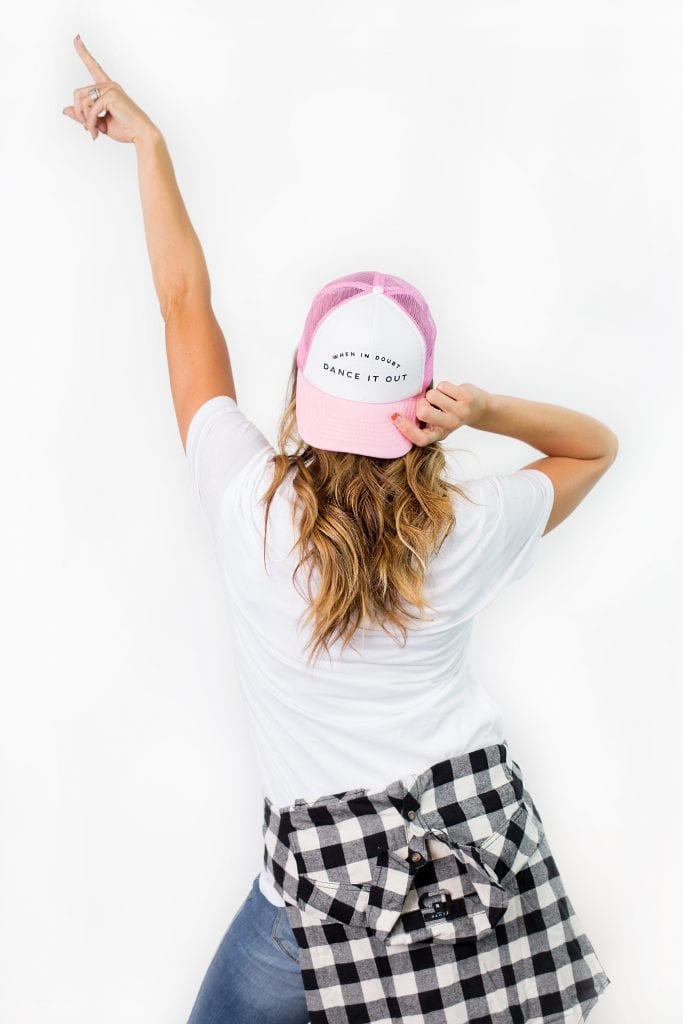 This is a saying I've said since the dawn of time (example here), but I hadn't even considered it for a hat! Thank you to Lillith Bear for inspiring this design! Free hat coming your way! 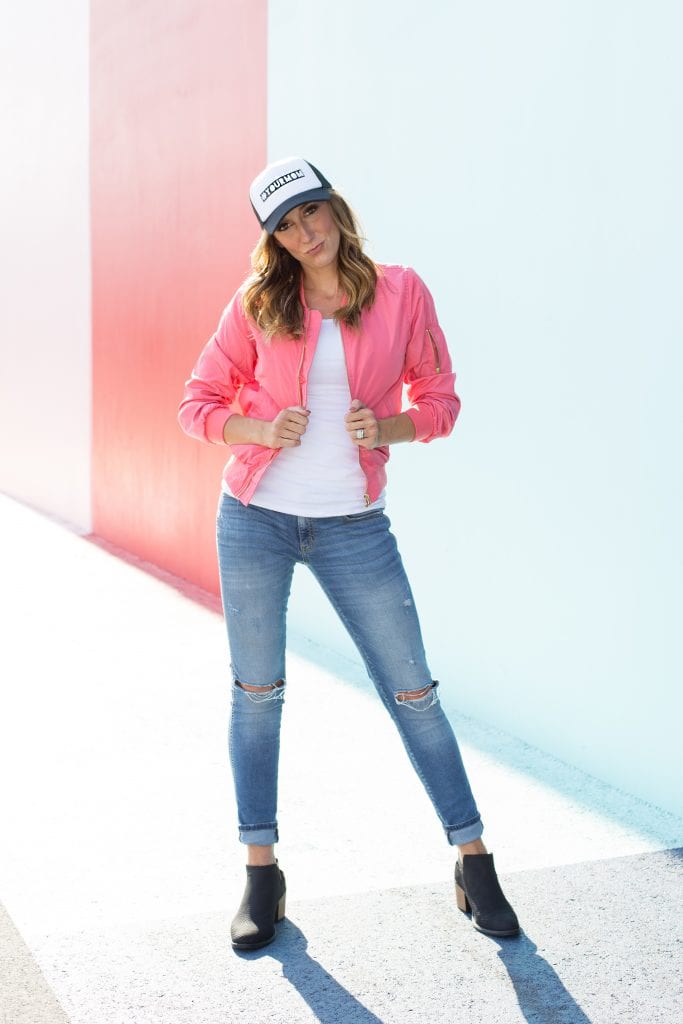 This was hard to pinpoint because there were several Freebs who suggested some form of “Your mom” saying. But Melanie Wilde suggested just a straight up “Your Mom” hat and we couldn't deny the greatness of it! Congrats Melanie, and thanks for inspiring this sassy hat!

Out of Dry Shampoo 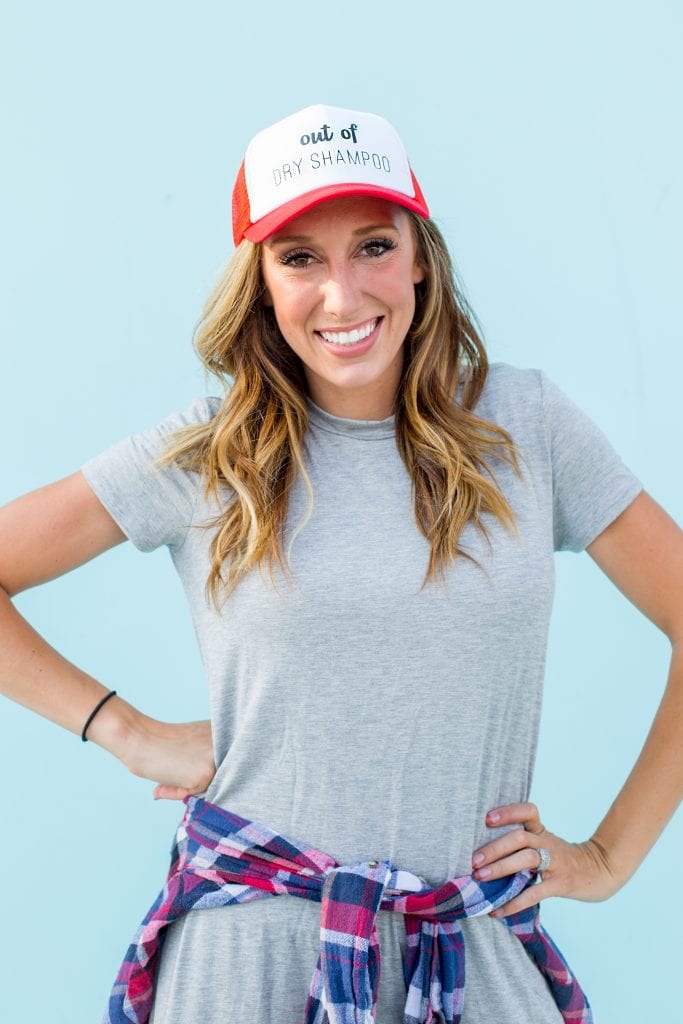 …and what a tragedy it is.

There were quite a few dry shampoo design ideas, but we narrowed it down to Junie Blake by Chrystal and AlAlly1288 who brought it home. Thanks for helping us share our struggle with the world. 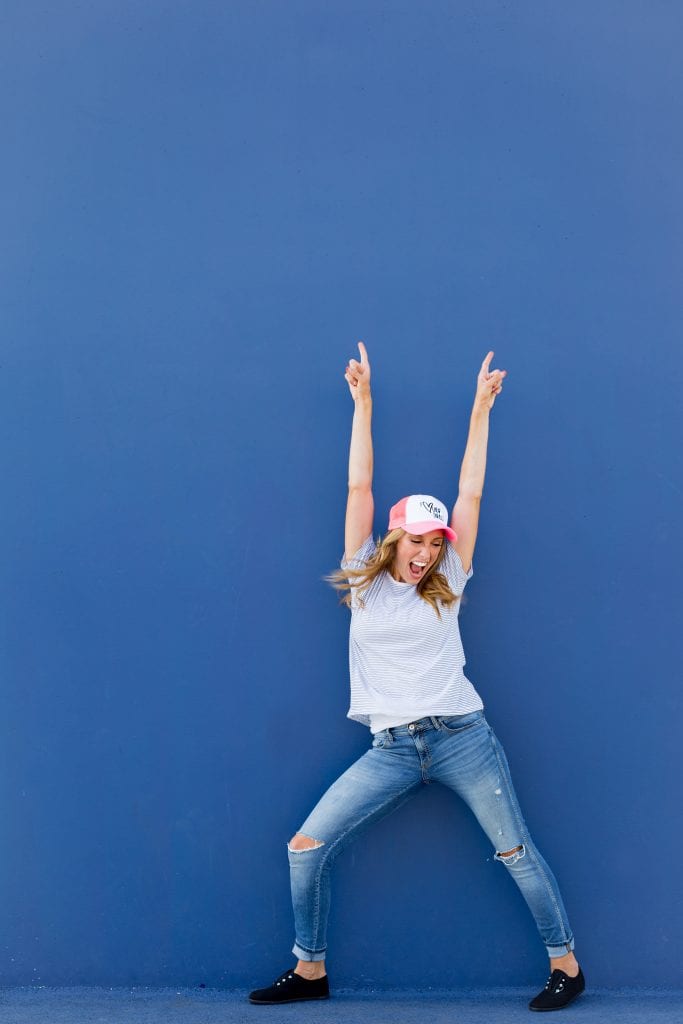 How to dress your bump WITHOUT buying maternity clothes!