Fiber mascara…worth the cost? + how to use it. An unsponsored opinion! 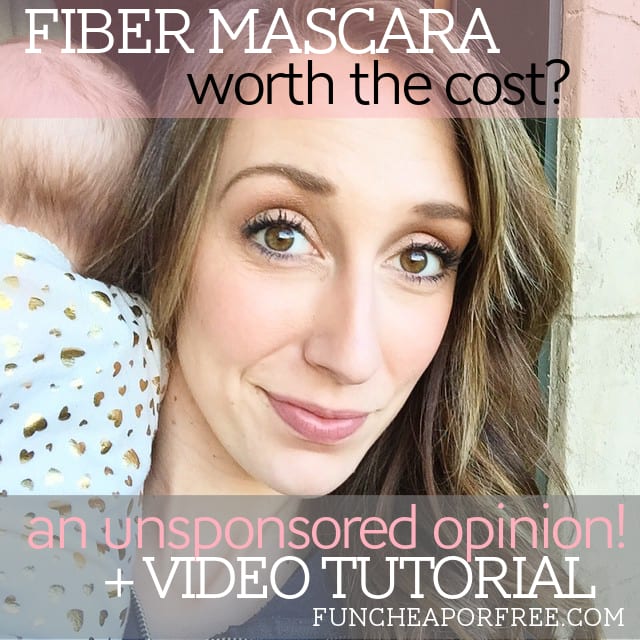 Hello from Ireland! Yes, I'm still in Ireland so today I've scheduled another video for you to help curb your aching heart in my absence.

Today's video is an interesting one. We've all seen or heard of the big Fiber Mascara craze floating around the universe. I kept seeing (and get emailed just about every week from) people promoting Younique, a networking marketing company that sells makeup products. I kept seeing people's before and after photos on Instagram, talking about this Younique fiber lash mascara stuff. I had no idea what anyone was talking about! No one explained what it was!

Then finally, the mystery was solved.

I was shopping at Costco one day (shocking, I know…) and saw this bad boy:

It was $14.99 (considerably less than it sells for on Amazon) and 1/2 the price of Younique's mascara so I bought it and decided to try. I posted a picture of the results and got so many questions about it, I thought it was time to do a video showing my unsponsored opinion, and how to use it!

Watch the video below, or watch it online here:

So there you go!

Would I wear it every day?

Of course not. It's waaaaay too expensive. Special occasions only, baby!

Would I recommend it?

Yea, I think so. If you can get it for $14.99 like I did, then go for it if it makes you feel prettier and more feminine on a special occasion!

All in all, it's pretty expensive for mascara. I feel like you can get a pretty good look from drugstore mascara (as I show in my everyday makeup tutorial). For me personally I'm not sure it gives as much drama as I'd like (I'm a sucker for super thick lashes). I'm ultimately still a fan of using false lashes (see how I put on false lashes) and definitely prefer it for a dramatic effect. But the fiber mascara is a nice step between regular mascara and false lashes so I'll use it for sure. And hey, turns out $14.99 is a good deal so go stock up if you like it!

Do you use fiber mascara? Do you like it? Hate it? Let me know what YOU think!

Packing tips GALORE! How we pack for vacation (with kids!)

My 10 minute makeup routine! How I do my makeup, every day (I'm boring like that)