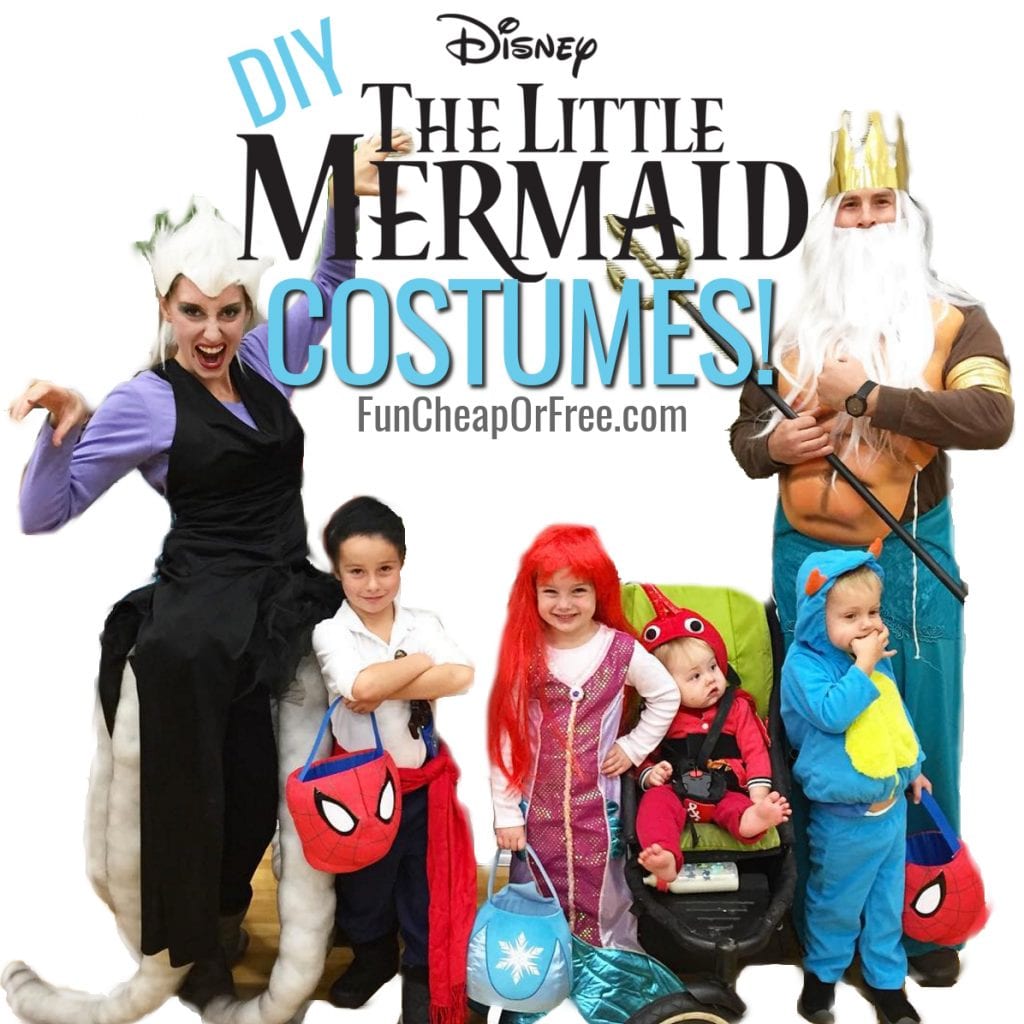 I know Halloween is only a few days away, but I promised to show you our Page Family Costume from last year, which happens to be my favorite group costume of all time…our DIY Little Mermaid costume! These were not only some of the easiest costumes we put together, but definitely got the most reactions out of people. I hesitated putting them on the blog because the pictures were an after thought and are…well…terrible. With a capital T. On fire. BUT, you asked, so here you go!

Each year we try to pick a theme that goes along with what our kids are “into” at the time. Last year was ALL about Ariel. We watched the movie on repeat, Ariel (aka Priya in costume) graced us with her presence every. single. DAY, and we even went to The Little Mermaid play for Priya's birthday. 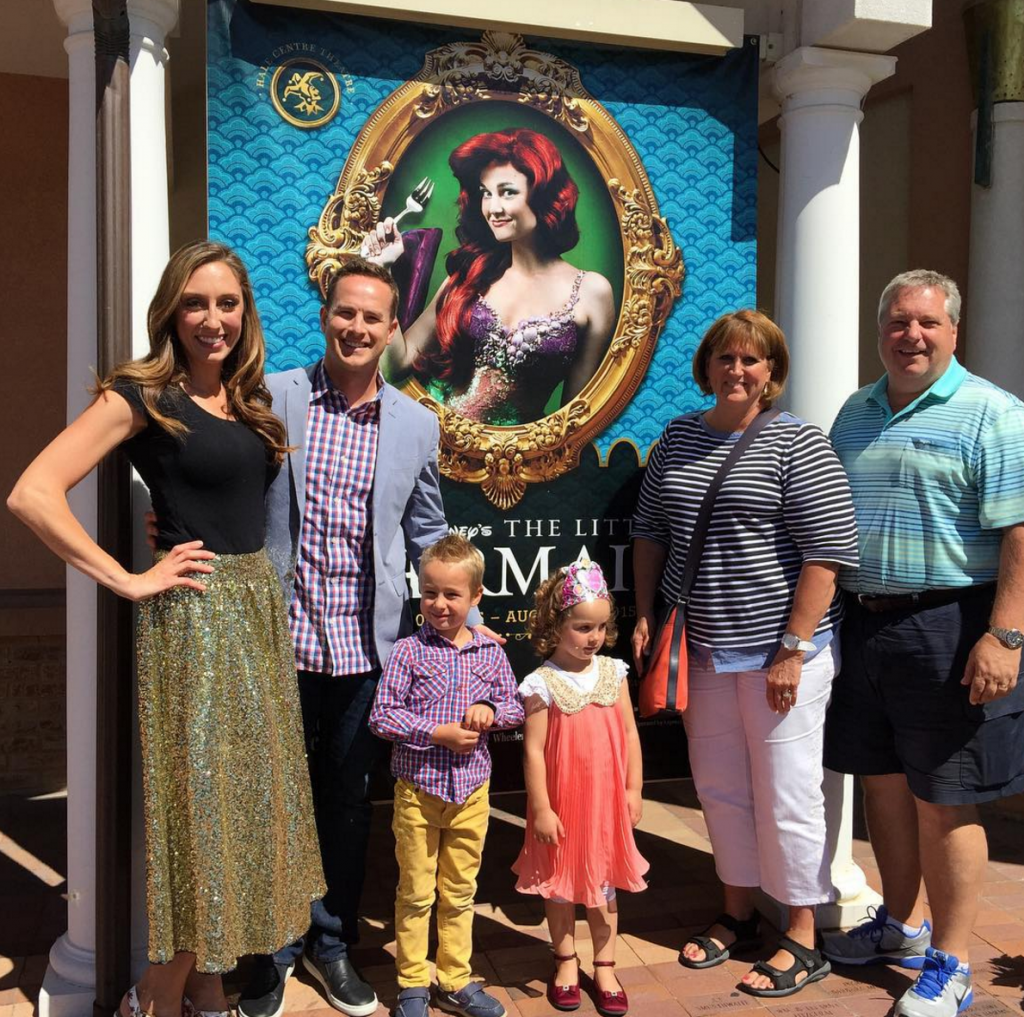 Thus, The Little Mermaid was the obvious family costume choice!

Here's how we put together this easy-peasy Little Mermaid Costume theme:

*Reminder: if you're buying costumes online USE EBATES! You get cash back for doing n-o-t-h-i-n-g. They even have a mobile app if you shop on your phone a lot like I do. Great way to get a “deal” on something, even if you can't find it on sale.

Ok reminder over. You may continue reading. 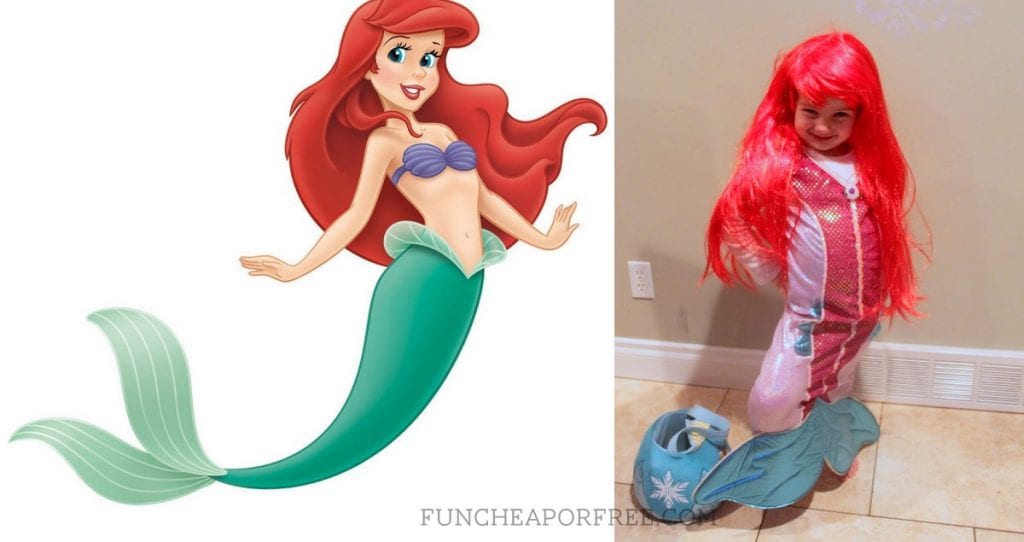 This Little Mermaid costume was a piece of cake. 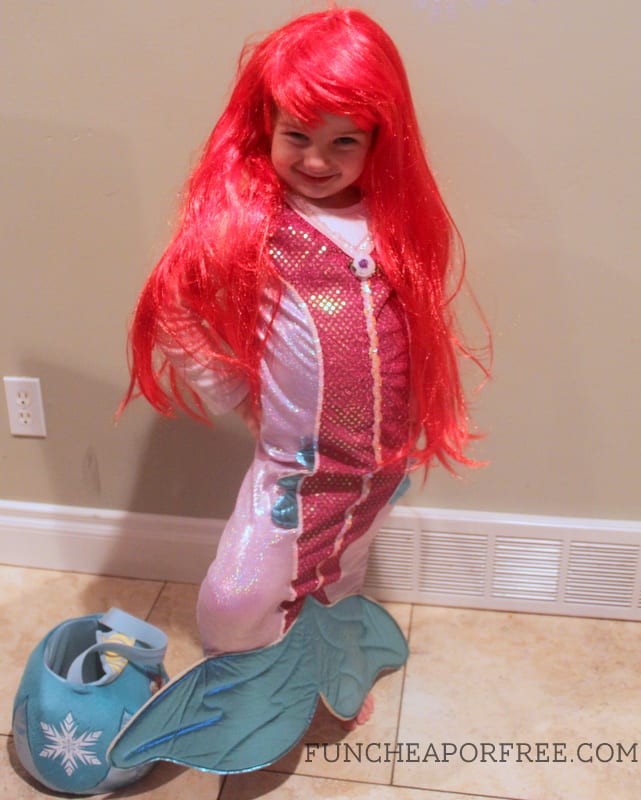 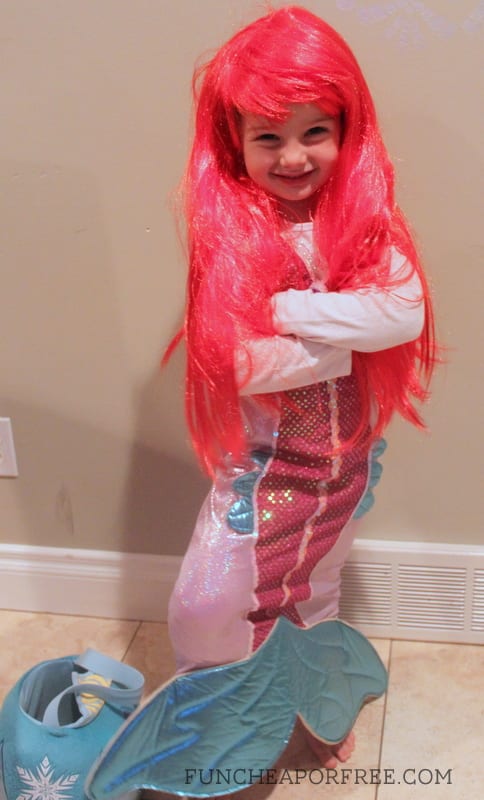 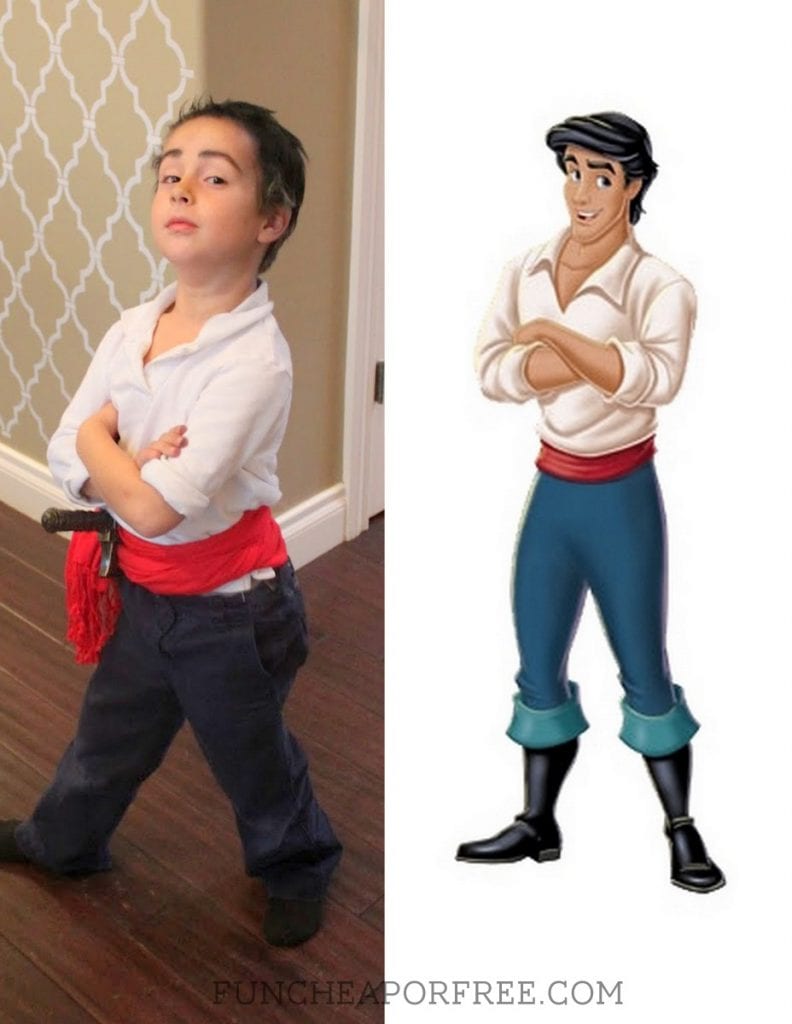 Hutch was initially hesitant about being Eric…until I told him he could dye his hair and carry a sword. #Boys. 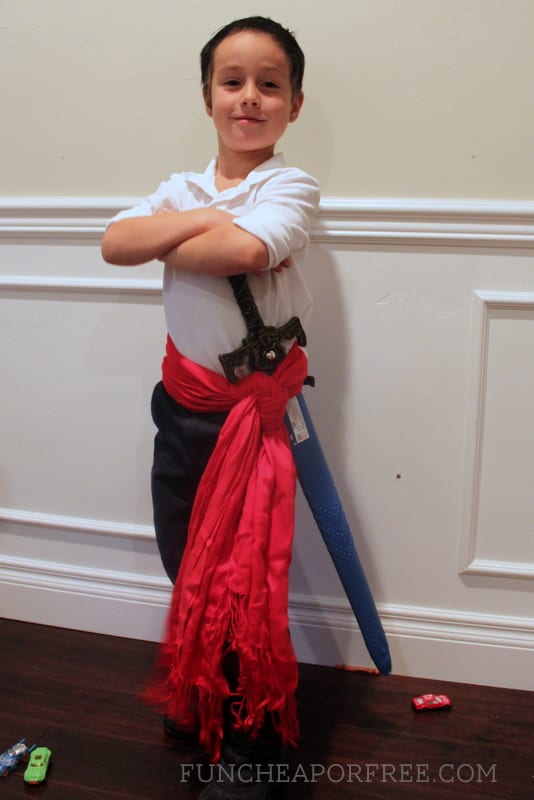 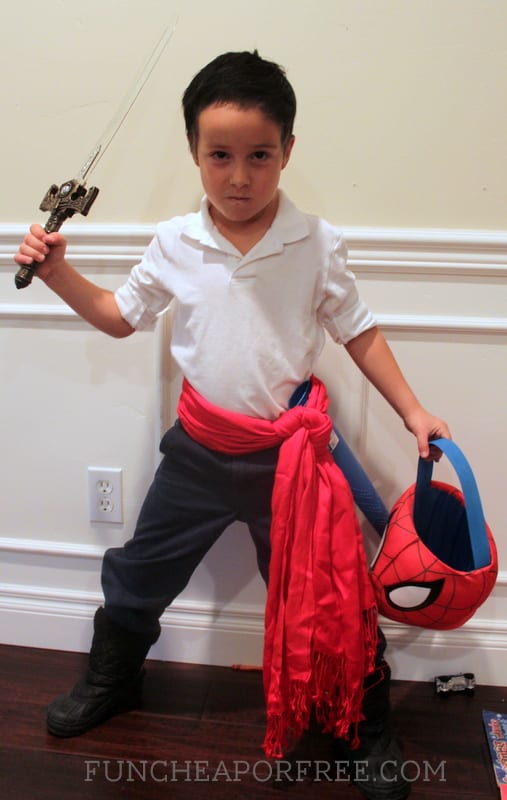 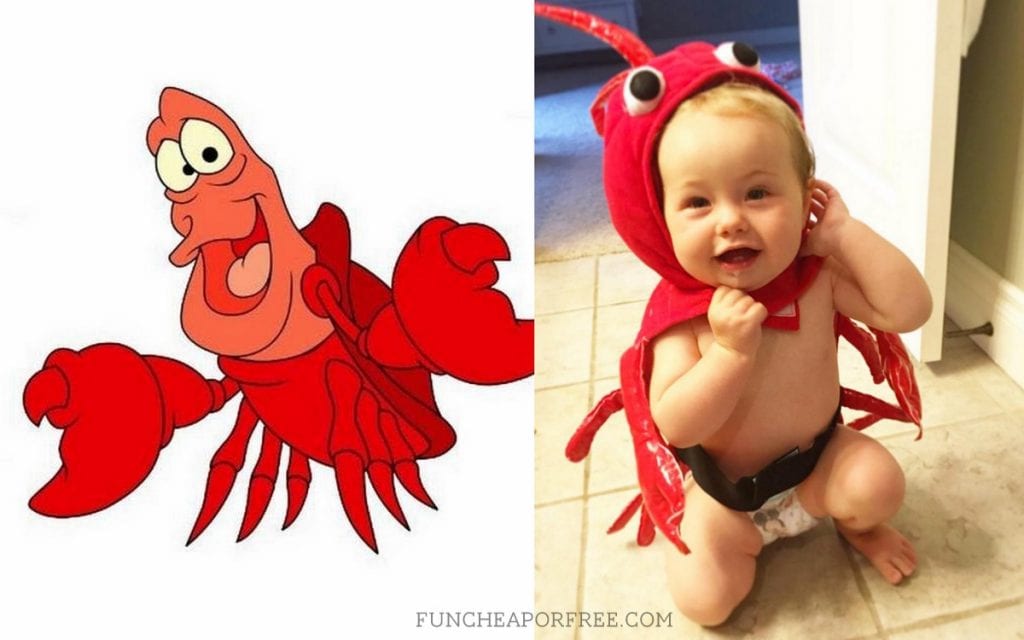 Please ignore the tantrum-ing baby in the pictures. Daivy was having one of those days! 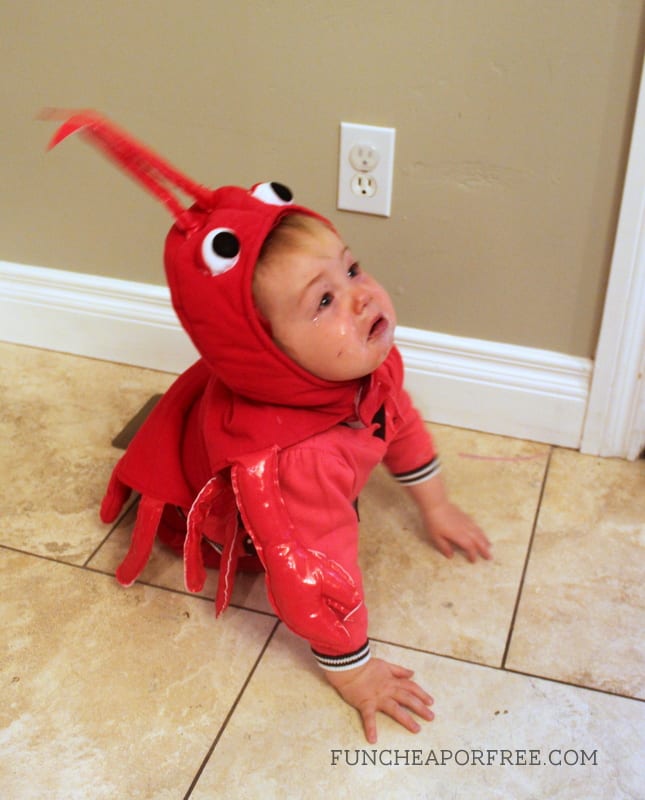 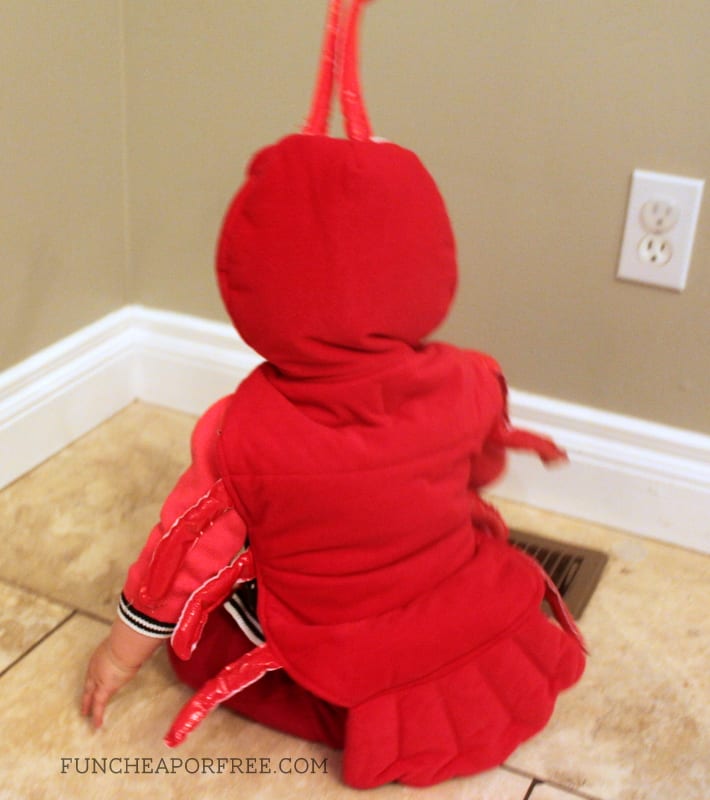 Boy, this was tricky. My Ursula outfit was the hardest to figure out. But it was worth it, for now I know that bright blue eyes and white spikey hair is a good look for me. (Wahhhhp wahhhhhhhhh.) 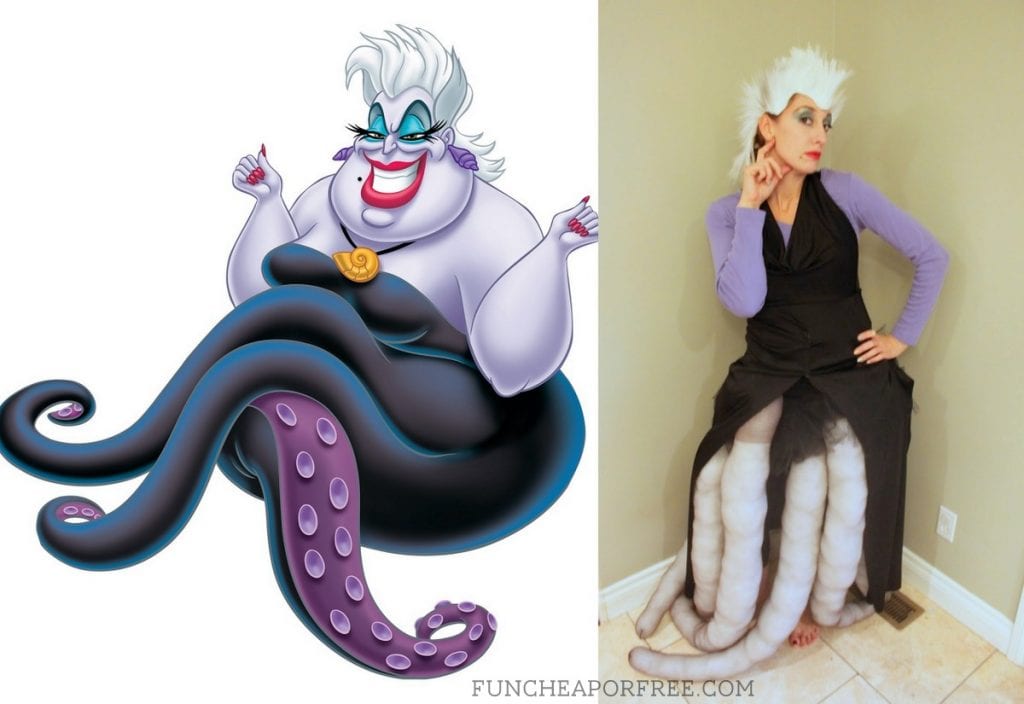 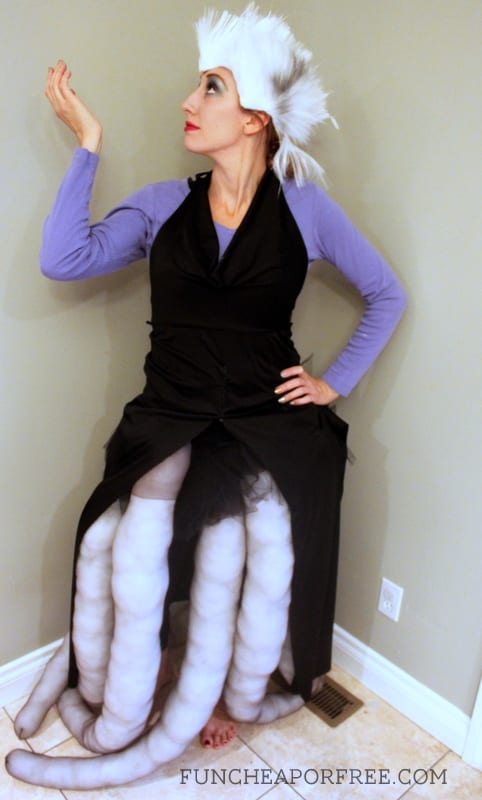 Hind-sight: I wish I had bought opaque tights, so the batting didn't show through. It gave it a gross cottage cheese affect that I'm just not the biggest fan of… 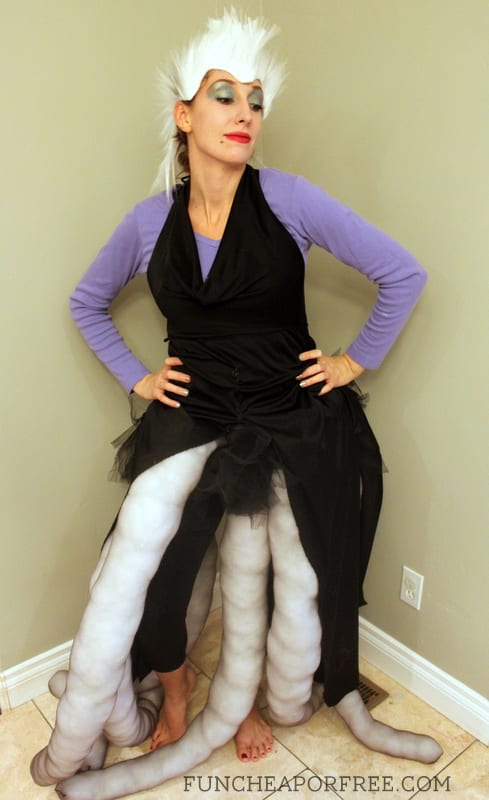 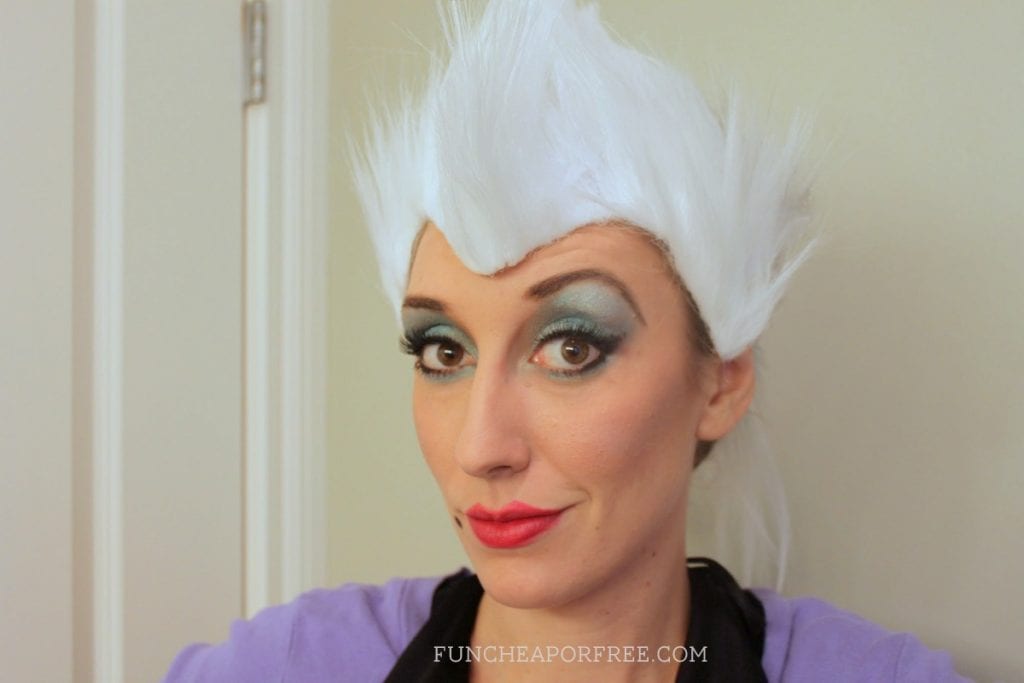 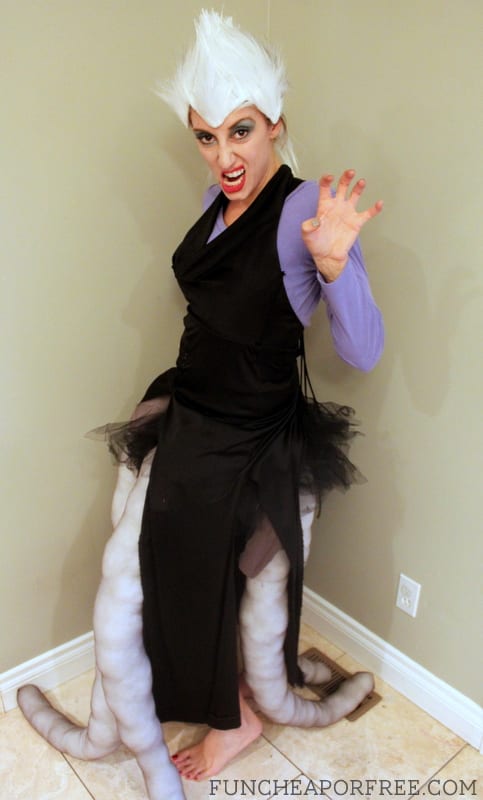 The trickiest part of the costume was sitting down! Of course, walking wasn't too easy, either. Definitely wasn't able to trick-or-treat in this costume, the tentacles were shed in the car and I finished the night walking around like a random girl in a ripped black dress and horrible wig. It was super great. And I'm not scarred by it at all.

How good is my husband?? What a trooper! Here's how he pulled of sexy King Triton: 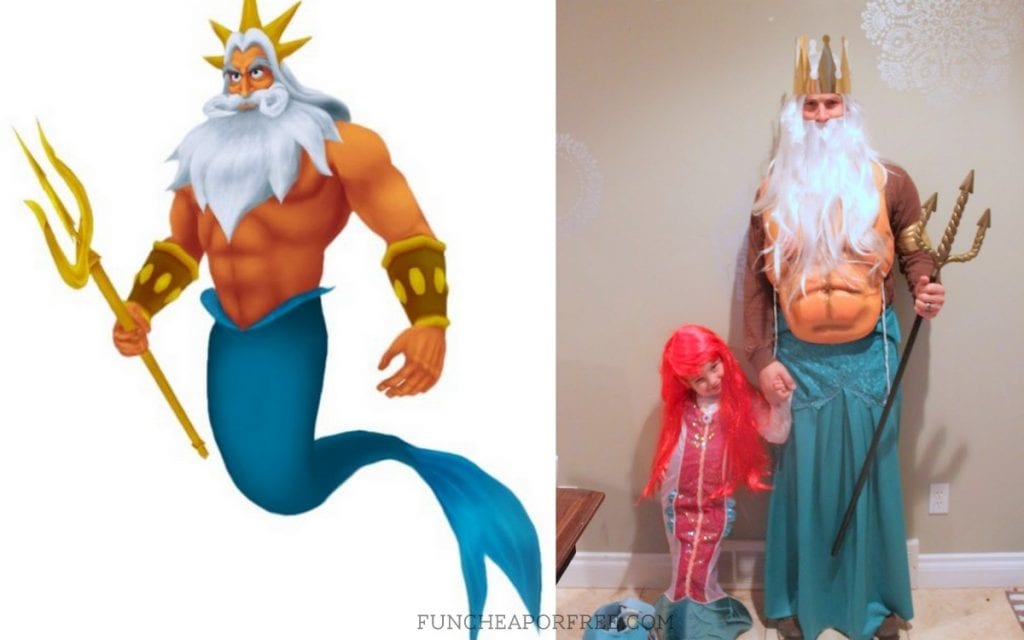 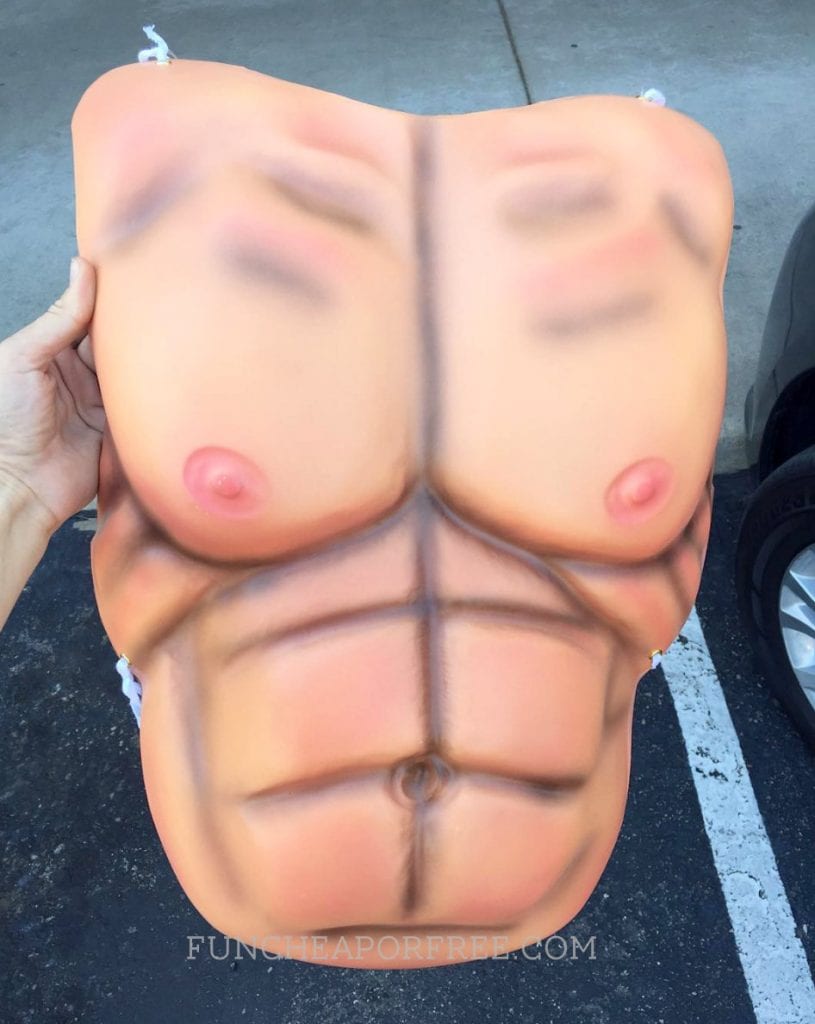 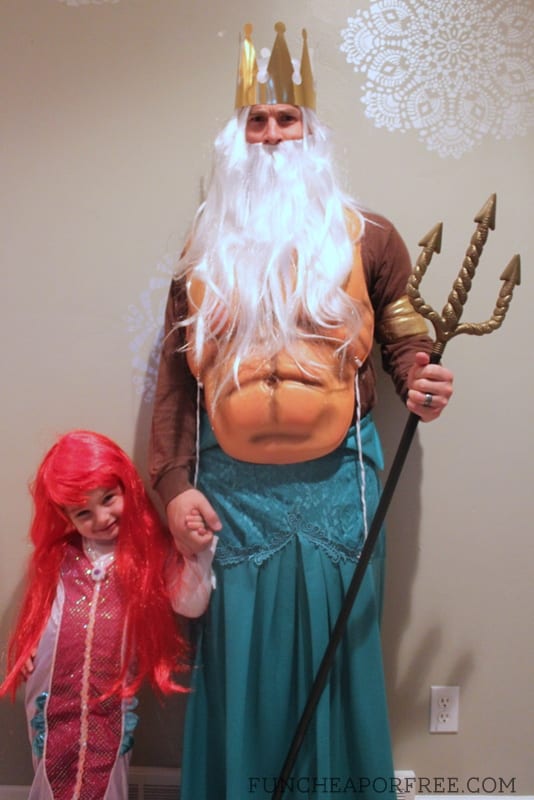 Oh hey, sexy Triton, making halloween pizzas for the kids! It's like seeing Gandolf in his college years… 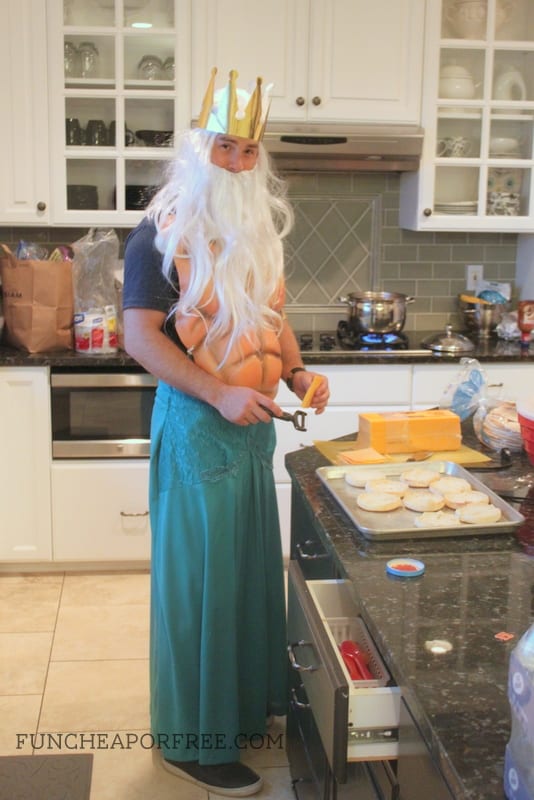 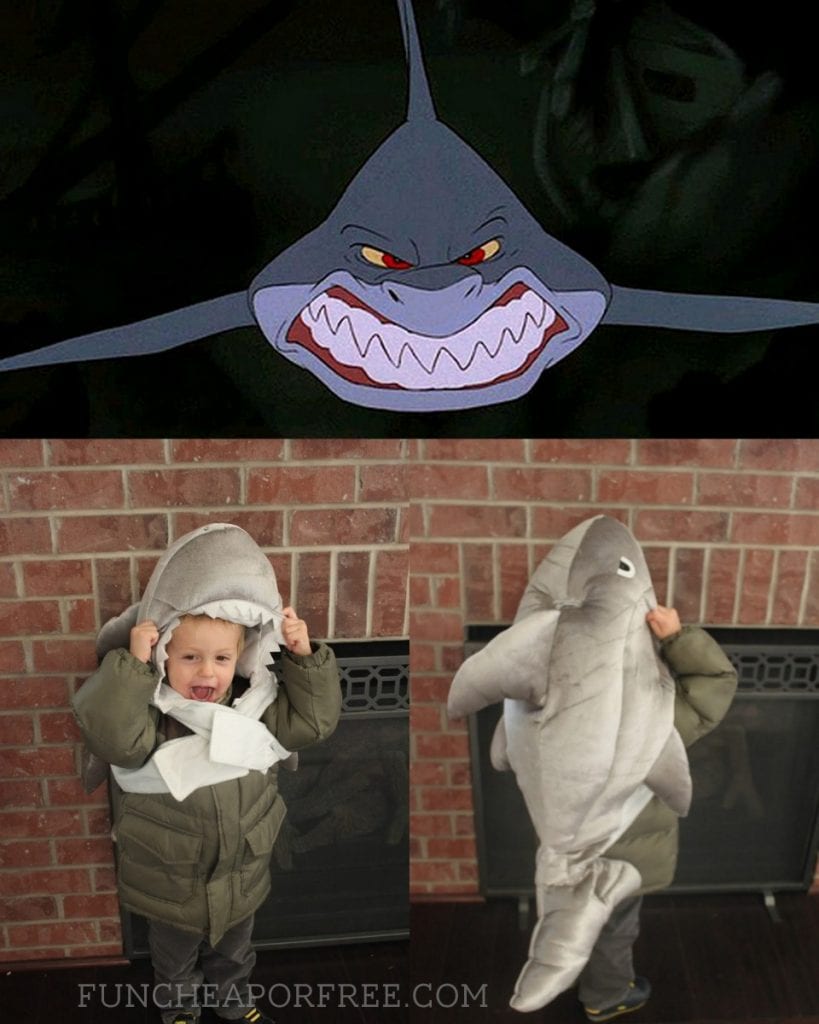 Of course, poor little beck didn't know (or care) what role he wanted to play in our Little Mermaid costume extraveganza, so we played a bit of musical chairs. One night he wore Ollie's old shark costume from our Finding Nemo costumes. He thought that was pretty cool, I thought it was pretty easy, making him my favorite child of the day. 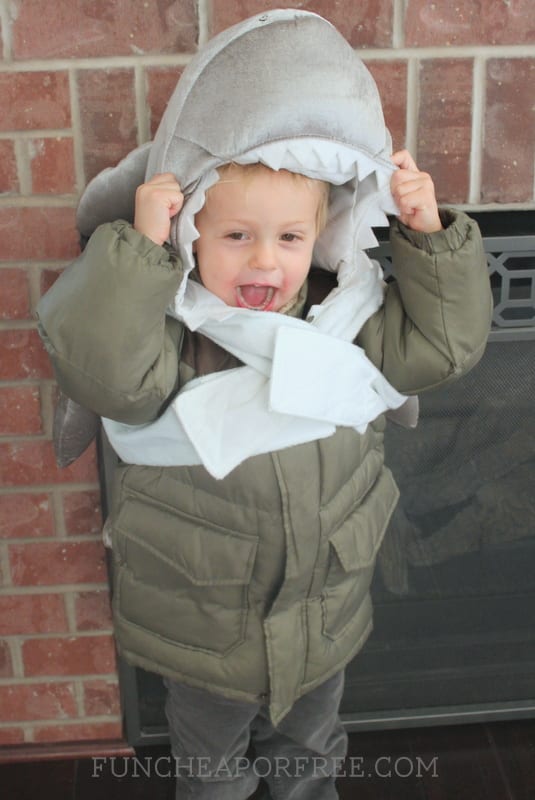 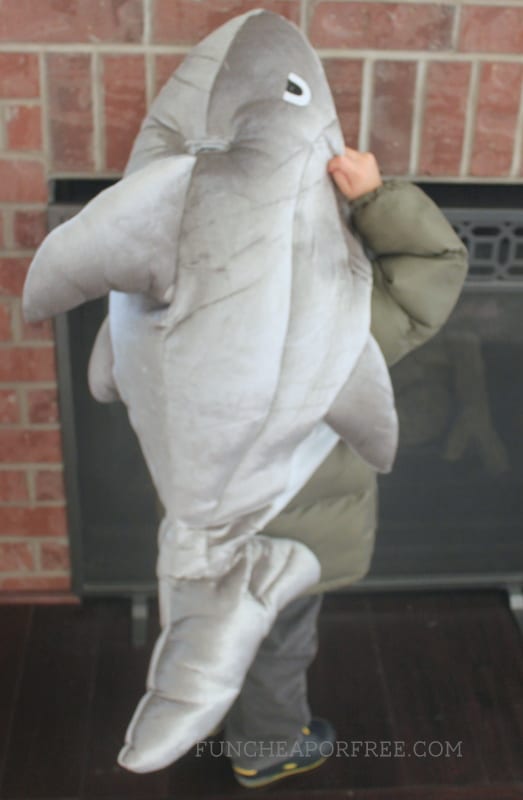 Then, Beck decided he wanted to be flounder (DOH!), so we dug through our old costume box, found our old “Dory” costume from our Finding Nemo costumes (aka a monster costume that we sewed makeshift fins to…), and called him Flounder. He was satisfied, so we shrugged our shoulders and went with it!

No really, just roll with it, ok?? 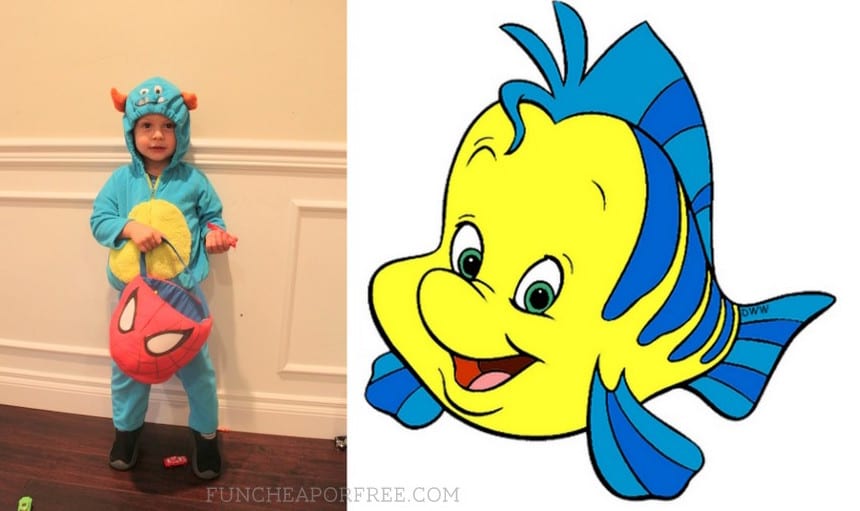 It was such fun putting the costumes together, and everyone loved seeing our wild crew at our Church party. 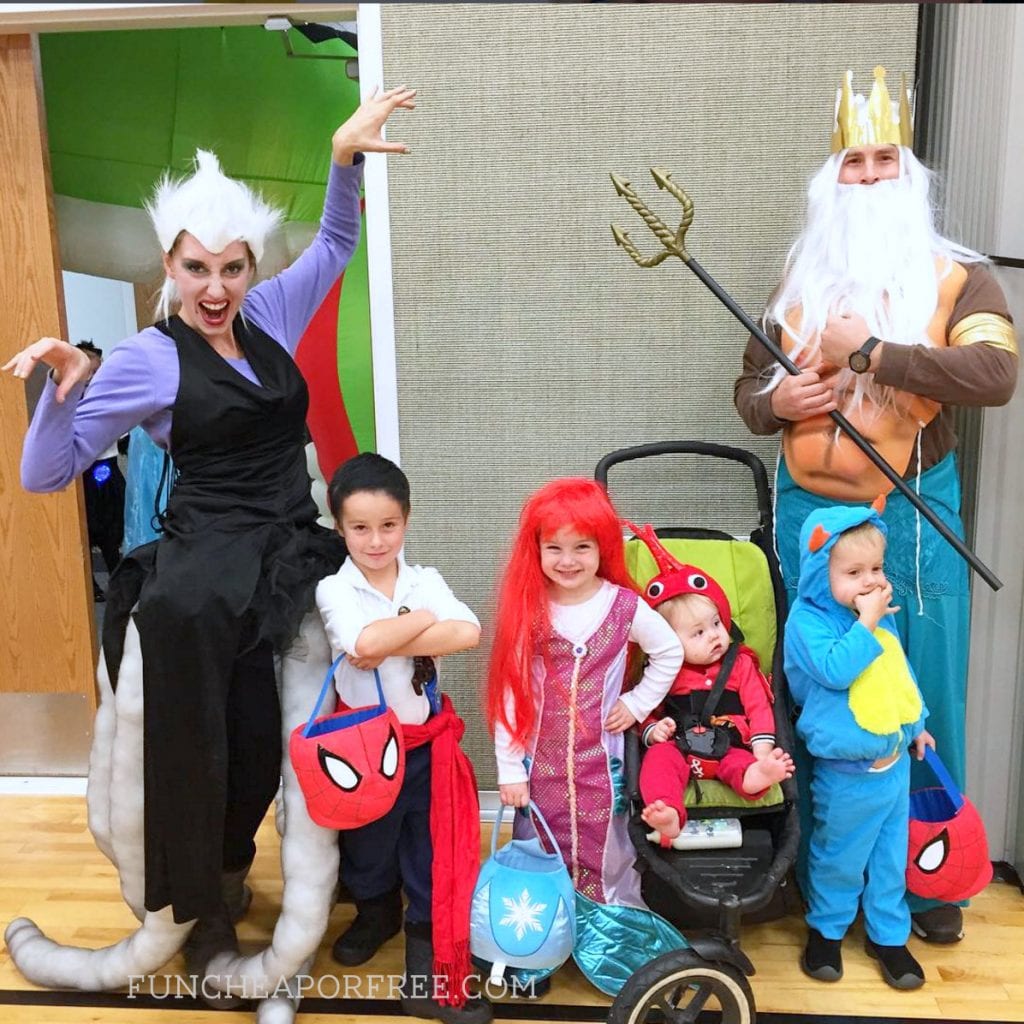 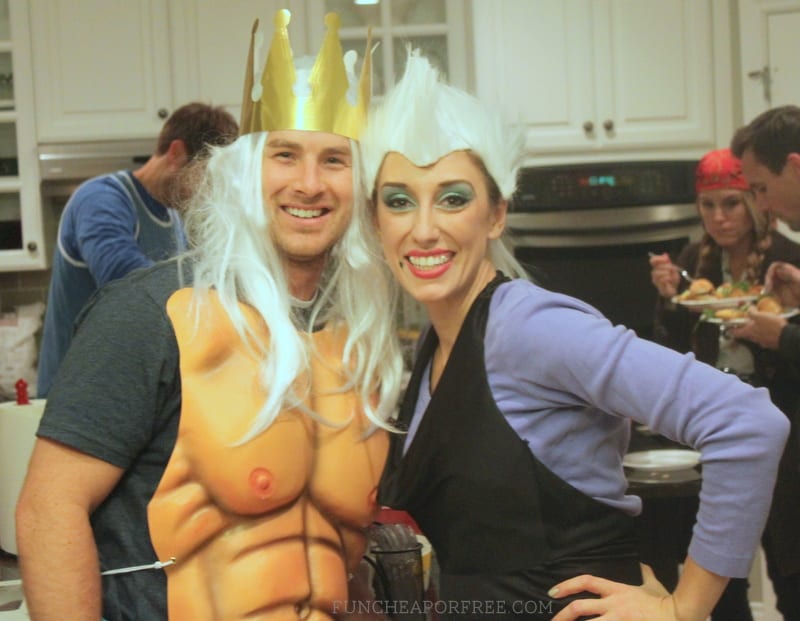 Any guesses as to what our costume theme is for this year??

What to do with leftover Halloween candy! (Recipes, decor, + more!)

Holidays, How To Save Money, Lifestyle, Shopping Tips

Where to find the best deals on Halloween candy!