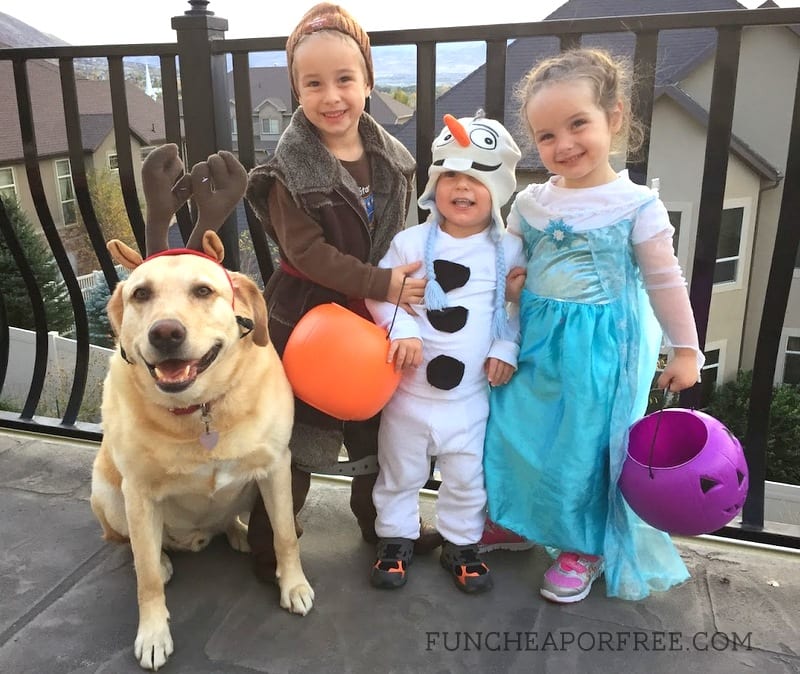 If you've been a Freeb for a while, you know that every year we do family-themed halloween costumes. I just realized that I failed to blog about our costumes from the last few years! Better late than never, eh? First up, our DIY Frozen Costumes. These were SO EASY because they were no-sew, and took little (to no!) effort (three cheers!!). Let me show you how we did it!

Psst…keep reading to the bottom to see our pas costumes!

Hutch and #PoorChubbyOllie were the handsome duo of Kristoff and Sven! 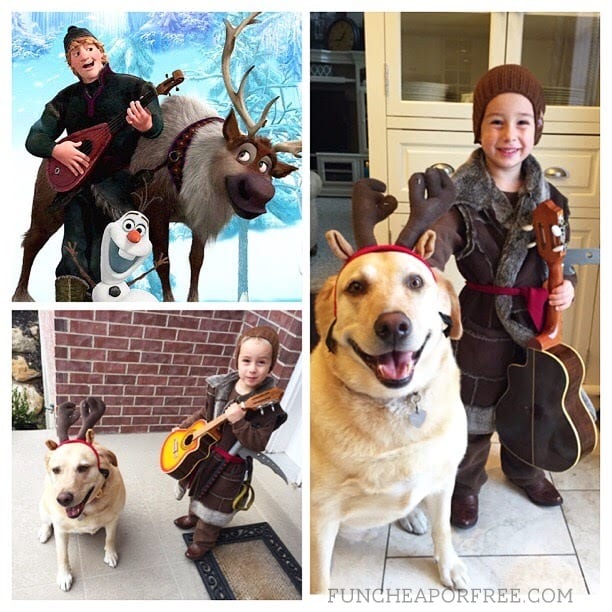 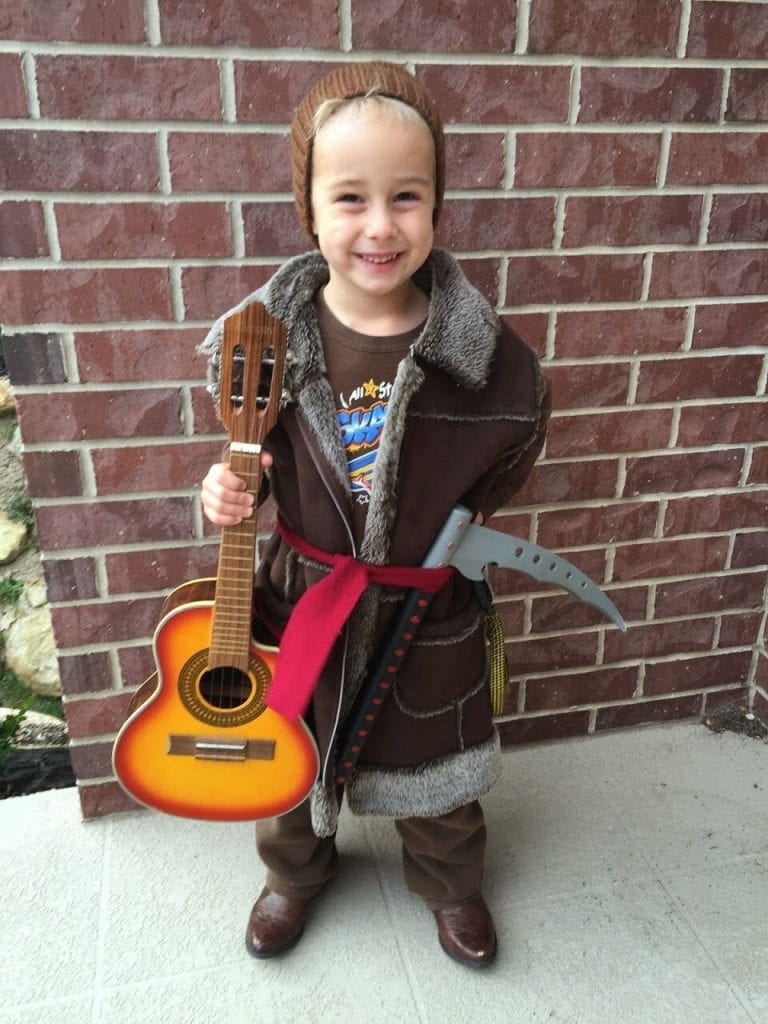 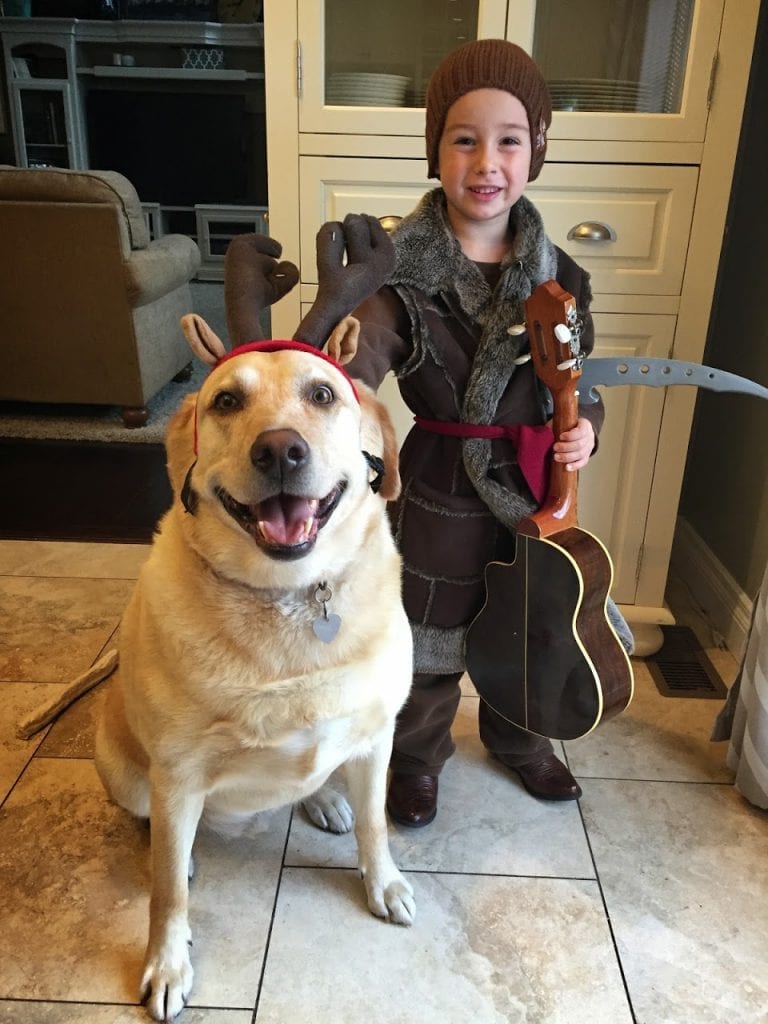 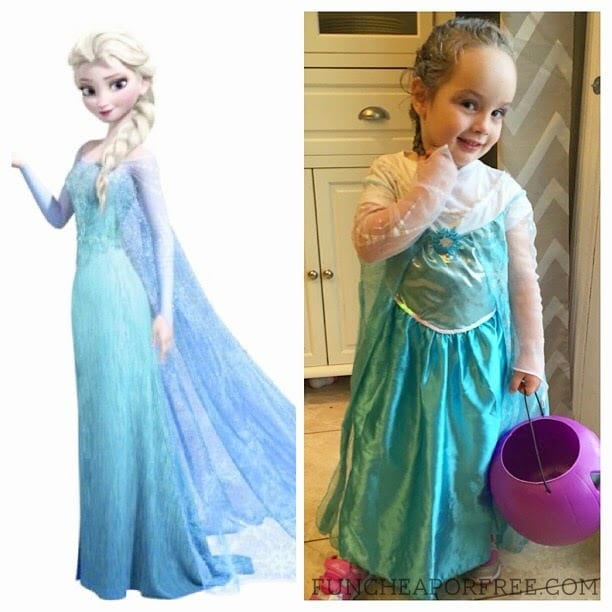 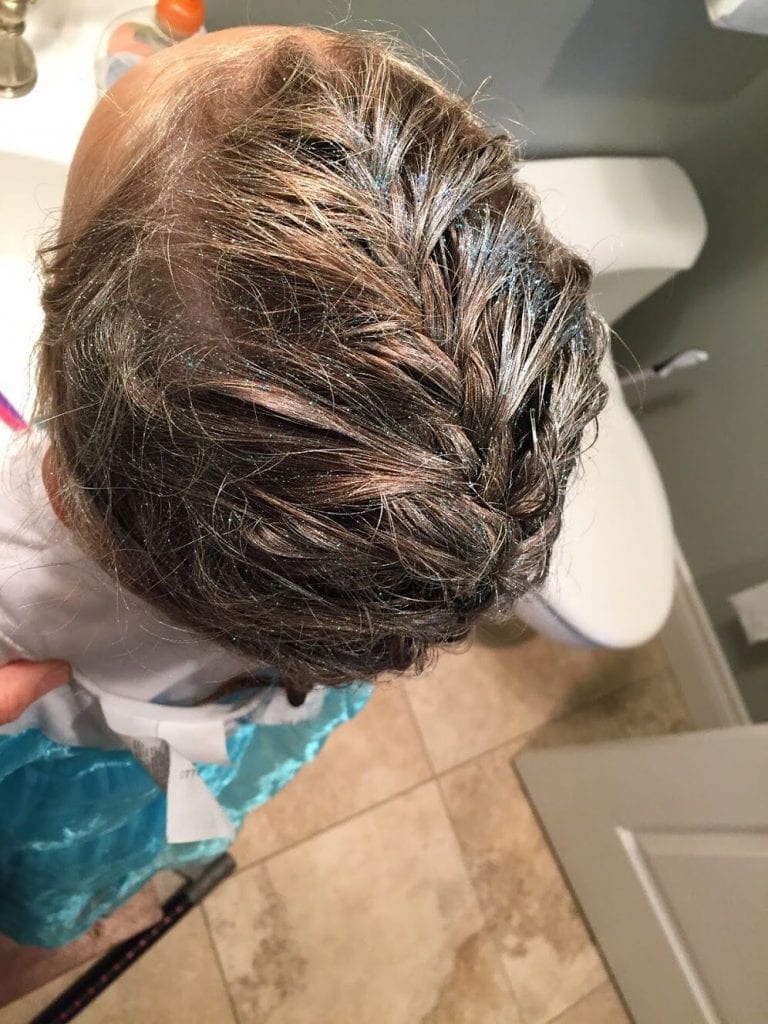 She wanted as much glitter and makeup as possible, so we did her up reeeeeal nice (said like cousin Eddy. Name that reference!). 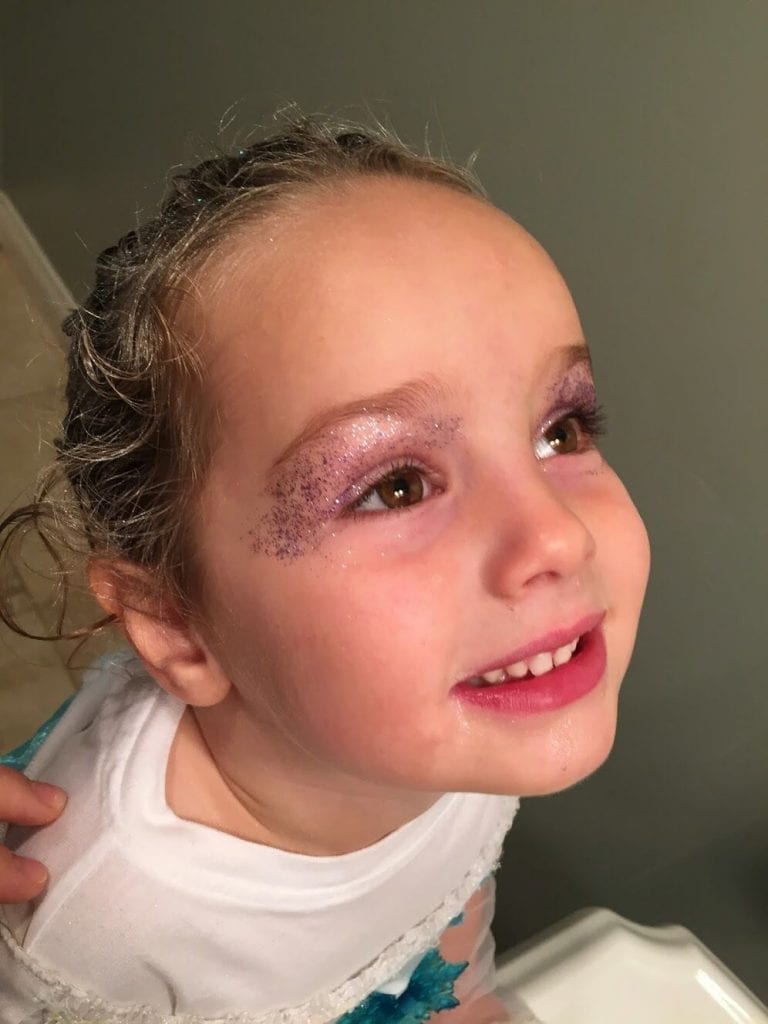 Beck was the perfect little Olaf! 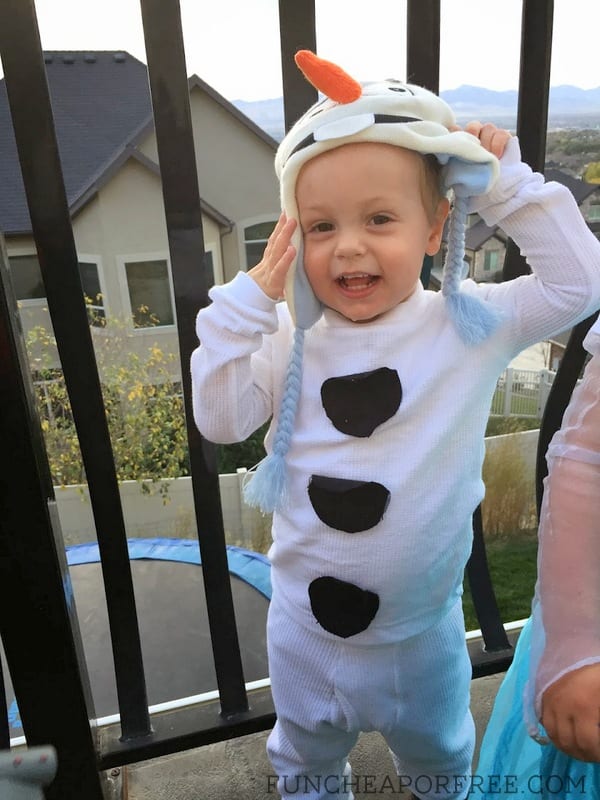 My Anna getup was completely pieced together with clothing I found second-hand at Savers, and some red cowboy boots of my own. I added a white streak (using the spray we already had for Priya), braided in pigtails, and I was set! 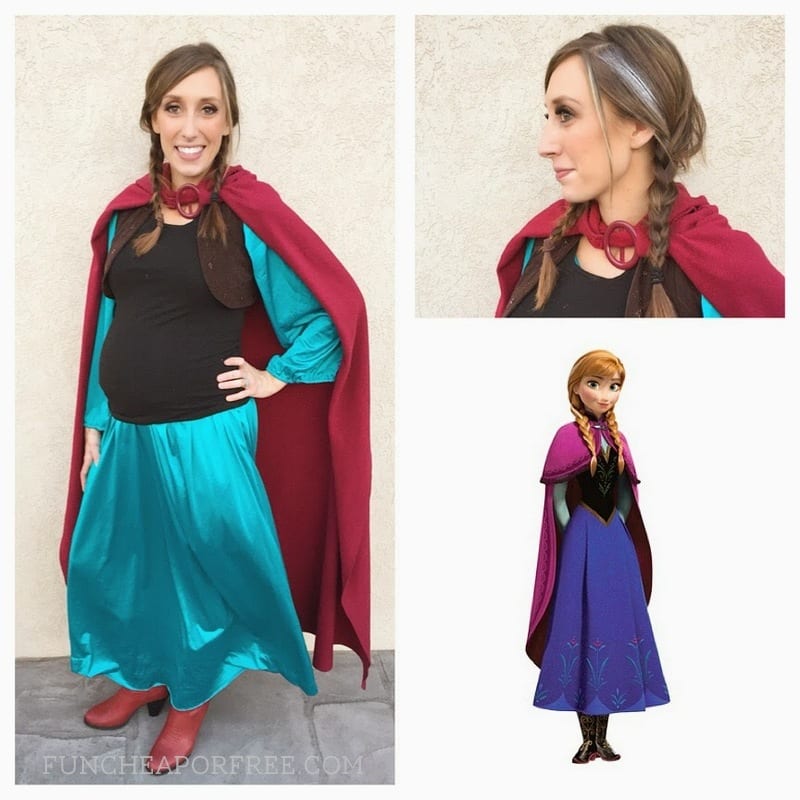 For Hans, Bubba borrowed a Prince Charming costume from his brother (same as this one) -not an exact match, but close enough (especially because it was FREE!). We sprayed his hair red, parted it down the middle, and the prince was ready to take the crew trick-or-treating! 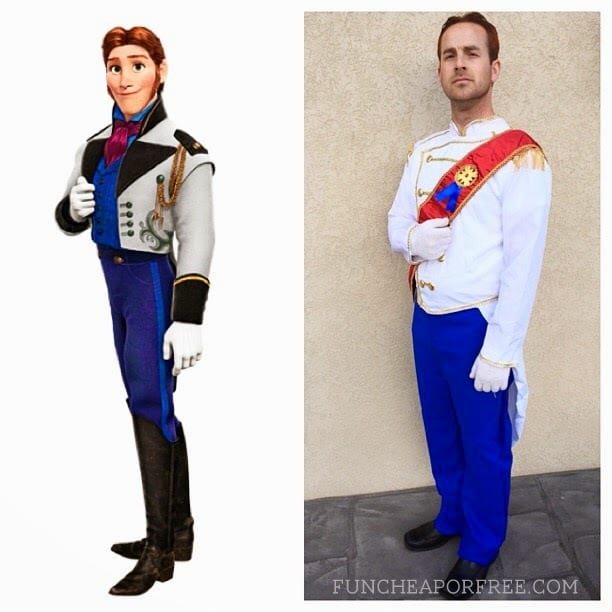 Here are our other costumes from years past: 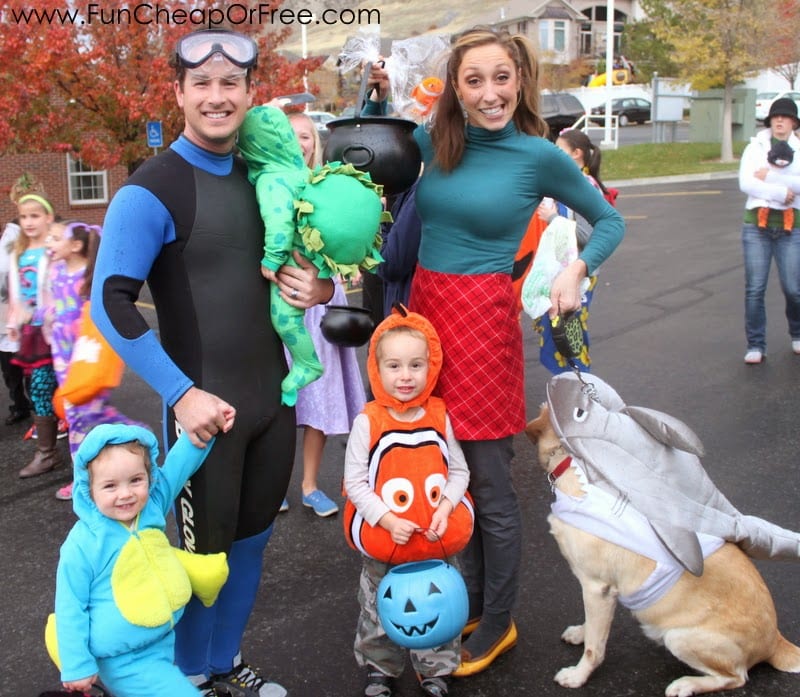 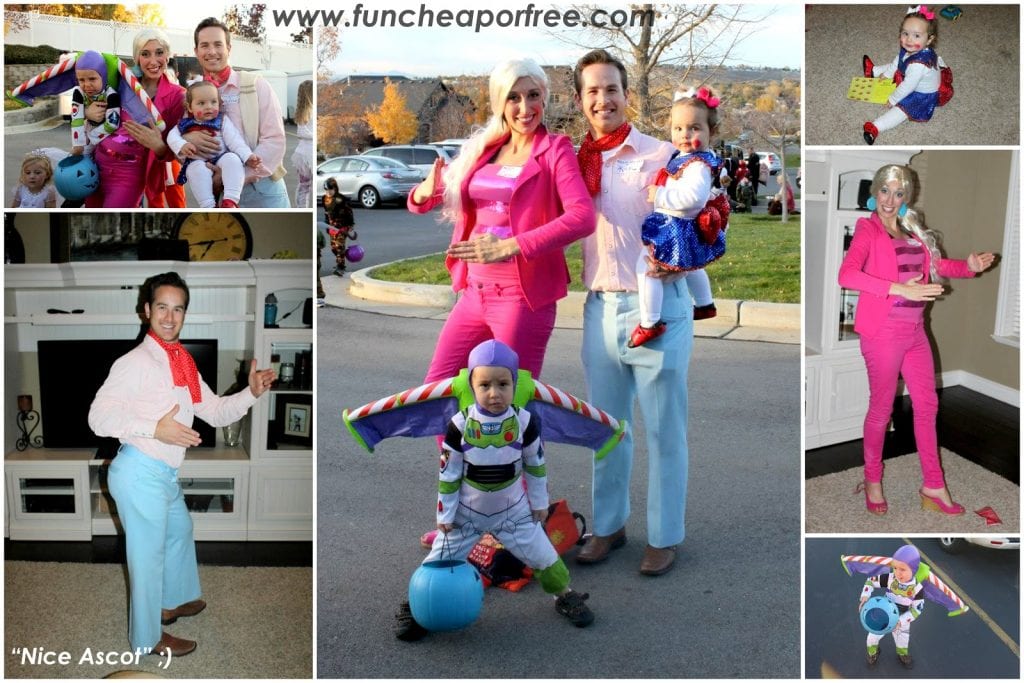 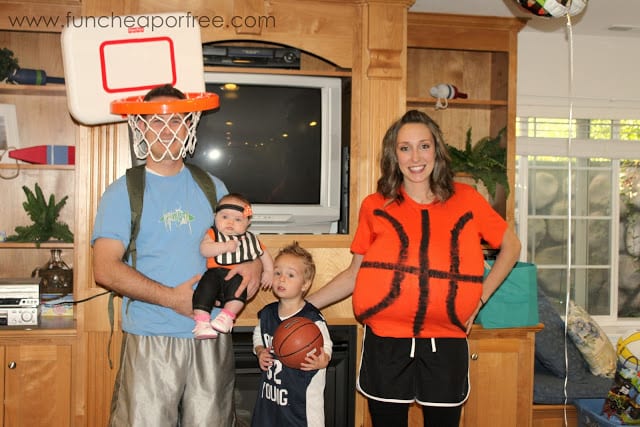 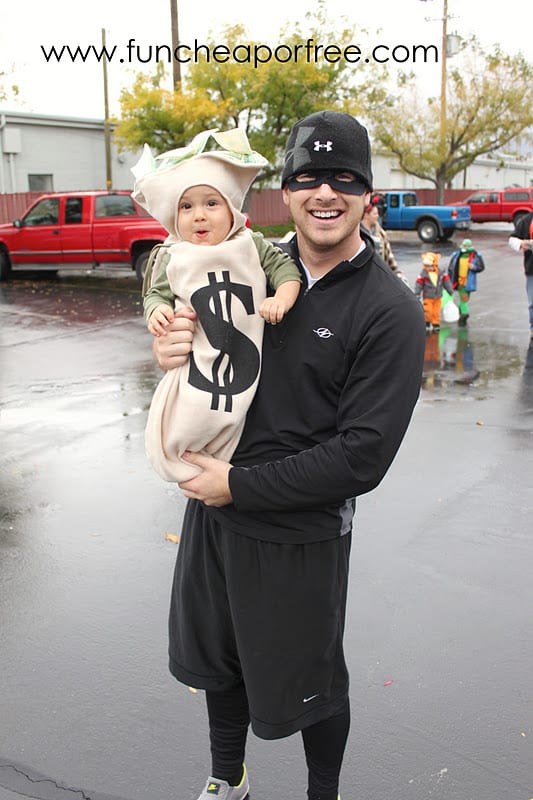 Can you guess what we are going to be this year?? Here's a hint… 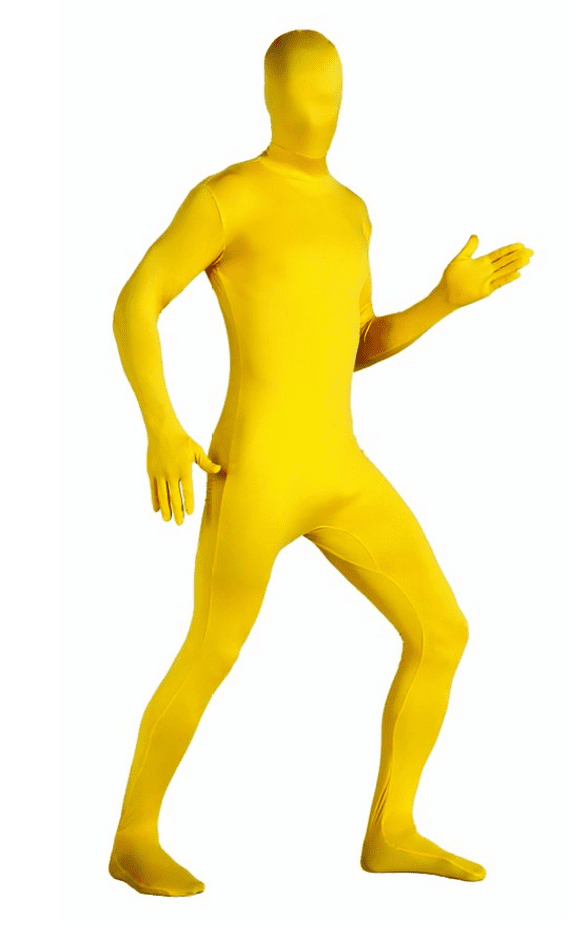 Super Simple Homework Station Ideas you will ACTUALLY use in your Home!